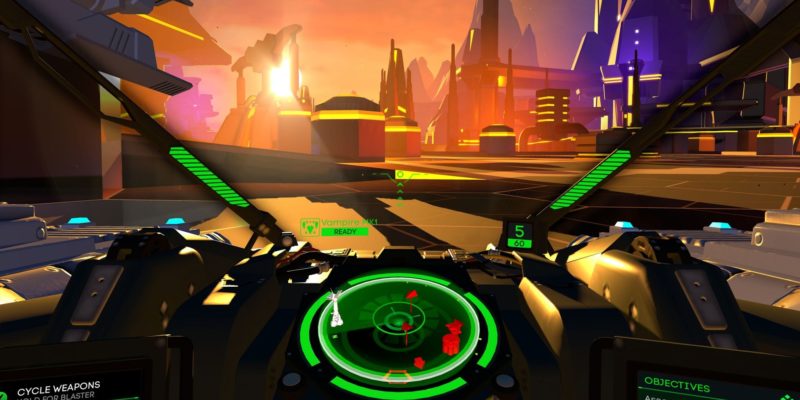 Rebellion’s reimagining of the classic BattleZone arcade game for VR is coming to the PC “soon”.

BattleZone VR debuted on the PS4 for PSVR and we knew it was coming to the PC but were not sure when. Today Rebellion has revealed that a PC beta test will launch on 19 April and interested Vive and Rift users can sign-up now to take part.

Sign-ups are now open on the official site and you will need to send over your DXDiag file as part of the sign-up process. The best test will run for a week.

The PC version of BattleZone for VR will come with improvements over the PSVR version such as ultra high-res textures, customised super-sampling, high-resolution shadow maps, and Oculus Touch compatibility.

The game will be available on both Steam and the Oculus store but there’s no release date yet. Based on what we know about the PS4 version, this could be something quite special on the PC.