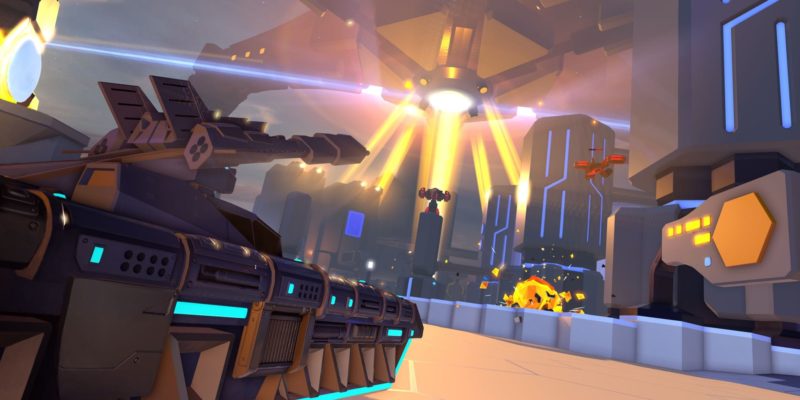 Battlezone was a great franchise for Rebellion to pick up. The studio have already made fine use of it by releasing a great remaster of the 1998 Activision version, while also working on their own VR take. Playstation owners have been able to play Battlezone VR for a few months, but it’s now the turn of PC players to check out this version on the Vive and Rift. For preview purposes I have been playing Battlezone’s closed beta on the Vive.

Battlezone VR pays homage to the original 1980 Atari Battlezone which proved so popular with its wireframe tanks. It was amazing back in the early days of arcade gaming, when simple 3D graphics were a real innovation.

In single player, the goal is to make your way across the map undertaking a series of short missions with objectives such as destroying an enemy core or stopping an infiltration. It’s standard stuff that lends itself to short bursts of gameplay, which, considering this is in VR, is probably just as well. After a while you will need a break. That said, there’s also an unusual element to the single player where lives need to be purchased in order to stay in the game. That’s done by collecting data from vanquished enemy tanks, which can be considered as the in-game currency. Data is required to upgrade your tank and its weaponry as well.

This might not appeal to everyone but I rather like the way it works. The map is procedurally generated too, so it’s going to be different in each new campaign you start. 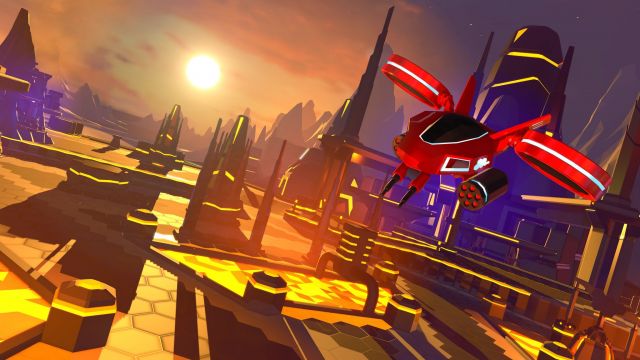 Screenshots look cracking but it’s not this good looking in the Vive.

PC players will need a controller for Battlezone VR and for testing purposes I was using a Steam controller. It has to be said the Steam controller might not be the best option because not having a proper right stick makes aiming the gun turrets a little tricky. The left stick controls the tank movement and the buttons select targets and allows you to cycle through weapons.  The default controls are quite logical but using the Steam controller’s right pad to aim the turret can be frustrating. If you have anything else to hand, I would use it. A keyboard option would be a good idea but I have not been able to find one.

The game looks okay in the Vive but it’s tending to suffer from some of the more annoying VR problems such as blurry text on HUD elements. That’s one of my pet hates, but is sadly still an issue in current headsets. Despite that, the Tron-like visuals do work well on the Vive. Sometimes the less complex the visuals the better they work in VR because of limitations to resolution. 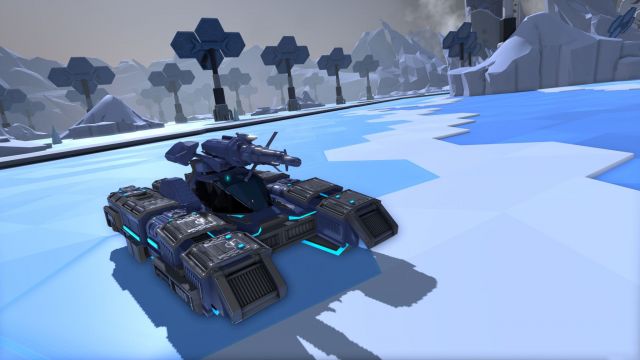 Resolutions in the Rift and Vive are still not that brilliant so fancy graphical extras are of debatable benefit. The PC version has higher-res textures, customised super-sampling, and high-res shadow maps, but the limitations of the VR medium mean those additions probably won’t exactly blow PC players away at present. Still, better to have them than not, and their full potential may yet be unlocked by headsets that are as yet unreleased.

Multiplayer is included in Battlezone VR and missions in a campaign can be played co-op; but sadly it’s been a little tough to find other players during this closed beta. That’s mainly been down to the scheduling of mid afternoon UK time. With that in mind, it’s tough to tell how the multiplayer mode will play out on the PC. Or whether there’s enough in the game to keep players fully engaged. Then again, it already looks to have more play options than most VR games that are being released. We’ll have to wait and see how it all comes together.

For Honor announces Shadow and Might, a second season of updates

By Tim McDonald14 hours ago
Interviews