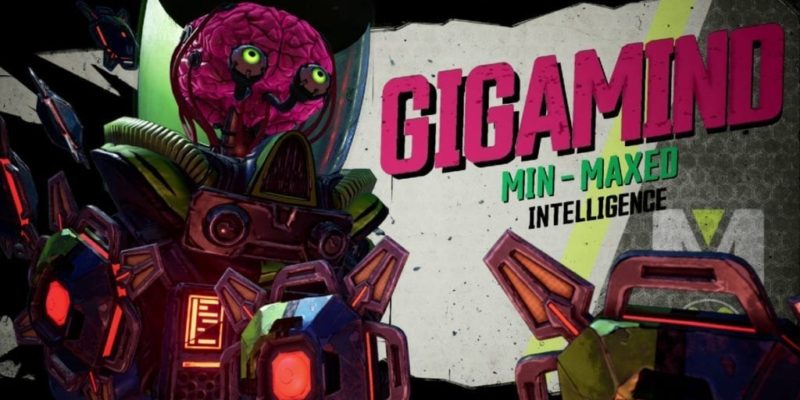 As Gearbox Software CEO Randy Pitchford said during the big Borderlands 3 gameplay reveal event, the game will feature more boss fights than any of the previous games. He explains that it’s because they’re “exciting opportunities for players to have their skills tested” and so that they can be rewarded with kickass loot.

Video of our hands-on action can be found below following the description of how we reached the Gigamind Boss battle. 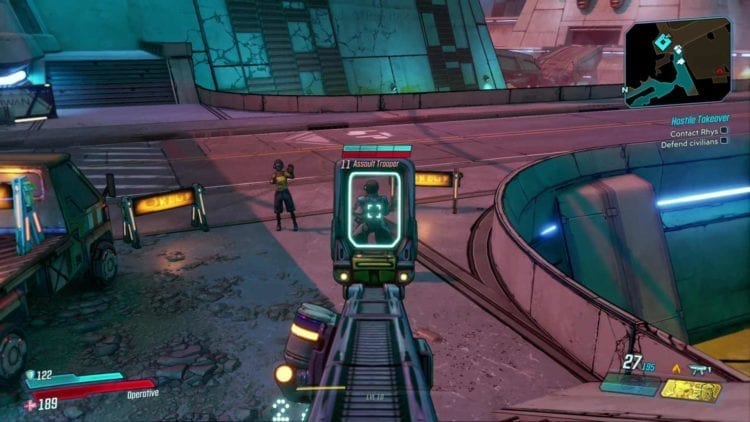 For the first time in the Borderlands franchise, players are leaving Pandora to explore new worlds, with the first being Promethea, where Atlas Corporation is headquartered. The company is in the middle of fending off a hostile takeover by Maliwan, which in the Borderlands universe means an actual armed invasion.

Making matters worse is the fact that Maliwan is partnering with the Calypso twins, the new villains in Borderlands 3 who head The Children of the Vault cult. So, as a Vault Hunter and member of the Crimson Raiders, not only do you have to fight off professional soldiers equipped with high-tech elemental weapons, but you’ll have to combat bandits, and deadly creatures while traveling through the ruined city.

Playing as the new Operative class Zane Flynt, I equipped myself with the ability to summon a flying drone to shoot at enemies. Flynt is the only character who can have two active abilities at the same time, so I also put in a holographic decoy to replace my grenade slot. Unlike other decoy powers, this hologram actually does damage to enemies, and I could trade places with it if I needed to. My strategy for winning, as with most things in Borderlands 3, was to use overwhelming firepower. 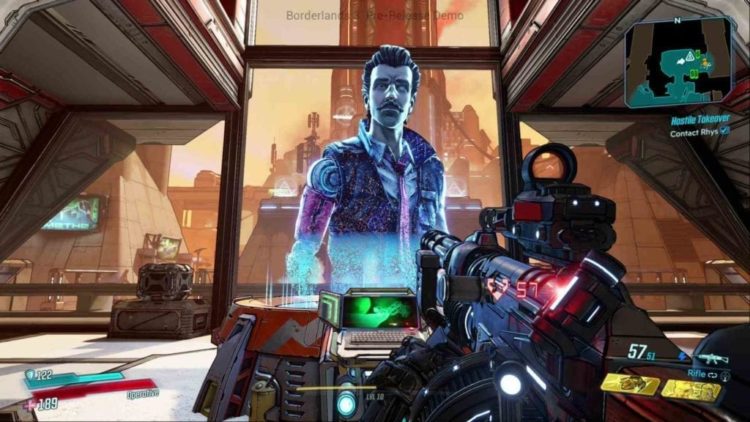 Shortly after landing on Promethea, I met a new character named Lorelei, who led me to the communications room to contact Atlas headquarters and meet its CEO Rhys, who was one of the main characters in Tales from the Borderlands. It took a long a difficult firefight – which included a lot of actual fire from Pyrotech soldiers – to reach him, but I managed to get through. Fortunately, NPCs like Lorelei are now able to revive downed players… not that I needed it or anything.

He was expecting an army of mercenaries to show up and was apprehensive about relying on a single digit army to repel an invasion, but he soon learned to work with what he had. My job was to meet up with an Atlas agent, who turned out to be Zer0 from Borderlands 2, and break into Maliwan’s weapons facility to obtain its corporate secrets. In other words, a lot of killing was in store.

After blasting through Maliwan’s forces and upgrading Zer0’s sword so that he could literally cut through force fields, we made our way to retrieve the data for Atlas. However, it turns out that Maliwan’s data isn’t stored on a traditional memory storage device guarded by an artificial intelligence. It’s actually on a squishy, organic brain stored inside a jar atop a robotic body. 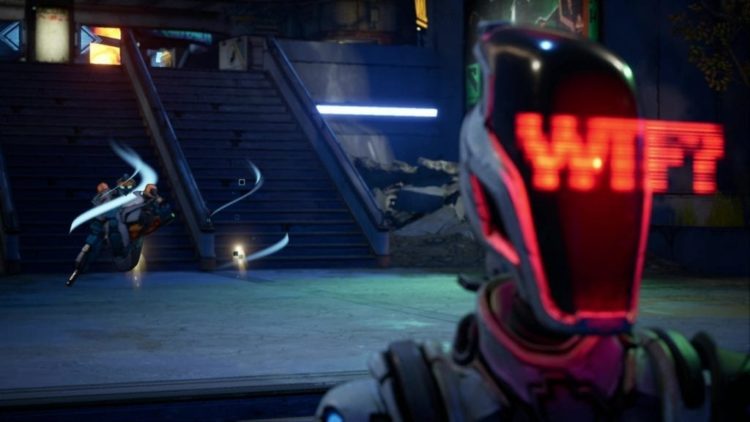 You get to fight alongside Zer0 again for the very first time.

I was meeting the boss Gigamind for the first time, and he introduced himself by using remote-controlled drones to try to destroy me. It was clear that the only way to breach this system was to “hack it” with my guns.

The battle is both entertaining and relatively straightforward. Gigamind likes to use his drones to communicate while attacking, creating patterns, symbols, and angry faces before striking. He rode around on a drone while Maliwan troops came pouring into the arena. Although the drones could fire lasers, they often broke off into groups to ram into me with explosive attacks.

Having a holographic decoy and drone was immensely useful during the fight since I could attack from multiple angles. My decoy likely saved me from being hit with some of the more devastating attacks, and it helped to get around the drone laser shield the boss summoned. Gigamind didn’t appear to have any specific resistances but shooting at him with my rocket launching shotgun was extremely effective. 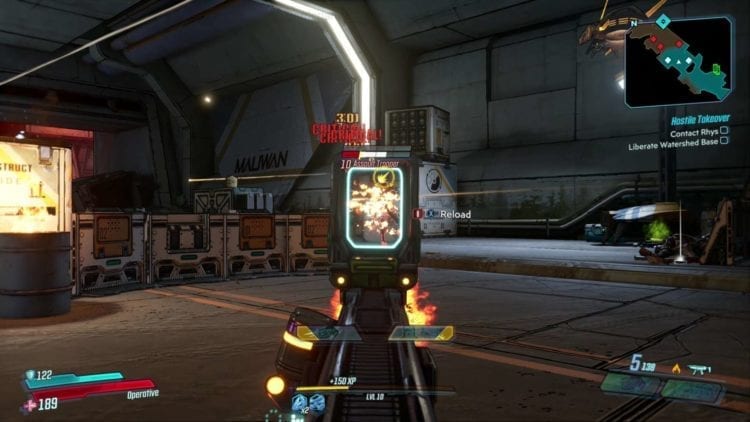 Taking on enemies in Borderlands 3 requires a lot of fire and power.

I was eventually able to break through Gigamind’s defense and literally blow his brain out of the jar. Out sprang a load of loot, including a legendary submachine gun called the Smart-Gun XXL, which fires two bullets per shot and can be thrown against walls to become a turret. Having a third option for remote firepower was fine by me!

I returned the communications room with the brain, but Rhys would rather do selfish things like save his own company than help me find the new Vault and protect the galaxy. But negotiations went quickly when Flynt threatened to destroy the brain. So, Rhys agreed to help me find and open the Vault, and I put the brain on a spike to be scanned.

That is just the start of a massive adventure that’s to come when Borderlands 3 launches on September 13, 2019!

By Kevin Carignan14 hours ago
Features