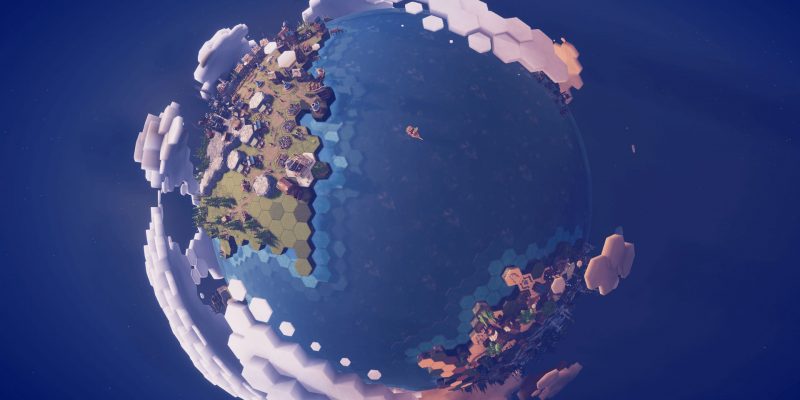 Balancing Monkey Games, the developer of Before We Leave, and publisher Team 17 have just announced a partnership that will bring the non-violent city-building sim to Steam. The developer initially intended to self-publish the game. However, it has now decided to focus its energy on development. Before We Leave will launch via Steam on May 13.

The announcement was accompanied by a new trailer, which is actually an old trailer with some new Steam branding. You can check it out below if you’d like a recap or have never seen Before We Leave in action before. It’s a very soothing watch.

Where are we going?

Well, there was an apocalypse. But it didn’t spawn hordes of zombies or demons. So, now that the world is habitable again, and it’s ripe for exploration. You will guide the surviving peeps (that’s the actual name of the people) as they set out to rediscover the world.

You’ll begin with a modest settlement and grow it into a sprawling colony. As you expand, you’ll research new technology that will help you explore, trade, and develop more advanced structures. You’ll also need to ensure your peeps are kept happy. Things like pollution don’t go down well. Whereas an abundant supply of food and resources makes for happy peeps.

Once you’ve explored the mountains, forests, and oceans of the planet, you’ll set off into space to explore and settle on new worlds. Since the game’s initial launch in 2020, several new biomes have been added, including the swamp, rainforest, and crystal isle. There are also new vehicles that can be used to venture into the unknown. Not to mention some new infrastructure to help your peeps thrive. There’s even a Kraken, which in keeping with the game’s style, isn’t violent.

Before We Leave already has a Steam page up ahead of its launch. You can add it to your wishlist if you like what you’ve seen so far.