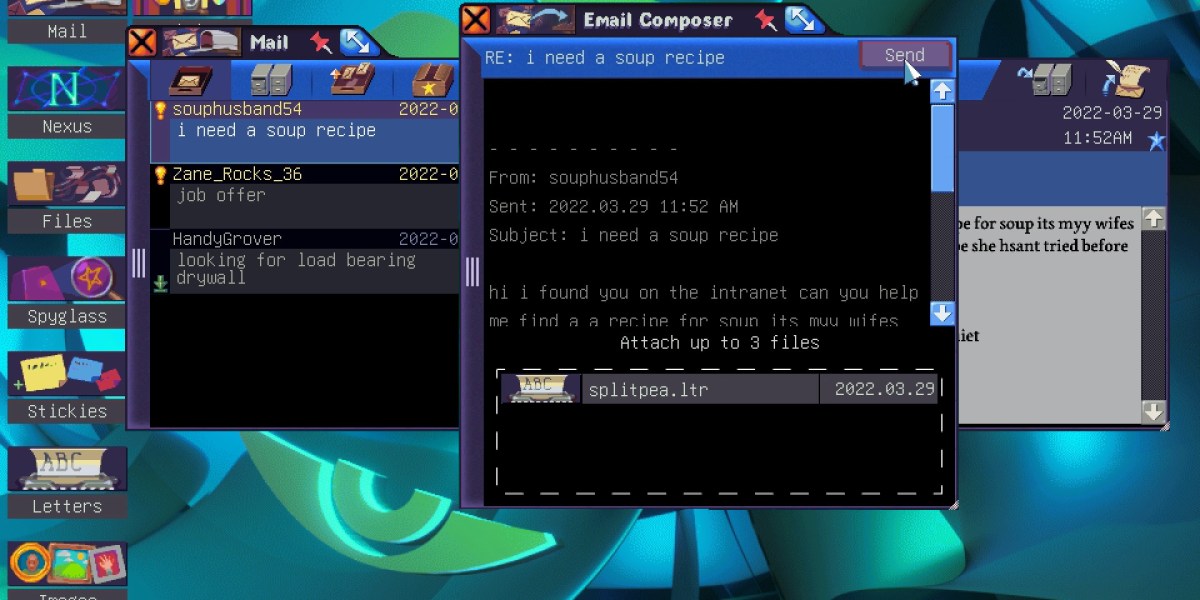 Back in 2019, developer Tendershoot released Hypnospace Outlaw, a simulation game that serves as a parody of late 1990s internet culture. It received fairly high praise from critics, but general audiences seem to have loved it even more, as it has an “overwhelmingly positive” rating based on over 2,103 user reviews on Steam. Some players may have wanted to spend more time within the world of Hypnospace Outlaw, and fortunately for them, the developers have done more than enough to answer their call. Just today, publisher No More Robots announced that Hypnospace Outlaw will receive two fully-fledged follow-up games, both of which will come out “soon.”

The first of these new games, Dreamsettler, functions as a spiritual successor to Hypnospace Outlaw that builds upon the world that its predecessor set up. Dreamsettler simulates the internet of the 2000s, where players can browse to their hearts’ content. As they do so, players will download a variety of software, including apps, games, and music, that will raise their profile. They’ll also respond to emails from individuals requesting their aid. Over time, players will uncover a series of conspiracy theories tied to an online plot that they will get increasingly involved in.

What about the second game?

The other game, Slayers X: Terminal Aftermath: Vengeance of the Slayer, spoofs first-person shooters from the ’90s, like Doom. It stars Zane Lofton, a fan-favorite character from Hypnospace Outlaw, as he tries to defeat The Psyko Sindikate, an evil organization that creates deadly foes using “Hackblood” energy. In-universe, Zane made this game himself, so it should give players a clear picture of his eccentric personality and mindset.

The fact that fans of Hypnospace Outlaw can soon play two new games set in the same world will probably come as a huge, yet pleasant surprise to them. Hopefully, both games satisfy fans in their own, unique ways.

Unreal Engine 5 is out for all, and the new Tomb Raider is using it