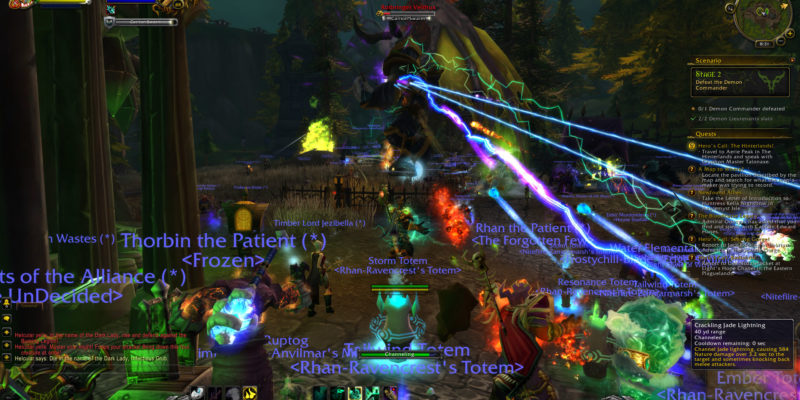 One of the best aspects about World of Warcraft is how almost any character type can be named anything. It opens up some excellent possibilities for roleplaying, of course, and it’s also prime fodder for the zaniest, funniest, and inspired character creation. All that means it’s a tough call to choose the cream of the crop with so much material out there. After much digging and soul-searching, though, we’ve put together a list of what we think are the best character names in World of Warcraft history. 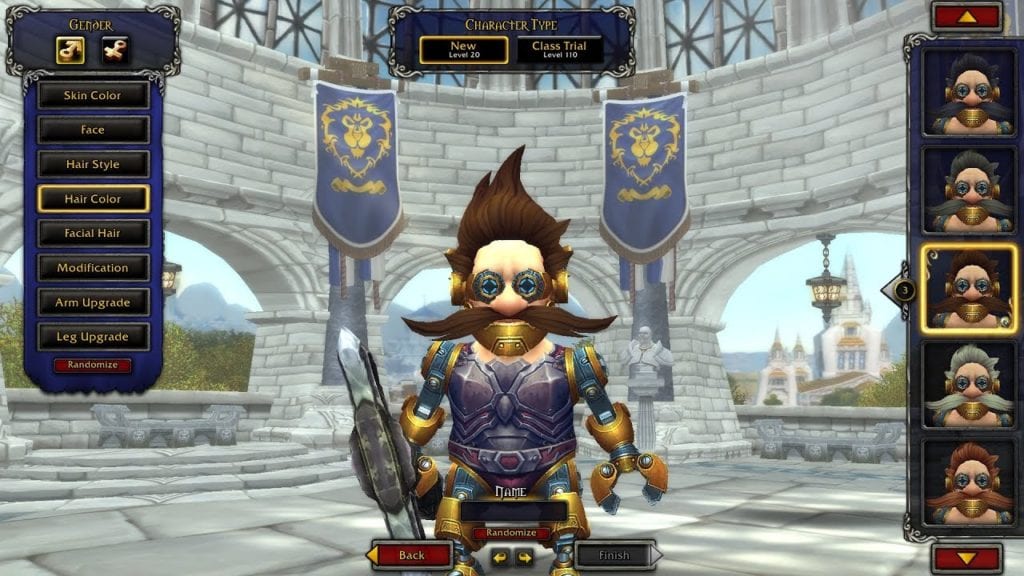 Mechagnomes are latecomers to the World of Warcraft allied races ranks, and they’re a pretty interesting bunch. The race is born from a segment of gnomes determined to overcome the limits of the flesh and live forever. It shouldn’t be too surprising to hear they tried accomplishing this with machine fusion — hence the name.

This one is practically a nonsense name, like what you’d get if Lemony Snicket re-wrote “The Lord of the Rings,” but that’s partly the point. On the one hand, it’s a verbose fantasy name perfect for the WoW setting. On the other, it lends itself to imagining machinery and split-natured beings with ease. Fizzletorque brings to mind some sort of arcane item birthed in the mystic forges of a faraway land, and there’s no coincidence the name is attached to the end of a normal-sounding fantasy title. It’s just like the mechagnomes themselves, not really one thing or the other, but a quirky combination of both. 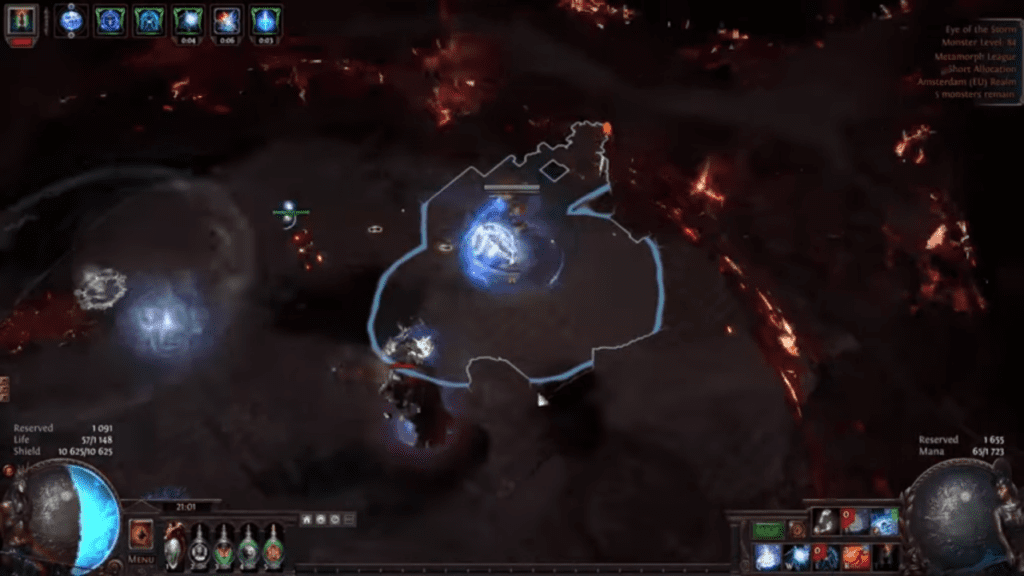 This one stretches back through the mists of time — or the Mists of Pandaria, to be more precise. Reddit user Kaeladen recalls a friend who had a character dubbed Alarmclock the Wakener (cue the punny joke drum sounds).

Wakener is a title you can earn after you clear quest lines related to the Klaxxi Paragon, which takes a while and a good bit of effort. While we’d love to know how far in advance the original namer actually planned this out, it also speaks to fantasy naming conventions in general. If you don’t really think about it, Alarmclock the Awakener sounds normal, like something you expect to hear out of a fantasy title.

Multiple syllables? Check. Shmancy-sounding title at the end? Check. Expert wizard exploited by his superiors and cast down by a Balrog? Maybe. Silly? Oh… yeah,  yeah it is. Fantasy has conditioned us to accept the ridiculous. On the other hand, it means we get this in a list of best character names in World of Warcraft, so it’s a fair trade-off. 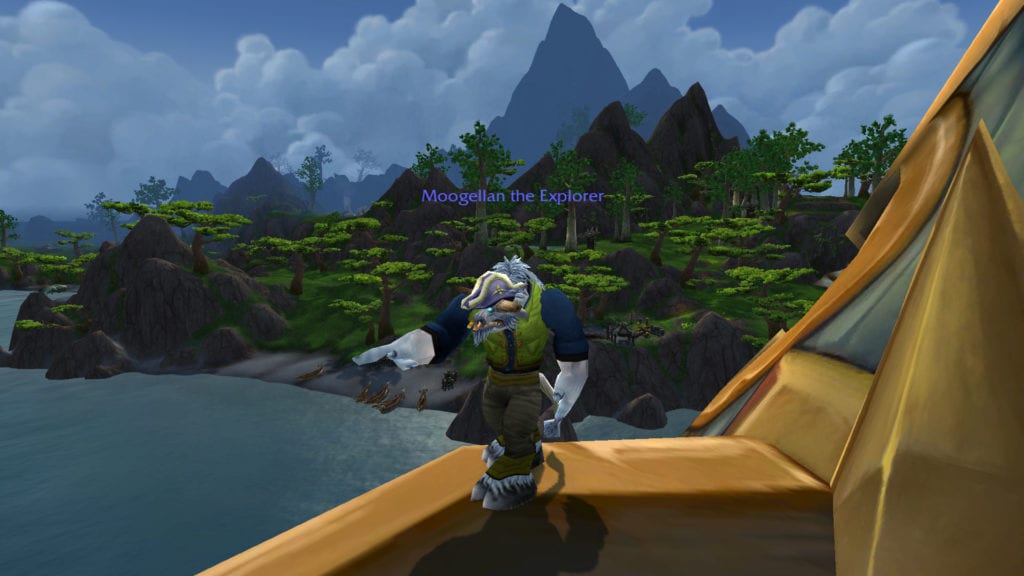 Explorer is one of the many (many) titles your characters can have attached to their name, which opens up a whole range of other possibilities in the world of zany naming. It’s only natural Dora would be a common name given to an Explorer, for reasons we likely don’t need to explain. (Dora the Explorer, in case you missed it).

That’s amusing in itself, but one of the best Explorer names is Moogellan the Explorer. Moogellan is the blue, undead cow creature you see above, and its creator put a fair bit of thought into it. It’s a chance to get the poor explorer around the world at last, but it’s okay even if the effort fails.

You see, Moogellan is an undead explorer cow/Tauren, so there’s really no hurry at all. He’s already died trying, so he’ll get there. Someday. 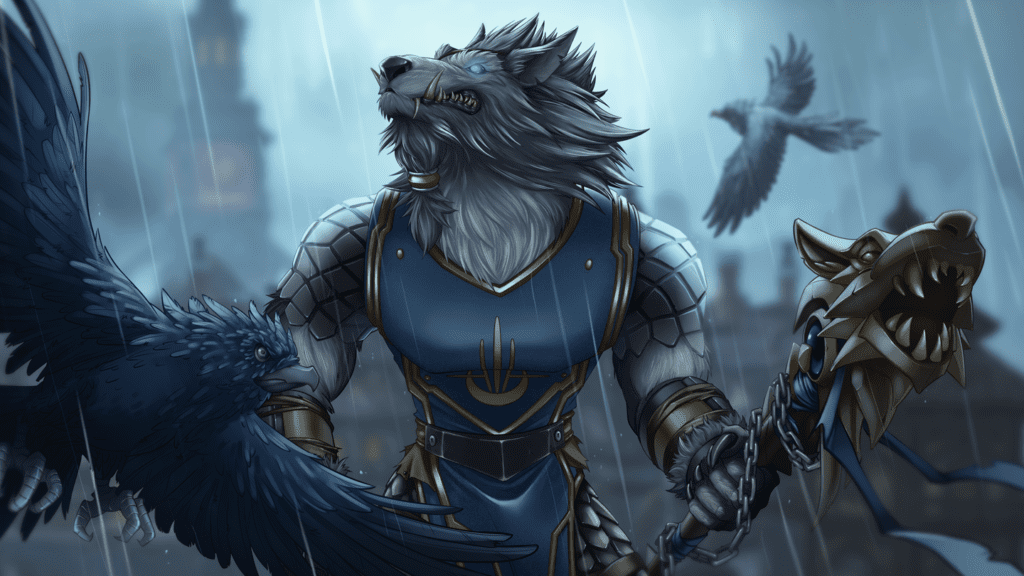 This definitely deserves the title of best name in World of Warcraft history for its blending of both WoW lore and real-world lore. Worgens are monsters, obviously, but not just any monsters. They were once innocent people inhabiting an isolated kingdom, until forbidden Druid practices transformed them into hideous wolf-like creatures, a twisted mockery of the wolf Ancient.

Grendel is the twisted, monstrous beast serving as the hero Beowulf’s primary foe in the classic Saxon legend of Beowulf. Grendel, too, was thought to be rather more innocent in an earlier time. Some recent re-interpretations even cast Grendel as the outcast hero, shunned by society and punished for being different.

In other words, True Grendel potentially means a lot of things to a lot of people. But if you’re playing World of Warcraft PvP, it more than likely just means you’re about to get chomped. 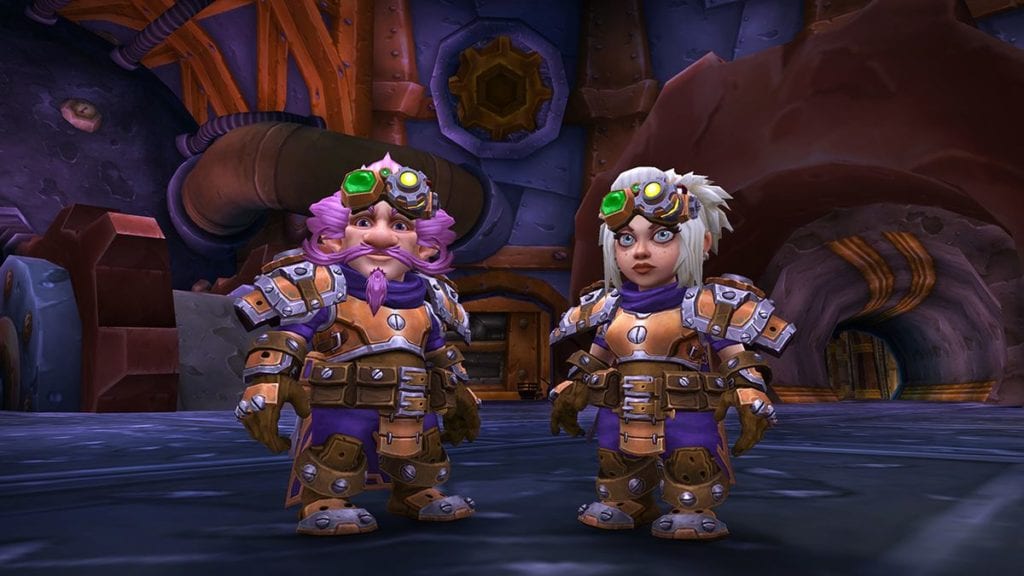 Gnomes get the pun treatment constantly in World of Warcraft. From Gnomercy to ShouldHaveGnome, nothing is sacred for the little folk when bored character creators get involved. Easily the best World of Warcraft name for gnomes, though, is Metrognome.

It sets your rhythm. It divides your time into manageable sections. It’s a catchy tune all on its own, and a pun that barely needs a respelling. It’s Metrognome! With its non-gender-specific style, Metrognome is suited for any Gnome character in need of some control and order in their lives.

And yet, despite countless sightings of Metrognome names, there aren’t any pictures for solid evidence yet. 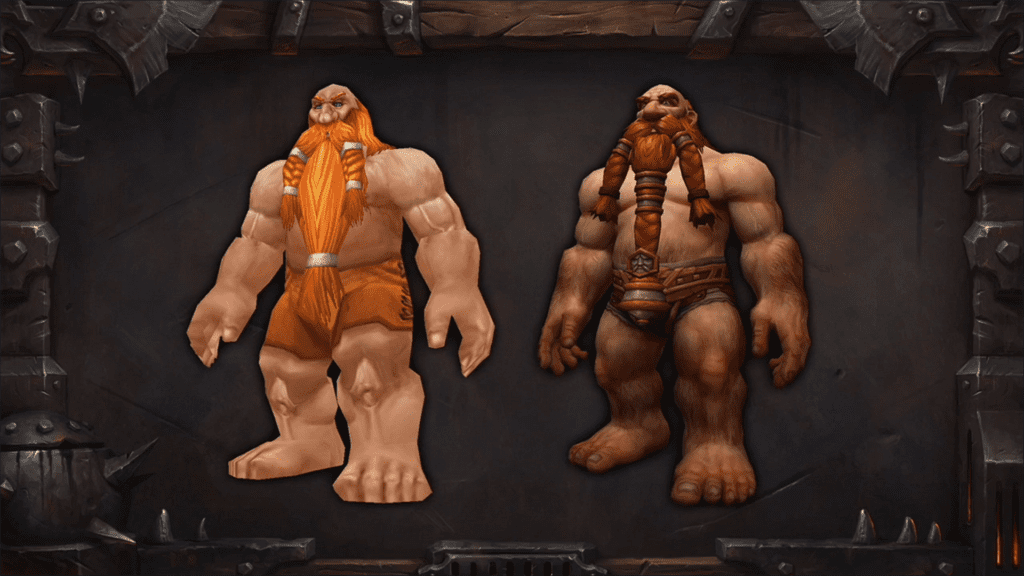 Some of the best World of Warcraft names are parodies of well-known celebrities or other popular names. One that stands out among the manifold Oprahwindfuries and Internet the Explorers, though, is the Dwarf Hunter called Quartzeneger.

It’s… absolutely perfect. Sure, Arnold Schwarzenegger is over six feet tall and probably doesn’t hunt for precious gems in the dirt. But you can just imagine a burly World of Warcraft Dwarf-tank running around, popping enemies left and right with extreme strength, and maybe even speaking in an exaggerated Austrian accent while hunting for quartz.

The creator, u/sacrefist, mentioned Quartzeneger just a few months back, so he very well could still be roaming around. If you haven’t seen him, you probably shouldn’t worry. He’ll be back. 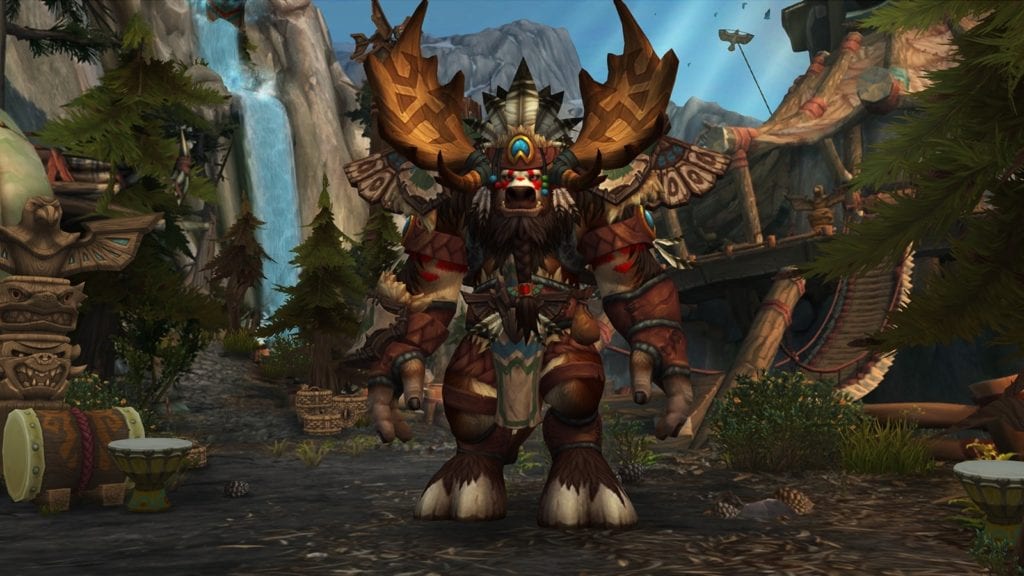 The uninitiated might need a small bit of background context here. Tauren are cow people, basically. They’re normally peaceful and serve their Earth Goddess faithfully. Despite being peaceful by nature, though, Tauren haven’t hesitated to stand up for themselves and push back the forces of darkness in the past.

That’s where Cattlerage comes in. It’s like a pun on mad cow, but it’s not a pun because it literally is a mad cow. It’s a cow on a rampage, determined to flatten all foes and satisfy its lusty appetite for destruction.

Or it might just be a joke its creator, the friend of Tarrz, found amusing — could be either one. 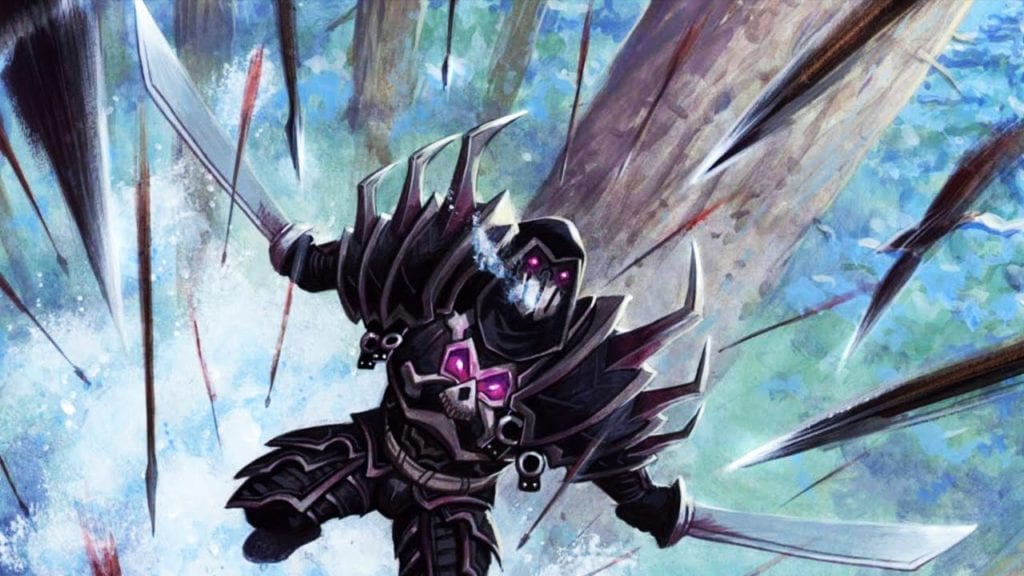 Bunny over on the Blizzard forums said they’d once seen a Rogue called Joker, as in Joker from Persona 5. It was really only a matter of time before someone did this too. Rogues in World of Warcraft are known for stealth, thievery (not necessarily phantom thievery, mind you), and knife attacks. Joker is fast, nimble, and wields a knife in Persona 5. It just works, which is why we think it’s one of the best character names in World of Warcraft.

Rogues also specialize in combos. These are usually fast and linked attacks that build up to gradually doing more damage. So the only thing missing here is knocking the enemies down for an All-Out Attack, really.

If you see a Rogue called Joker, make sure to join the throngs of other people who probably stop to say “Lookin’ cool Joker.”

In all your wanderings through World of Warcraft, you’ve probably encountered some endearing names and some downright doozies. These stand out the most for us, but what are your personal best character names in World of Warcraft?

Destiny 2: Season of the Worthy – Trials of Osiris rewards guide and tips