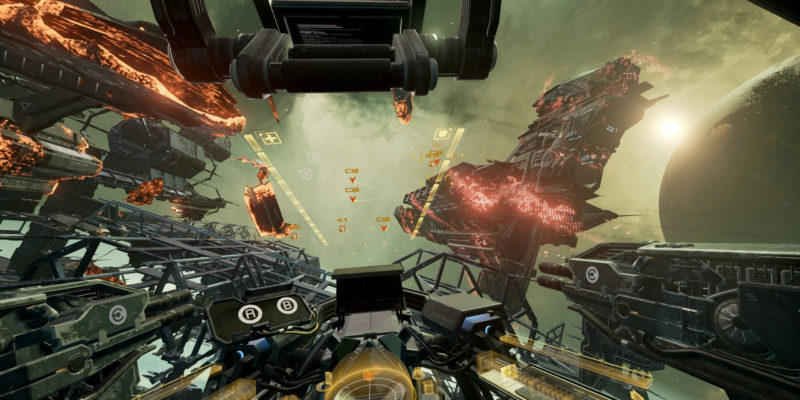 Crossplay technology is slowly but steadily becoming vital for the modern gaming industry. While Microsoft’s Xbox division was happy to incorporate crossplay, Sony took a bullish stance against it for a long time. Fortunately, that’s not the case anymore. There’s a wide range of games you can enjoy with your PlayStation 4 friends, and we’ve rounded up some of the best PC to PS4 crossplay games to help get the party started. 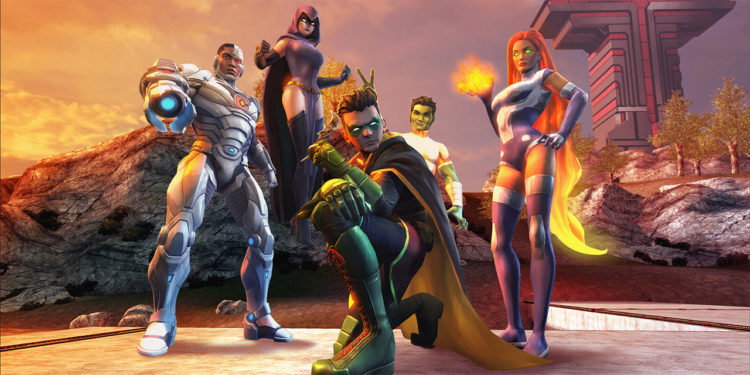 DC Universe Online is an MMO like few others. It’s dedicated to the hugely popular DC Universe, as you could probably guess, and that’s its biggest strength. Players create characters belonging to the new wave of superheroes and supervillains. Unlike the often stiff combat associated with many MMOs, DC Universe Online is fast-paced and action based. It revolves around taking advantage of your hero’s (or villain’s) unique skills and letting you control every move. Even better, each character gets their own story and quests as well, written by famed DC contributors Geoff Johns and Marv Wolfman.

For nine years so far, the game has been telling its story in an episodic manner. Any good MMO needs new content to stay alive, and DC Universe Online has had those on a regular basis, typically coinciding with new DC hero films. Whether you are a seasoned player or a newcomer, you can hop into crossplay action on PC or PS4. 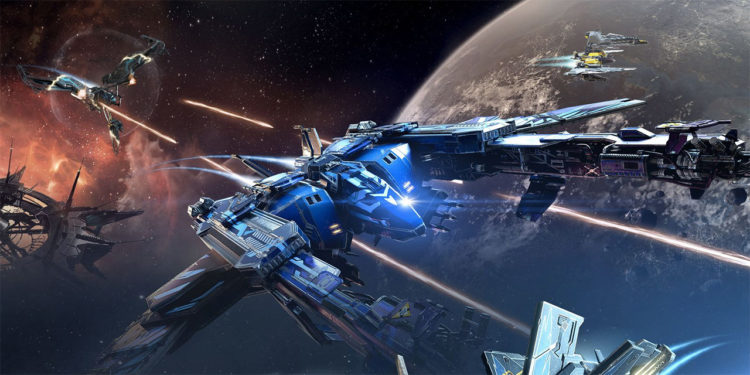 EVE: Valkyrie is a highly dynamic game of dogfights in space. It’s pure combat with heavily armed spaceships, and you’re in complete control over how your ship and pilot grow. You join the battles piloting your high-tech vessel from a first-person standpoint as well, ramping up the tension in each battle.

EVE: Valkyrie offers five different multiplayer modes, including Deathmatch and Carrier Assault, along with 13 unique spacecraft. There’s even VR support for both PC and PlayStation 4. With so many ways to make EVE: Valkyrie your own and all the multiplayer potential, it’s an easy pick for our best crossplay games list for PC and PS4. 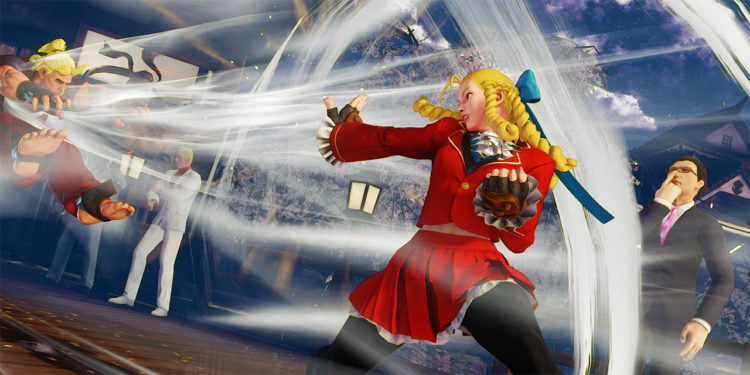 Street Fighter V is the latest installment in the iconic fighting franchise. Despite plenty of modern improvements, Street Fighter V is true to its visual and mechanical heritage. The characters are as over-muscled and over-powered as always, but with all the polish of modern graphics. The skills, combos, and fighting systems are as deep as ever, but more accessible than ever.

Each fighter has their own skills to perfect and training challenges to overcome. Or there’s Casual Match mode if you just want a few good fights, Ranked Mode to earn money, and Battle Lounges for taking on your friends. That’s where Street Fighter V really shines, since any fighting game is better with friends. And thanks to the crossplay support, friends on Steam and PS4 can fight ’til they drop. Just mind what mods you use. 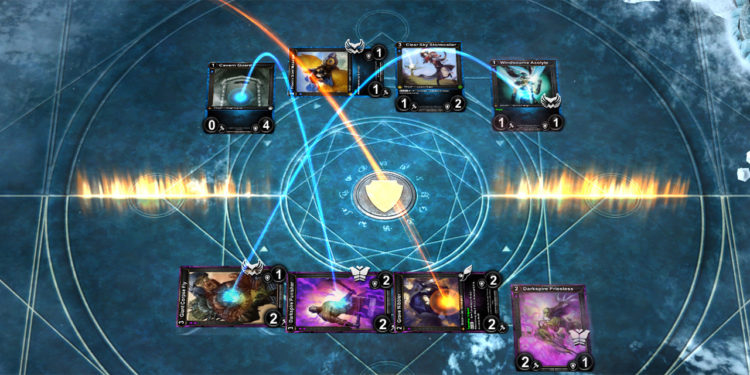 Tactical card games and online RPGs don’t usually mix — unless, of course, they happen to be HEX. A slight difference in naming the game on each platform might be a bit confusing. It’s HEX: Shards of Fate on Steam, and HEX: Card Clash on PS4, but it’s the same game regardless of name changes.  There’s more than 1,000 cards you can use to create your unique deck, plus eight races and three classes you can pick your champion from.

You’ll traverse dungeons and engage in card fights to progress in both gameplay and deck development. There’s an extensive customization system using equipment items and gems to augment your deck and help you survive. Outside the main story is a range of multiplayer options too, including daily tournaments and 1v1 matches. 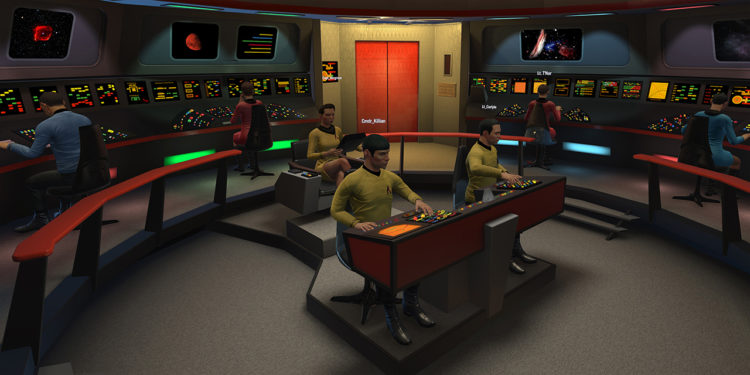 You wouldn’t think being a ship captain, with all the accompanying responsibilities, would actually be fun. Star Trek: Bridge Crew is proof to the contrary, though. You play as a crew member of the U.S.S. Aegis from Star Trek and work on the bridge of the original, honest-to-goodness Enterprise. Your goal is coordinating actions from the various ship crews, including Captain, Tactical, and Engineer. You can do all this with up to three other people, so crossplay is very welcome indeed here.

The goal is locating a new home for the Vulcans, while fending off the Klingons in the process. Star Trek: Bridge Crew allows for the silliest situations you could imagine. Fooling around and making stupid decisions with your crew is obviously fun. That said, you’ll need to actually coordinate and work together if you want to win. 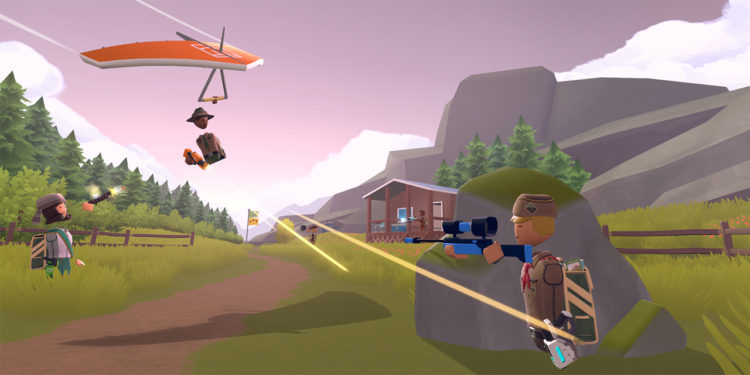 Rec Room is all about building game rooms to satisfy your craziest imaginings and then experiencing them with your friends. It’s also the only VR exclusive title on this list of best crossplay games for PC and PS4. There’s laser tag and disc golf, dodgeball, event rooms, and hundreds upon hundreds of player-generated games and rooms to explore as well.

Or if all that’s too much, you can peacefully wander around parks and hubs. Rec Room is mostly about hanging out together in a virtual world regardless of what you and your friends are doing. To that end, it offers a number of chat and interaction options too, plus muting and blocking functions should your visit be spoiled by trolls. 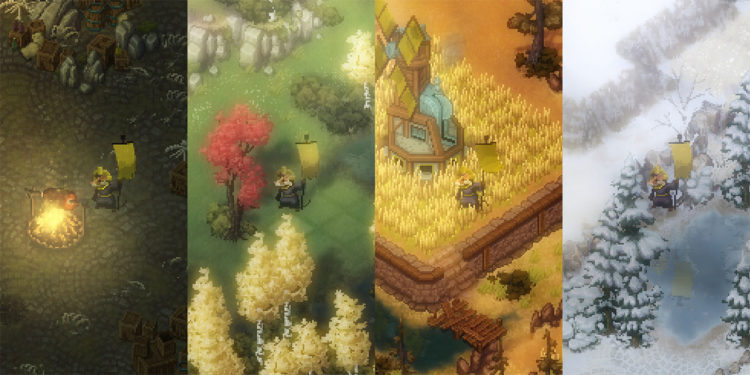 There are only a few strategy games you can experience on both PC and PS4. Luckily, Tooth and Tail is one of these rare gems — and it really is a gem. Apart from looking gorgeous, it’s a humorous take on real-time strategy games. You control an army of animals bent on rebelling and turning their foes into their next meal — because someone has to eat.

What makes this game so special is the setting. Whether you’re a boar with a flamethrower or a paratrooping owl, chances are, you’ve never experienced a strategy game quite like this. And you don’t have to, either. With procedurally generated maps, online play, and customizable factions, there’s plenty to keep you and your friends busy for a long time.

Hopefully, we’ll see more PC PS4 crossplay games in the nearest future. But for now, the list of the titles above offers you some of the best experiences you can get your hands on. Which of these do you plan on firing up with your friends?

Fortnite Chapter 2 Season 3 gets pushed from April to June