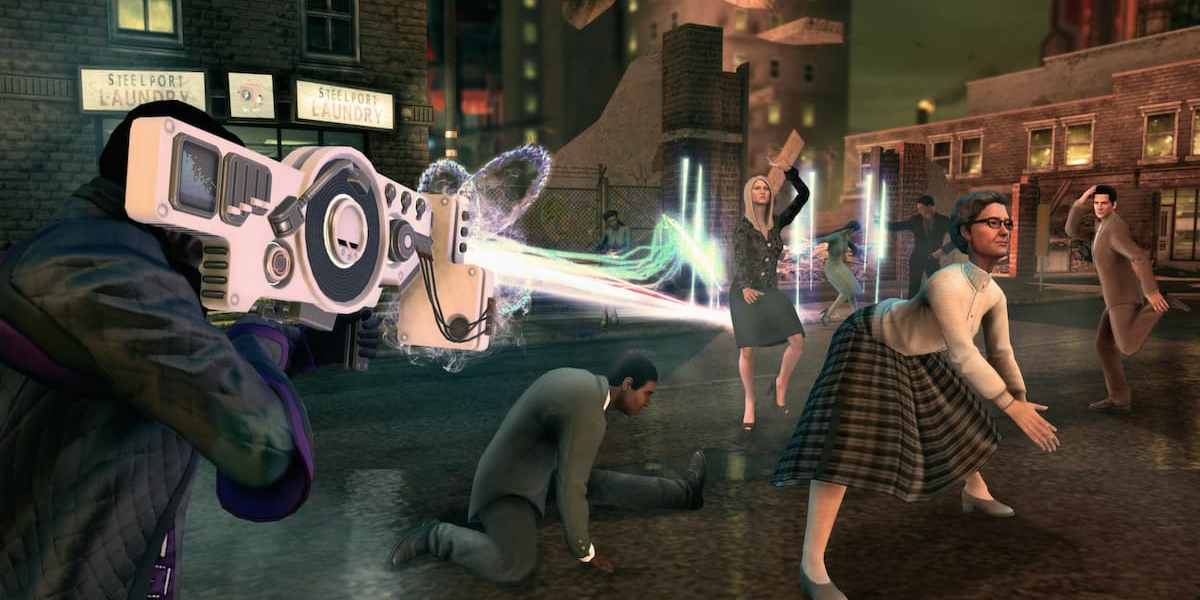 Saints Row is arguably one of the most iconic open-world games to this date, being second to the Grand Theft Auto series. With six mainline games, including one spin-off, let’s look at how they perform against each other. In this list, we will rank all of the Saints Row games worst to best based on what the franchise initially set out to be. Agents of Mayhem is a spin-off game where you control a team of operatives, freely swapping to each character depending on the situation and take on hordes of enemies. While you may find this appealing in the first few hours, it can get boring after a while. With minimal variance, player fatigue will set early and you’ll be shelving this game and forget its existence not long after. Fans already suspected that a franchise reboot was coming since the series was going nowhere with the last few games. Entirely ditching the glorious superhero motif of the last main game, the 2022 reboot offers a supposedly “fresh” take on the dying franchise. The end result? Exactly what the series was when it started — a hollow, over-the-top version of Grand Theft Auto. Despite the patches and fixes, the game still suffers from a shallow and unengaging story with gameplay that was all right but nothing special.

If you want to make your Saints Row reboot gameplay fun and overpowering, you should optimize your skill build. Gat Out Of Hell is a standalone expansion for Saints Row IV, which seemingly took out the entire mission structure. This decision resulted in seemingly fun yet repetitive gameplay that should have been more rewarding regarding progression. Regardless, Gat Out Of Hell is fun to play, and far from the worst Saints Row experience. Saints Row (2006) likely would have stepped out from GTA‘s immense shadow if it only differentiated itself a little more. It ultimately did get swallowed by the “GTA clone” stereotype. However, if you saw it for the game it tried to be, you could see the potential.

From the sound design to the fun and excellent voice lines, Saints Row made an impact, and showed everyone that GTA wasn’t the only game in town. Games don’t entirely need to be different to be fun. Saints Row IV is an insane, open-world superhero game that relies heavily on over-the-top action. The game received a mixed reception from fans due to the diverted gameplay from the previous installment, however. Although it was massively different from its predecessor, we still had a ridiculous amount of fun leaping tall buildings in a single bound.

Its outrageous humor adds to the already fun gameplay. Not only that, but to us, this game represents what Saints Row is as a franchise: quirky, chaotic, and downright hilarious. Saints Row: The Third is an all-time classic in our book. The game excels in being a comedic parody of its rivals, and was a breath of fresh air. You’ll be guaranteed a great time while playing Saints Row 3, and it deserves to be the second-best game in the franchise. The best game in the franchise for us is Saints Row 2. It corrected the first few quirks and criticisms of the initial game, bringing in a better story, standout characters, while enhancing the weirdness. Regardless of its performance on PC, Saints Row 2 remains a perfect example of crafting the best possible sequel for the initial game.

Saints Row 2 has a ton of content, from minigames to side missions, to keep the game fresh and less repetitive. Overall, Saints Row 2 is one of the best non-GTA open-world crime games of all time.

Pokémon Scarlet and Violet: How to get Rage Fist TM

By Leo Gillick4 days ago
Features