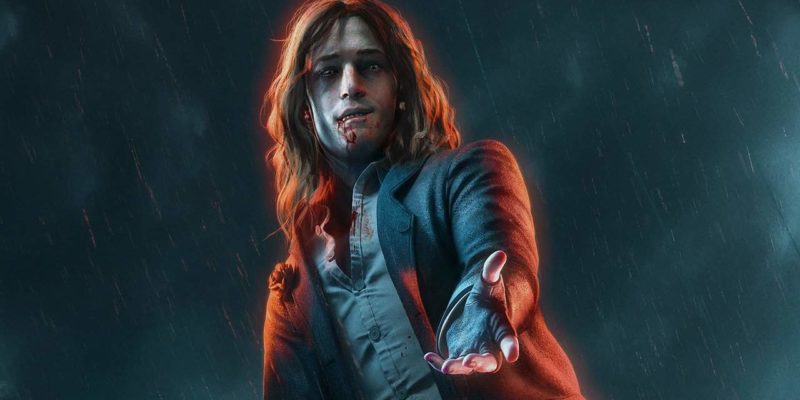 Living in the present is all well and good, but sometimes, you just can’t help looking ahead to the good things coming. That’s especially true for PC gamers in 2020. While there might not be a whole lot coming out right now, there’s a huge variety of excellent PC games scheduled for release sometime this year. To help narrow it down, we’ve put together this list of the best PC games you can pre-order right now. 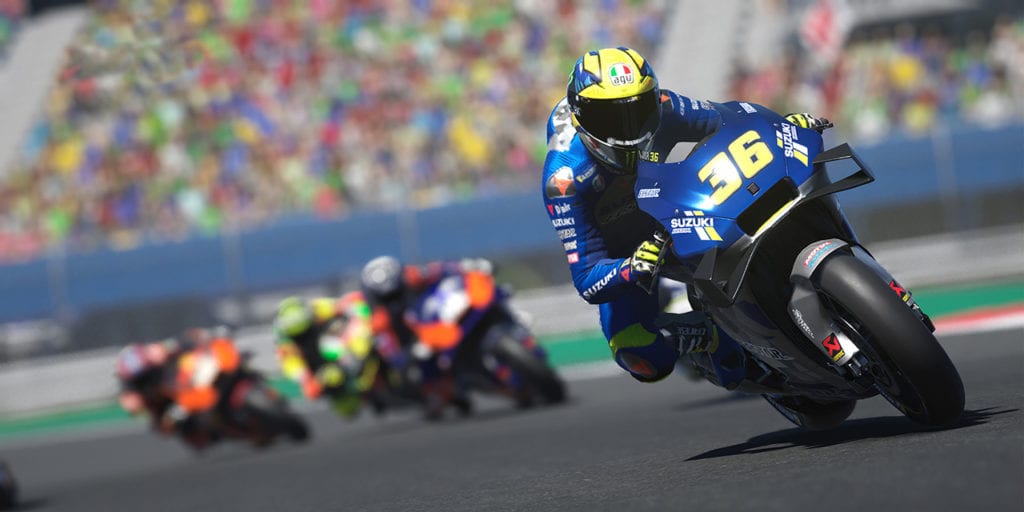 Generally speaking, racing games are great for creating the illusion of participating in a vibrant sports event. One of the best upcoming PC games you can pre-order right now that does exactly that is MotoGP 20. It’ the next entry in the long-running motorsport series based on actual licensed competitions. You can expect real-life racing tracks and famous bikers rendered with authentic visual representations.

Moreover, you can expect full bike customization. You’re in charge of everything, from your engine and power mapping down to the aerodynamics. There’s even a robust career mode, where you manage your own moto team. If you’re looking for multiplayer fun, MotoGP 20 has you covered there too. It offers several servers dedicated to public and private servers, plus a pro server where you can even direct the race.

Best of all, MotoGP 20‘s release date is less than a month away. 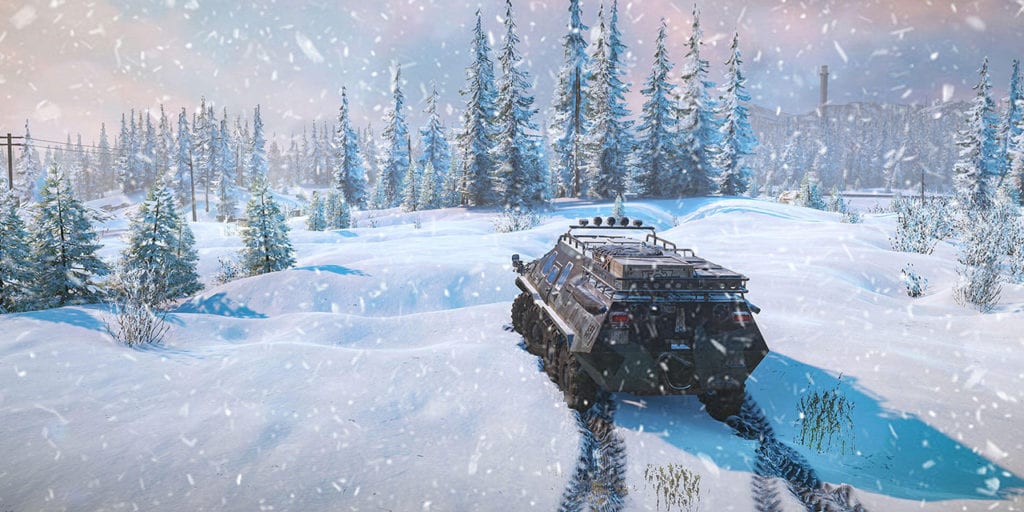 The upcoming SnowRunner is a direct sequel to MudRunner. An exhilarating, mission-based off-road simulator, SnowRunner takes the same concept of big trucks in hostile environments, but as you’d expect, it’s all about the snow. Unlike its predecessor though, SnowRunner will completely run past Steam. Instead, Focus Home Interactive has chosen to go for Epic Games Store this time.

The core gameplay will remain mostly the same. You’ll take on multiple challenges in a wide variety of environments. These range from frozen lakes to rushing rivers. Trucks are fully customizable too, and you can choose from some of the most recognizable brands. Interestingly, it all unfolds in an open world. Every area is interconnected in SnowRunner. It’s definitely not your usual open-world game, and it’s a must-have for truck lovers and anyone seeking a different kind of challenge. 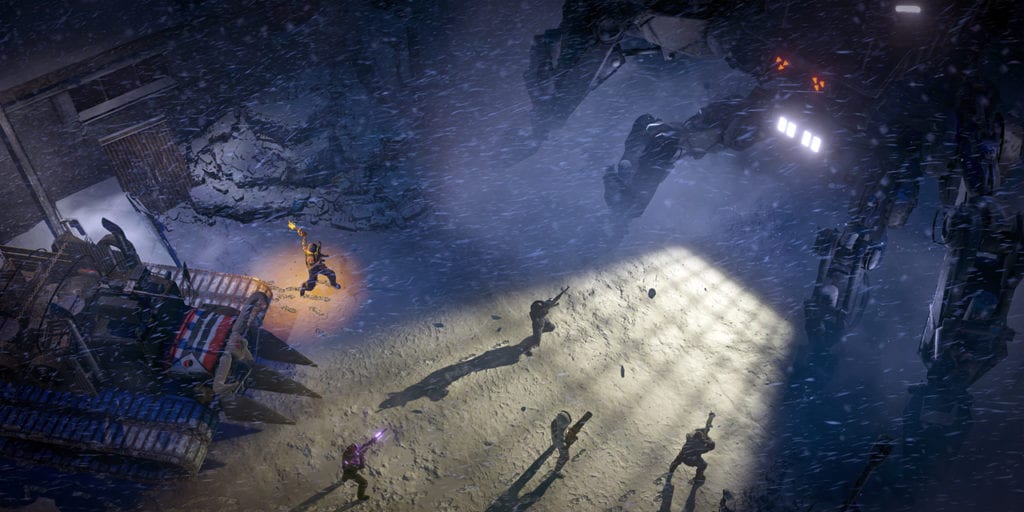 Without Wasteland, there probably wouldn’t have been any Fallout. It took more than 25 years for the cult classic to become followed by a proper sequel with Wasteland 2, and we’re finally getting Wasteland 3 in less than two months. The reincarnated franchise returns in shiny new glory, but retains the old-school gameplay we expect from Wasteland.

Wasteland 3 is a squad-based RPG that combines tactical combat with deep exploration and storytelling. It all revolves around the Patriarchy of Colorado soliciting aid from its long-time nemesis Arizona. The reason? The patriarch claims his own children will be the ruin of the land. The dystopian setting is one of the biggest draws, combining the outrageous — like an entire country of Colorado — with the possible. You’ll never know who to trust, but you have to choose anyway and hope for the best. The level of immersion is spectacular and definitely makes it one of the best PC games you can pre-order right now. 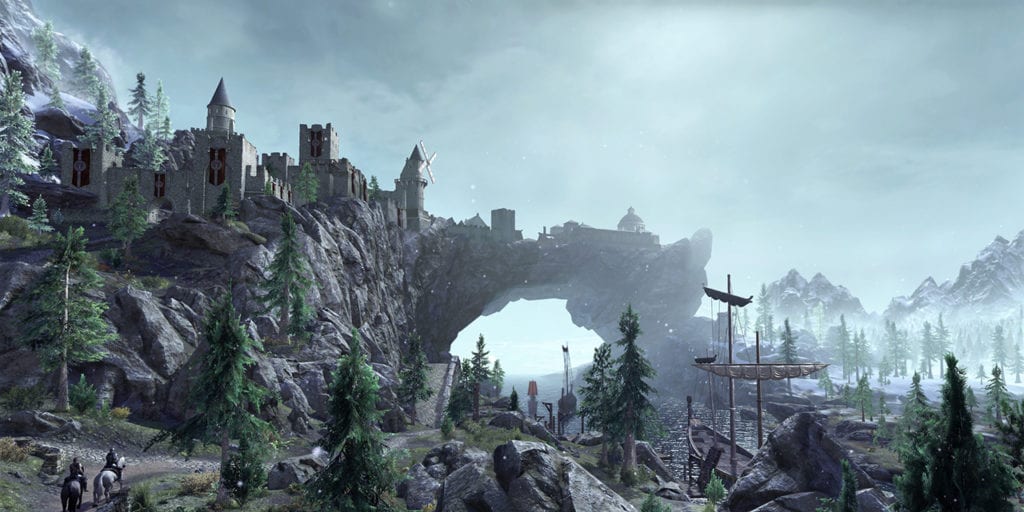 The Elder Scrolls Online is a living example of how the tables can turn in favor of an initially ill-received game. The MMO title has gone through huge balance changes, and it’s much more enjoyable as a result. Part of that includes the various content expansions that have made their way to ESO. And another one is on its way with Greymoor.

The upcoming Greymoor expansion dives into the dark side of Skyrim. The world is under threat from an ancient evil bent on enslaving all of Tamriel, and of course, it’s up to you to stop it. Though the new world of the Nords isn’t quite as vast as Skyrim itself, it offers plenty of content. There’s the main adventure itself, alongside plenty of new quests, trials, and bosses, and even the chance to be an archaeologist. Why an archaeologist, you ask? Because part of the adventure is focused on uncovering Tamriel’s vast and extensive history and lore. 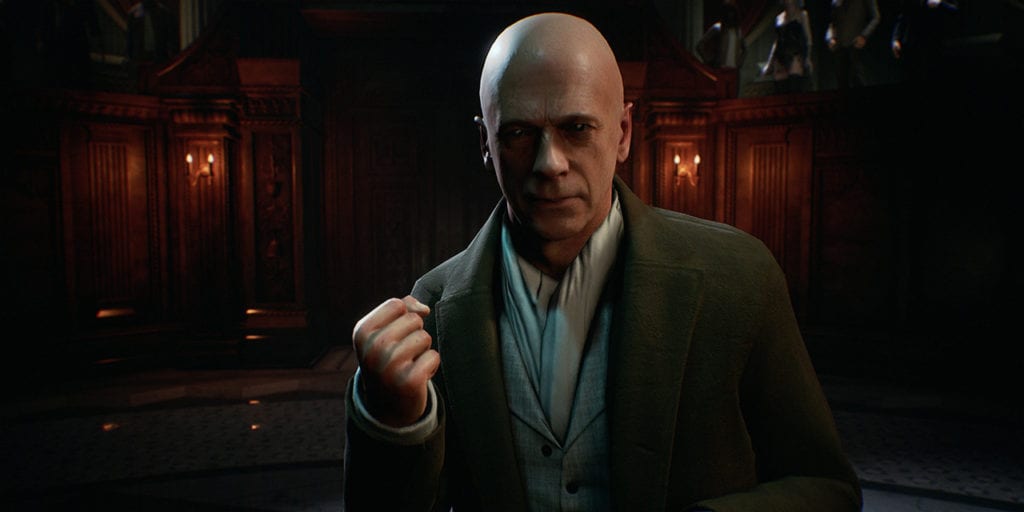 Who would’ve thought that the iconic Vampire: The Masquerade — Bloodlines would make a return with a sequel in 2020? Not us, that’s for sure. Based on the grim and unforgiving World of Darkness fantasy setting, the original Bloodlines game was a critically acclaimed role-playing masterpiece brought low with a plethora of bugs and glitches. The upcoming sequel will let you delve into the deeply unsettling atmosphere of an alternative Seattle. The city is secretly controlled by supernatural creatures — vampires, werewolves, you name it — and you’re one of them.

But Bloodlines 2 deserves recognition for a number of other reasons. Like its predecessor, the game promises a fascinating cause-and-effect system. With your every action and choice, you’ll determine the route the story will follow. Your decisions will directly influence the alignment of forces and the eventual outcome. Cause and effect aren’t new in Western RPGs. But Vampire: The Masquerade is one of the most intricate out there, and we’re sure the sequel will be too. 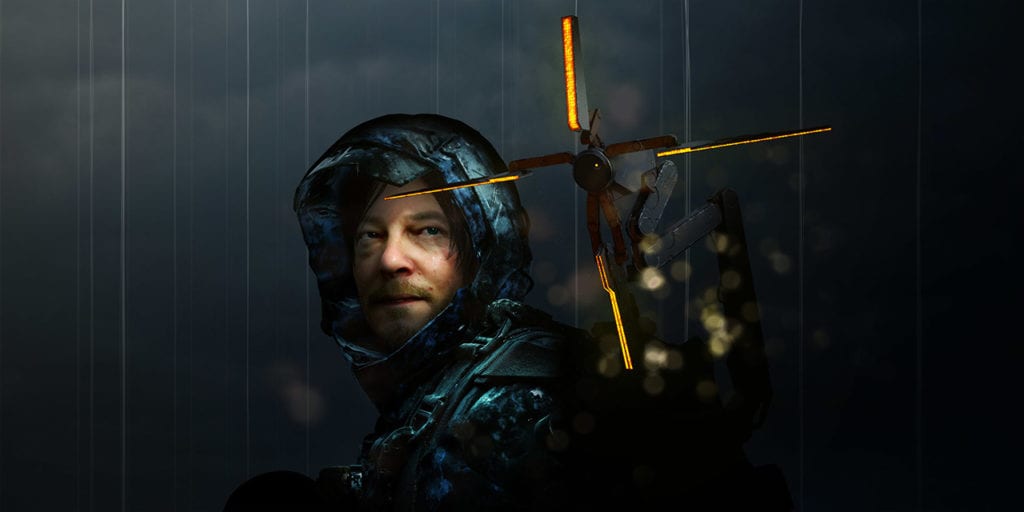 Death Stranding, storied developer Hideo Kojima’s latest title, has already attracted a lot of attention after its release on PlayStation 4. It’s coming to PC in June and is available for pre-order now. Death Stranding arguably reinvented the action adventure genre. Kojima insisted Death Stranding would give players ropes instead of sticks, and that is actually the case. It’s all about making connections, not violence — although the figurative ropes turned out to be ladders, roads, and deliveries.

Players rebuild a fractured world, but it’s not a massively multiplayer game by any means. Death Stranding has a very specific and very personal story to tell. It’s hard to say more without spoiling things, though. Suffice to say, it’s not your average narrative. It’s also not necessarily for everyone. Death Stranding‘s gameplay is unorthodox and has you playing delivery boy for a good chunk of the experience. However, if you’re willing to stick it out, you’re in for an experience like no other. 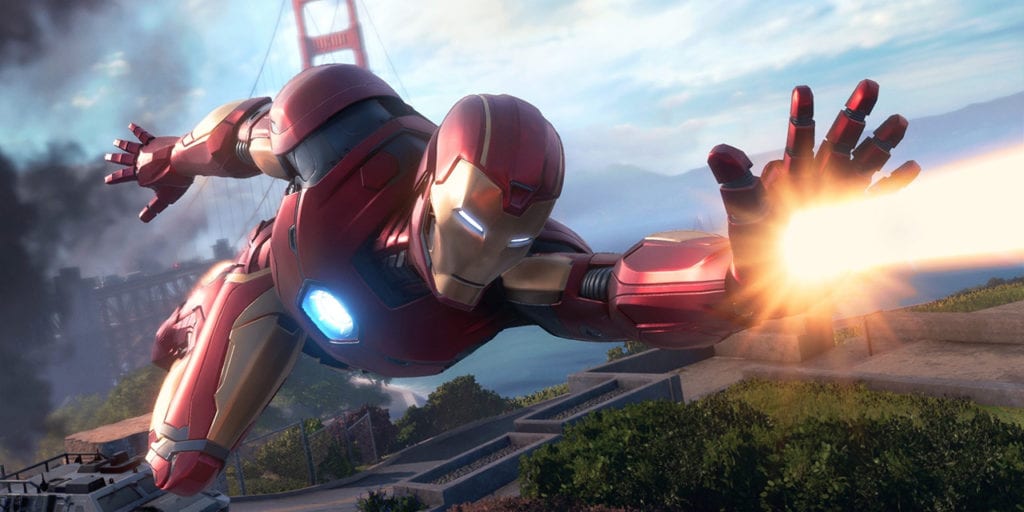 The thrill of being a superhero with limitless powers is enough of a reason to pre-order Marvel’s Avengers ahead of its September release date. It’s set to be an exceptional journey with the team of the Earth’s Mightiest Heroes represented by the classic roster full the most popular ones.

Marvel’s Avengers has an attractive set of features, too. This is a game built to let you be hands-on with the entire world. Just imagine smashing the ultra-realistic surroundings as Hulk or dream of scaling the skies as Iron Man in his shiny metal suit. The combat system allows for cinematic, breathtaking combos and take-downs as you squash your foes and prove your heroic worth. Better yet, it’s a brand-new narrative in the Marvel universe. Video games typically adapt stories from franchises instead of contributing new ones, so Marvel’s Avengers is pretty special. 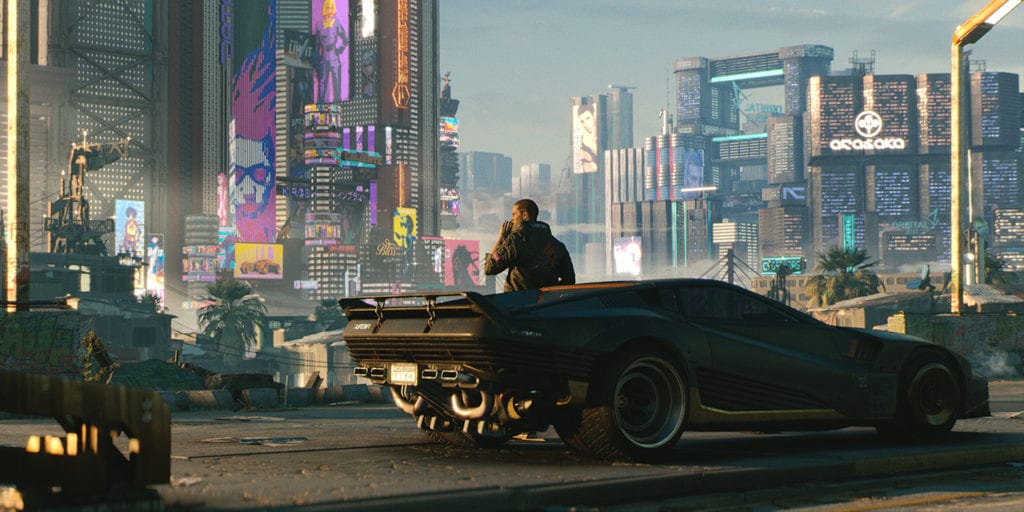 You probably pre-ordered Cyberpunk 2077 a long time ago, but on the off chance you haven’t — you should pre-order it. Cyberpunk 2077 is by far the most highly anticipated release of the year. CD Projekt RED, responsible for the brilliant Witcher trilogy, is responsible for Cyberpunk. However, it’s even more expansive than The Witcher, and lets you mold the world in numerous ways.

Judging by the existing gameplay footage of Cyberpunk 2077, it’s going to be at least as sophisticated and comprehensive as The Witcher 3 detail-wise as well, with an even greater emphasis on character progression. It’s an incredible world at your disposal, and we can’t wait to get our hands on it. 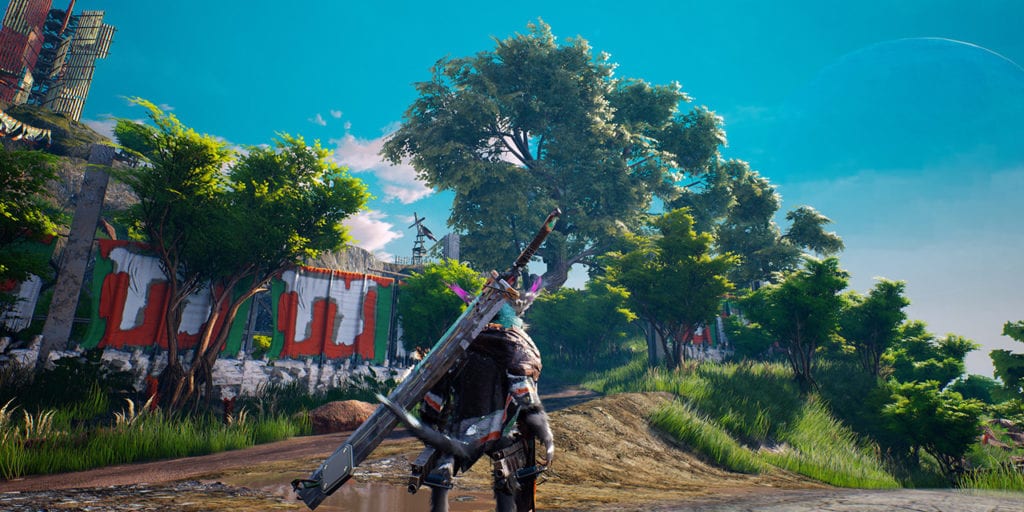 Biomutant doesn’t have a specific release date yet. However long the wait is, it’ll be completely worth thanks to its exciting setting. Biomutant takes place in a post-apocalyptic world inhabited with anthropomorphic intelligent animals. A somewhat similar approach has been already examined in Mutant Year Zero: Road to Eden, but Biomutant is pure action RPG with an engaging, real-time combat system.

The “mutant” part is literal. Biomutant has you re-code your own genes to change your playstyle, but the environment itself causes mutations you can’t control as well. You’ll be able to craft and upgrade tons of extraordinary weapons from whatever pieces of leftover weapons and gear you may find. There’s an unprecedented level of freedom and a reason to look forward to the project. Biomutant pre-orders aren’t up on Steam yet, but you can get ahead of the game on the official Biomutant website. 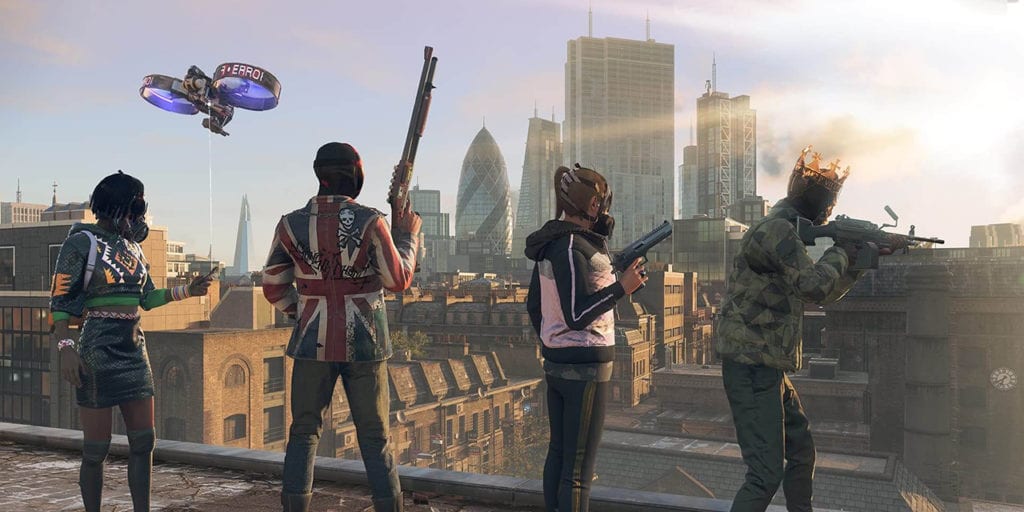 Just like SnowRunner, Watch Dogs: Legion won’t release on Steam, but you can pre-order on the  Epic Games Store. Watch Dogs: Legion is the third installment in Ubisoft’s series dedicated to hackers and high-tech urban anarchists. While the franchise was initially born as an attempt to ape the smash-hit Grand Theft Auto series, Watch Dogs has grown into its own unique IP.

Watch Dogs: Legion focuses on London’s group of hackers belonging to a global organization. The most intriguing part is that there are countless freedom fighters – i.e. playable characters. Even a deceptively harmless old woman can be a technology-packed professional with means to hack any device out there. Nefarious as it all sounds, you’re actually the good guys here. Only through your efforts can London be saved and the resistance succeed.

There are many more upcoming games, but we think these are the best upcoming PC games you can pre-order right now. Which of these titles do you plan on purchasing?