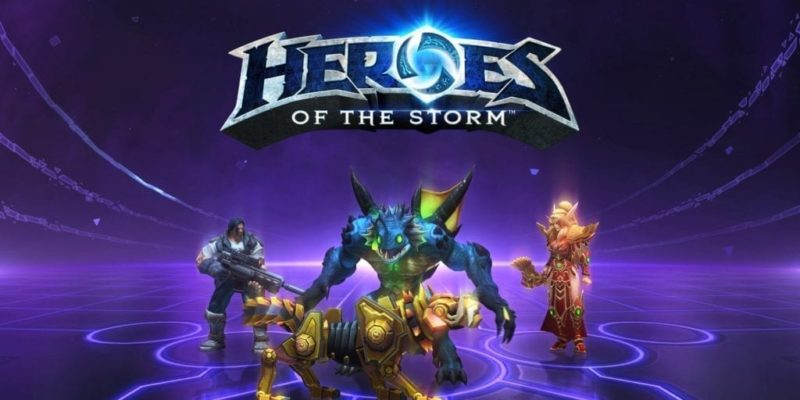 If you’re reading this article, there’s a good chance you’ve participated in a beta test for a video game. Possibly you’ve even engaged in an “alpha” test, such as the one I participated in for Heroes of the Storm. Maybe you’ve purchased (a license to) an Early Access game on Steam. Maybe you paid for access to one of the beta or alpha tests, such as the Founders Pack offered in Heroes of the Storm, or the early access option for Dota 2 during its extremely long beta phase.
Maybe you didn’t, but even then, it has become increasingly hard not to notice that, on PC, it seems like half of all gaming these days takes place using some variety of unfinished software. Whether it’s the aforementioned extended betas, the Early Access offered through Steam, early development alphas offered to crowdfunding backers, or just simple preview and demo copies, much of our discussion of, and interaction with, PC games occurs prior to those games’ actual release. Gamers have, in a real sense, become co-opted into the development process, providing the services that might otherwise be undertaken by a paid quality assurance group. Naturally, gamers are almost never paid for this, and sometimes, such as with much of the content on Steam Early Access, gamers actually pay for the opportunity.

But will gamers ever tire of this? Will there ever be a moment where pre-release fatigue overwhelms the general market and publishers can no longer rely on the goodwill of gamers to test, or even pay, for their products before they’re finished? Will we ever see a return to companies only bothering with the finished version of their games?
Well, no. Probably not. Which is unfortunate, because we’re only encouraging developers to sell us half-baked products. And that’s often what we’re getting.
The problem with the pre-release model is one of incentives. The more money game developers get up front, the less they have to worry about how many people buy the game once it’s released. If a developer is in the fortunate position of covering a good deal of its development costs either through crowdfunding, early access sales, or paid beta access, there’s little pressure to make a game that ultimately reviews and sells well. Indeed, the majority of Steam’s Early Access games in 2013 still hadn’t seen a release by late 2014. This is why Steam itself says that

You should be aware that some teams will be unable to ‘finish’ their game. So you should only buy an Early Access game if you are excited about playing it in its current state.

Yogsventures! stirred controversy when it was cancelled after meeting its Kickstarter funding goal.

This is nothing more than developers being able to sell players an unfinished game. Then, having made everything they were likely to make (and often selling the game in Early Access for more than its likely retail value at launch), they simply don’t bother finishing the game. It’s too early to tell, but hopefully Steam’s new refund policy will help prevent developers from abusing the Early Access market. Like Early Access purchases, there are equivalent problems with crowdfunding sources like Kickstarter, where sometimes games that are successfully funded don’t get made. Getting refunds can be a tricky issue if not impossible, and Kickstarter has no policy on refunds, saying only that the backer should get in touch with the developer. This creates situations where gamers are hoodwinked into paying money for something that might never exist, or something that may be patently unfinished and loaded with problems.
The other perverse incentive for developers in dodging a full release, or at least getting considerable sums up front, is that it avoids the media review cycle. Media entities, including this one, are reticent to give a game a proper review until it has a full release lest they be seen as unfairly criticising an unfinished product. While we can often provide our initial thoughts (unless the game happens to be under embargo), these are always under the caveat that the played version is not the final version of the game. This means that there’s little consensus on the quality of a game in its beta or alpha phase, and certainly none when it comes to games launched on Kickstarter or other crowdfunding sources. Gamers who buy these versions are putting their faith almost entirely in the developer who has strong incentives not to disclose any major problems with their early versions. Indeed, developers may be relying on this lack of media criticism in order to be able to successfully push their games.

Of course, some crowdfunded games, such as Pillars of Eternity, are successfully released to critical acclaim.

Obviously, these issues don’t apply to every game. There have been numerous examples of successfully funded and released crowdfunded games, such as the excellent Pillars of, good Early Access releases, such as Divinity: Original Sin, but there’s no guarantee that any game that sees early consumer funding will ever be made, or will be any good. In fact, the incentives often line up in favour of the opposite. And that’s a problem.
Even the concept of the open beta is an odd one, with little precedent within any entertainment or consumer goods industry, and certainly not on the scale of the gaming industry. In most other consumer industries, marketers have to pay focus groups to provide the same kind of feedback that gamers happily dole out for free. It’s a system that’s been gradually growing for decades, with game developers and publishers moving from providing demos as a marketing tool, to providing betas, then alphas, and then to asking for money before the game has even entered production. Gamers have been introduced into every step in the development process.

The amusing indie title Please Be Nice 🙁 even crowdsources its game mechanics.

This isn’t all bad, and we come to the reason why this probably won’t stop. By and large, gamers seem to like getting access to early builds. Whether it’s for the prestige of playing something before one’s friends, for the opportunity to help shape a game from its early stages, or simply because we just can’t wait to get our hands on it, gamers have flocked to betas and early access opportunities. These are all perfectly fine reasons to want early access, and in some cases it can help the developers too. There are lots of games that might never be made if not for crowdfunding. Having players test their games in the early phases helps out small studios that might not be able to afford a large QA team. Players might also ask for features or improvements that truly do raise the quality of the final product.
How can a die-hard gamer say no to helping see the sequel they’ve been waiting for finally get made? How can the long-time fan of a  developer not give them a few bucks so they don’t close shop? It’s a hard thing to answer when we have the tools to help them.

But the incentives are too often perverted for this system to meaningfully continue. Whether it’s Sony having Shenmue III developer Yu Suzuki beg for crowdfunding dollars just to gauge interest in whether it was worth developing, Star Citizen selling in-game ships for years to people who can barely play it yet, or to developers abandoning Early Access titles when the Early Access version doesn’t sell well enough, we’ve gone too far in the direction of using gamers as an inexhaustible resource for funding. The normal concept of purchase and sale, in which a consumer pays money for a final product, has been too mutilated.
It’s not that we can’t have crowdfunding, or that betas are a terrible idea. It is simply that there’s no accountability. That even large companies are beginning to view gamers as development funding sources. That we, as gamers, not only happily consume marketing and provide services free of charge to game companies, but actually pay them for the opportunity to do so. It’s truly perverse. Until we see real guarantees, backed up by enforceable remedies, gamers should stop giving their money willy-nilly to those that promise the sun and deliver a candle. Maybe it will happen. Maybe the goodwill will finally dry up.
But knowing gamers, I wouldn’t put my money on it.