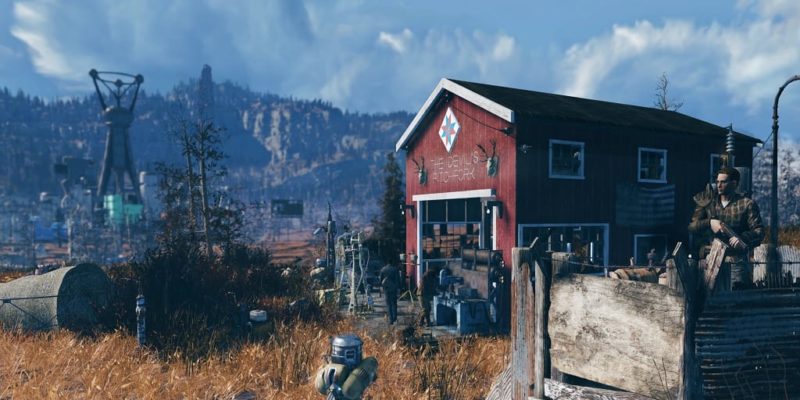 Pete Hines, Bethesda senior vice president of global marketing and communications, recently discussed the state of Fallout 76. It turns out when designing the open-world RPG, Bethesda had expected its player base to murder each other. However, the publisher has been surprised by how little gamers ended up caring for PvP.

Rather than dwell on the PvP aspects, much of the game’s player base since release has instead opted to work together and overcome various PvE challenges instead. Hines had expected players to “test their mettle” by dueling rather than teaming up to overcome a common goal.

Honestly, it’s difficult to understand how Bethesda thought Fallout 76 would ever wind up with a strong PvP focus. The best part of their iconic RPGs is the worlds you get to explore. Of course, having the ability to roam a new world alongside your friends is what people have always wanted.

Also, Fallout‘s unique combat centered around the Vault-Tec Assisted Targeting System (VATS) is not a great option for murdering players. Rather than hitting skill shots or having an optimal loadout, the outcome of a duel can often come down to pure luck. Any kind of serious competitive environment shouldn’t rely on luck to determine a victor.

The upcoming free Wastelanders expansion should help Fallout 76 become something more akin to what fans originally wanted. It will add many standard RPG features like a single-player story, NPCs, and detailed dialogue trees. Equally, various new creatures and gear are being added to offer players something different.

When Wastelanders releases on April 7, the murderous PvP potential will fall by the wayside even further. Instead, you will be able to team up with friends and take on Wastelanders‘ challenges together. It’s going to be difficult to turn things around, but perhaps there’s still hope for Fallout 76 after all.