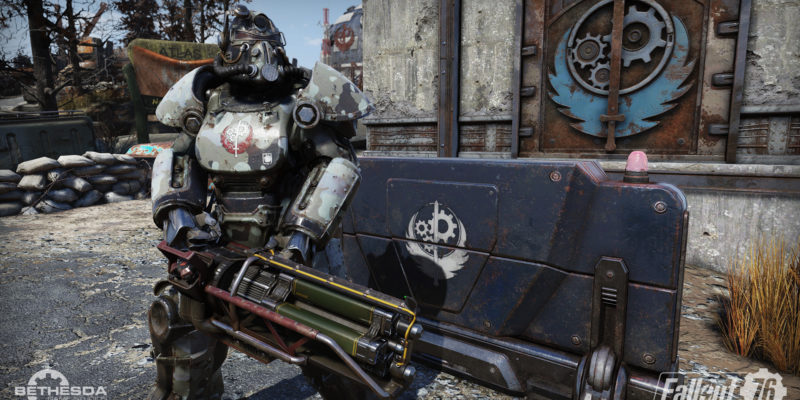 Sound the klaxons, the armored fanatics are arriving! Having been revealed as the next big content drop coming to the MMO, Fallout 76: Steel Dawn will officially see the Brotherhood of Steel enter Appalachia on December 1. To celebrate the momentous occasion, Bethesda has just dropped a new trailer with a focus on the organization. Suffice to say, they are not here to play. Instead, the Brotherhood of Steel is here to stop all of the crazy vault dwellers from using weapons and technology that is destroying society. Such nice fellows they are.

Of course, if you are looking to rebuild society, having nukes flying around is not the best way forward. With the Brotherhood’s arrival also comes several NPCs that will be added with Fallout 76: Steel Dawn. True to form, these individuals are definitely not as colorful as the denizens of Appalachia. All they want is to stop us from having fun. Who can argue with big guns and even bigger armor? It would be wise for players to join up and get their hands on this powerful tech, even if you do not agree with their zealous views.

Another piece of the puzzle

The Fallout 76: Steel Dawn content drop will add in the first chapter of the Brotherhood of Steel questline. Where that will lead to is still a mystery at this point. However, it should give us a solid foundation for more adventures in the wasteland to build off of. 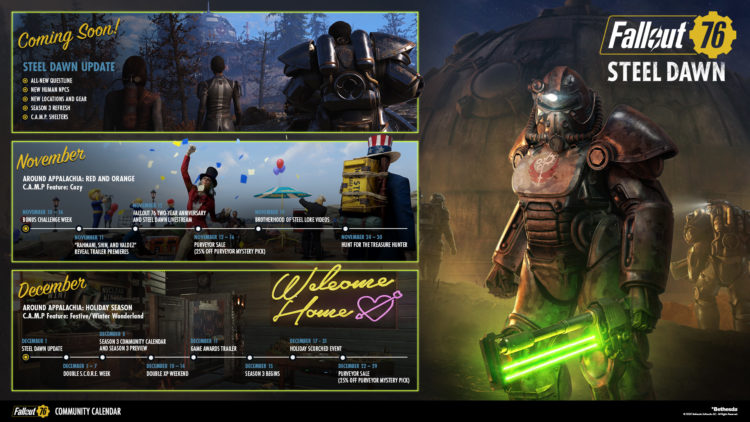 Together with more story content, there will be newly added camp shelters as well. These are brand new instanced underground locations that are free for players to construct and decorate. If you ever wanted an underground lair, well, you have your opportunity. Fallout 76: Steel Dawn will also see the continuation of Season 3, which will bring two new “lite” allies for your camp. Get to level 25 and then to level 50, and they will each join your camp as vendors. Your dietary and healing needs will also be taken care of.

Latest Alba: A Wildlife Adventure trailer gives us a taste of chill adventures