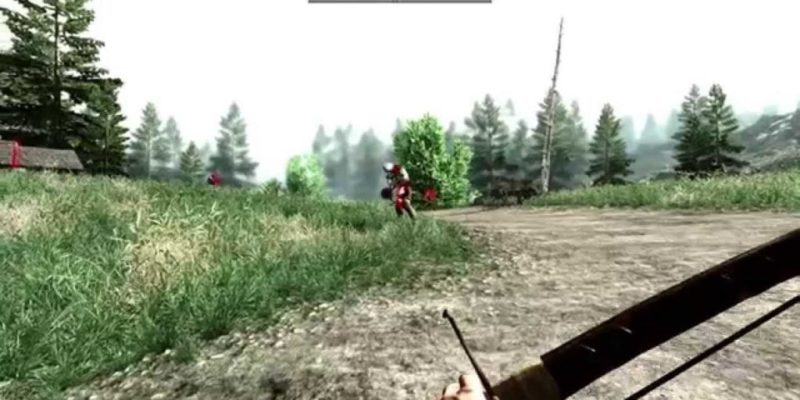 I’ve got to hand it to Blackpowder Games’ Betrayer launch trailer. Not only is it released on the actual launch date of the game (always welcome,) it also taught me something I didn’t even know about the game.

Based on what I’d already seen (from writing news about it, mostly,) I thought Betrayer was presented in black and white (and red) with a few sections in colour for whatever narrative purpose. Turns out, there are lots of contrast options the player can mess about with so you can (presumably) play through the whole thing in black and white, or in colour. Your call.

Either way you’ll be trying to figure out what happened to a New World colony in 1604, and based on the trailer the answer is “ghosts happened.” Luckily, at least some of them appear to be vulnerable to your 17th century crossbow.

Game designer Craig Hubbard explains the style of play in the following terms: “You can explore large, open environments in search of clues and loot. You can tackle challenges aggressively or stealthily. You can outfit yourself with the equipment that best suits your play style. It’s a very player-driven experience.”

Betrayer has been in Early Access since August 2013, but is now available through the regular Steam store for $18.00 USD (until 31 March when it becomes $20.00 USD.) See the launch trailer I’ve been waffling on about, below.

Free to view film Free to Play seen by 5.5 million

Bear Simulator funded on Kickstarter, paws to appreciate it