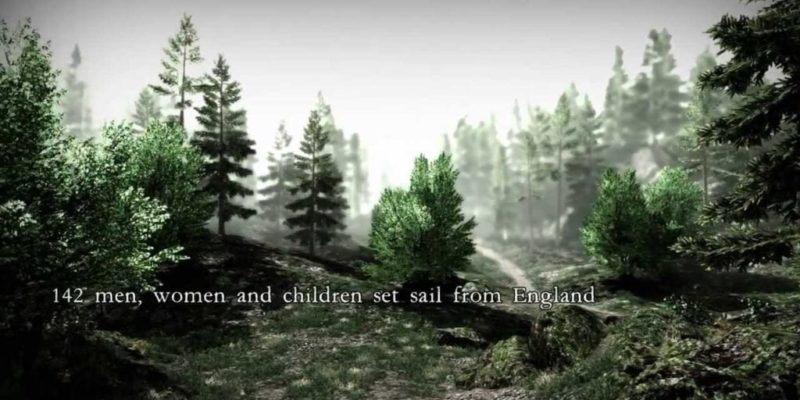 Blackpowder Games’ Betrayer has been lurking in Steam’s Early Access since August of last year, but it’s now ready to emerge in black and white (and red) beauty as a fully released game. On 24 March, the title will put on its big boy trousers and make the switch from Early Access to Steam Store Proper.

Betrayer is an unusual-looking first-person title in which you play as a 17th Century New World colonist who gets lost on the way to Virginia and ends up in a strange, black and white universe full of ghosts and weirdness. At least, that’s what it looks like. You’ll attempt to find out what happened to the colony (eaten by phantoms, probably) and perhaps restore some kind of order and peace to the area.

Designer and writer Craig Hubbard says he’s been wanting to create “a player-driven game that emphasizes exploration and discovery with minimal hand-holding” for almost ten years. Let’s hope he’s managed it, because that sounds rather good.

Dark Souls 2: Prepare to Jethro Tull with the launch trailer