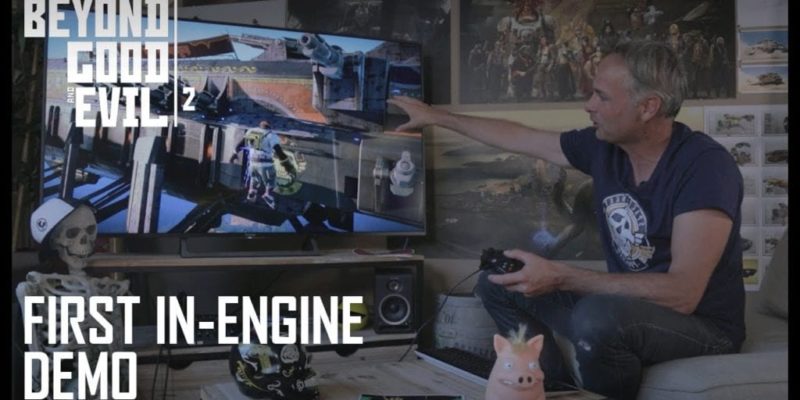 Beyond Good and Evil 2 was a surprise inclusion at Ubisoft’s E3 show, given how long fans have waited for a sequel to the original game. After the reveal (which was an, admittedly very nice, CG trailer), it started to emerge that this title is probably not as far along as people would have imagined.

There is, at least, a functioning tech demo of the Voyager engine Michel Ancel and his team intend to use to create Beyond Good and Evil 2. It’s in good enough shape that he’s able to demonstrate it in a 14 minute video released today as part of the (free to join) ‘Space Monkey’ program.

You can watch it below to see the scale and manner of interaction that’s currently possible. That said, this game is plainly still an awfully long way off from release.