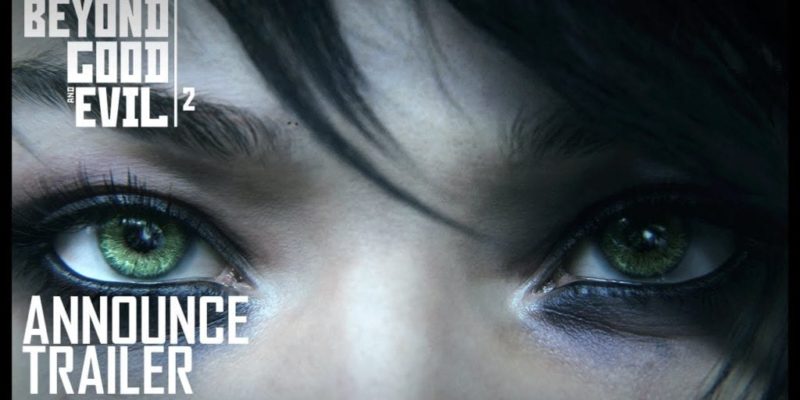 Ubisoft held quite a surprise for the conclusion of their E3 conference today; Beyond Good and Evil 2. It was a slightly odd reveal though, and one which leaves quite a few unanswered questions.

First, what we do know. This will be a prequel, set in System 3 with a whole new cast of characters. That’s kind of shame considering Beyond Good and Evil’s characters were great, and that game ended on a cliffhanger. But okay. The tone has also shifted, as the new crew are a sweary bunch.

The trailer was entirely CG, so there’s not much of a sense at this point how the game will play. On this page, Ubisoft describe Beyond Good and Evil 2 as having a “massive, seamless online environment” and suggest there’s a multiplayer component (“As you rise from lowly pirate to legendary captain, you’ll traverse System 3 at light speed to explore freely on your own or with friends”). All pretty different from the first game.

Then there’s the matter of platforms. None have been confirmed yet. Platforms on the Ubisoft press assets site are listed as “TBC”, so that’s the extent of the information available at present.

Finally, there’s this: “Ancel wants your help to do it, too. The Beyond Good and Evil 2 team at Ubisoft Montpellier is looking for fans to help by sharing ideas and feedback, and encourage players to sign up now for the Space Monkey Program.” This was mentioned in the E3 conference too, but it’s not exactly clear yet what this means. Feedback from a beta? Early Access? Who knows. The game had a dramatic reveal after all these years waiting, but much remains unclear at this early juncture.

Steep getting an Olympic-themed expansion