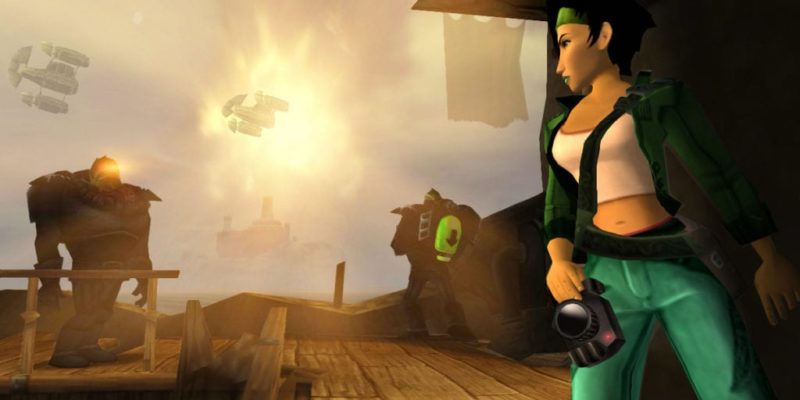 As if to add a little more fuel to the Beyond Good & Evil 2 info-fires, Ubisoft has announced that the original game will be the next to be given away free on PC. It’ll be part of Ubisoft’s 30th anniversary celebration give-away series according to this tweet from the company.

The current freebie through the Club 30 promotion is The Crew. It’ll switch over to Beyond Good & Evil on 12 October, and that will remain the free game until the following month. All of these games are redeemed on Ubisoft’s Uplay platform, so you need an account to partake.

As mentioned, this announcement comes on the back of several pretty clear indications that the long-awaited followup to Jade’s adventures is in the works. Rumours persist that Beyond Good & Evil 2 will be associated with the upcoming Nintendo NX system in some way (either as an exclusive or launch title), but hopefully the game, if it finally appears, will come to PC as well.

Bloodstained teams up with publisher 505 Games