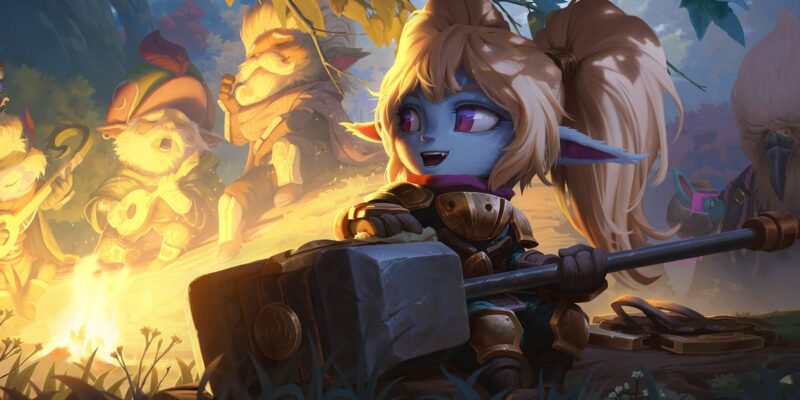 Yesterday, we provided a sneak peek at the next set for Legends of Runeterra, Beyond the Bandlewood. The set contains nine new champions, two new keywords, and 126 new cards in total. After our discussion with James Hata and Alexzandros Lee from Riot Games, we got to spend almost three hours with Beyond the Bandlewood in playtesting. During this time we were provided codes to make decks for each of the new archetypes in the set. Said architypes included traps, multi-region, landmark destruction, pranks, discard, and darkness. This covered all nine of the new champions, as some fit well together in the same deck. We got to play three games with every deck, and what follows are our early gameplay impressions of each of the new archetypes.

First up is my personal favorite new deck: traps. This deck utilizes Teemo and the new champion Caitlyn. Teemo has been around since set one, but, in case you don’t know, he revolves around planting poisonous mushrooms in your opponent’s deck. When your opponent draws a card with a mushroom on it, they lose a life. Caitlyn has Flashbang traps, which function similarly, but instead do two points of damage to any follower on the opponent’s board when drawn. This is a trend we noticed in a lot of the early Beyond the Bandlewood gameplay: many new champions pair very well with older ones.

Corina, Mastermind is the standout card of the deck, as she lets you activate all of the traps on the top five cards of your opponent’s deck at once. In the late game I was able to do 30 damage worth of burn, and nuke the opponent’s board all at once. During a game, one card my opponent drew was a trap, which caused six points of damage to them and six points of damage to their followers. If such a deck can put up its defense and survive the early turns, it creates an incredibly difficult position for your opponent to come back from. They end up with more mushrooms and traps than cards in their deck. I am definitely building this deck to play on the ranked leaderboards once the set drops. 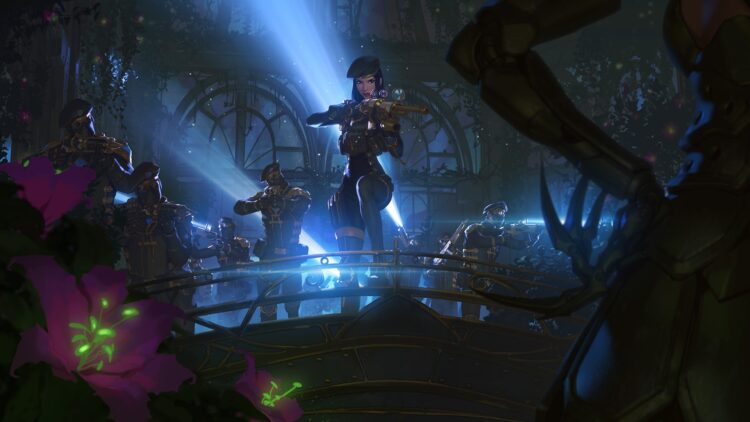 Next up are multi-region cards, which use the new champion, Tristana. She can swarm the board with followers fairly fast, and power them up at the same time. Using Yordle Ranger to start a scout attack for a quick boost, and then attacking normally, is a very simple but effective strategy. Yordle Smith seems very low-key on the surface, but can be a powerful tempo swing against the opponent. This deck also uses Bandle Tree, in which, if you play cards from all 10 regions, you automatically win the game. Bandle Tree will also summon a follower from a different region once per turn. If the opponent can’t stop Bandle Tree, they are essentially on a timer before they inevitably lose.

I played a game where Bandle Tree summoned Soothsayer from Shurima. This gave Bandle Tree spellshield, making it even harder to kill. Within a few turns I had won with Bandle Tree, since I already summoned followers from about five regions before it was played. The multi-region deck is a very good mid-range aggro deck that can pivot between pure aggro and Bandle Tree shenanigans. It is susceptible to hard control and early aggro, though. Throughout our early Beyond the Bandlewood gameplay, it was easy to notice that several of these decks could fall short against early aggro. Defense in the early game will be important for many of these decks.

Next up is Landmark Destruction, which uses Ziggs and Xerath. One card I loved in the deck is The Arsenal, which gains keywords from every other card played — even after it’s played. It has a hefty cost at 8 mana, but once it hit the board in one game I played, it had the keywords Tough, Challenger, and Overwhelm all at once. In the early game you want to blow up your landmarks as quickly as possible to gain the advantage. Risen Altar and Inspection Passed (via playing Safety Inspector) is a great combo to easily drop a 7/6 Dami’yin the Unbound, which has overwhelm and spellshield (not to mention three burn damage from Inspection Passed). Like most landmark decks, it’s a little slow and can struggle in the early game. But if you are able to stabilize on turn three and beyond, you can make your opponent’s life very difficult. 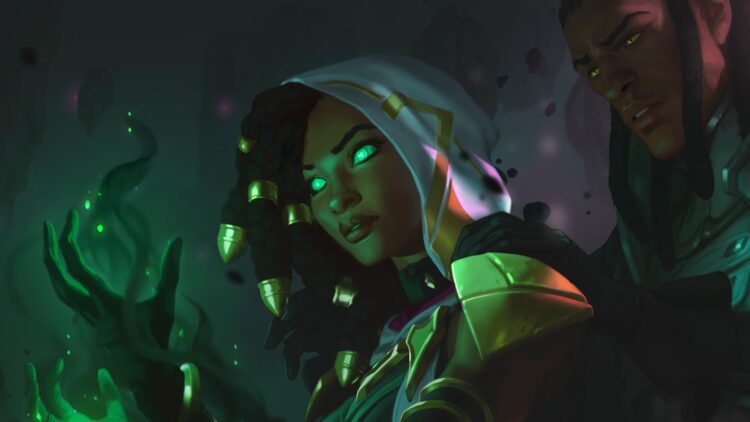 Prank is another new archetype that, like darkness, revolves around a specific spell card. It’s a 1-cost focus spell that lets you pick one of two randomly selected non-champion cards in the opponent’s hand or deck, and “prank” it. Pranking a card means picking one of two negative penalties that will affect the card when played. These pranks can include increasing a card’s mana cost, lowering its power, or even making it unable to block.

The best part is that pranks can stack. You can drop one card down to zero power, or increase a single card’s cost to whatever you want. Leveling up a champion like Fizz in a prank build can create loops of spells that can go on for a long time with little to no mana cost. Pranks can definitely be a strong archetype, but it requires extremely careful sequencing. It’s definitely not a deck for beginners, but if you prefer your control wacky, pranks may be right for you.

Discard focuses on new champion Sion, and pairs extremely well with Draven. As Draven can continuously generate Spinning Axes in your hand, they make perfect fodder for the deck’s discard abilities. In theory, it should make it so you almost never lower your own hand size with Draven on the board. If you have two Reborn Grenadiers on turn one, and your opponent has no 1-cost followers, you can deal a quick and easy six damage to your opponent right away. This is another tricky deck, but it can prove to be extremely powerful in the right hands — especially when combined with powerful support like The Lady of Blood. The deck also heavily relies on Draven to generate Spinning Axes, so if he is destroyed early, the deck can stall out pretty hard. 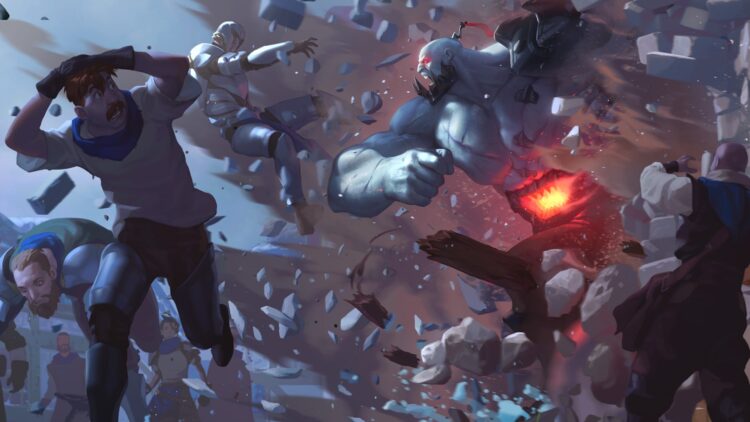 Darkness is a very interesting archetype. Like pranks, it focuses on one specific card: Darkness. A 3-cost slow spell, Darkness deals two damage to any follower, or even the enemy’s Nexus. Darkness decks use Veigar and Senna, both new champions in Beyond the Bandlewood. Veigar can increase the damage that Darkness deals, as well as lower its cost. Senna, however, adds more utility to Darkness, like increasing its spell speed from slow to fast. Ixtali Sentinel can create new copies of Darkness in hand, which will still retain the buffs it received from Veigar and Senna. This can create explosive kill turns to which the opponent can’t react.

Our early Beyond the Bandlewood gameplay session showed us lots of fun new champions that work in some very powerful decks. The wide variety of champions means there are decks for all kinds of players. Whether you prefer aggro, control, or some variant in the middle, there is sure to be a new deck that you’ll enjoy. Beyond the Bandlewood releases on August 25. You can download Legends of Runeterra from the official website, if you’d like to give it a try.