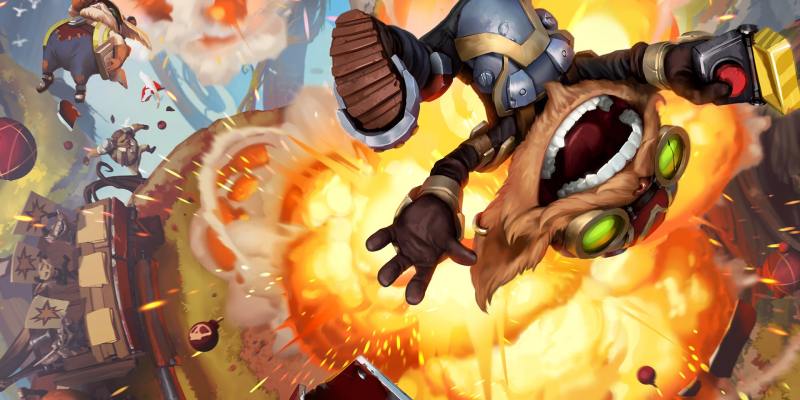 Beyond the Bandlewood is an important set for Legends of Runeterra, as it will be the final region to be added to the game. New sets, cards, and champions will still be coming after Beyond the Bandlewood, of course. But as far as whole new regions go, Bandlewood is it. Thankfully, the new set has a lot to add to the game, both mechanically and within the game’s world and lore. The titular Bandlewood itself is a land of whimsical adventure, with the main set of creatures collecting magical trinkets throughout. Not to mention they’ll also meet new friends along the way, some who even show up as new champion cards.

Speaking of those new champions, Beyond the Bandlewood brings nine to the fold. Poppy is based around powering up her allies on the board. Caitlyn, like Teemo, focuses on traps, which makes them natural fits in a deck together. Veigar focuses on using a new key card in the game, Darkness. The card is a 3 cost slow spell that deals two damage to any follower, or even the enemy’s Nexus. Veigar can power up the standard Darkness card, like increasing its damage and reducing its cost. Senna is another champion that focuses around the Darkness card. But unlike Veigar, she leans more on utility, adding additional effects to Darkness instead of merely powering it up. 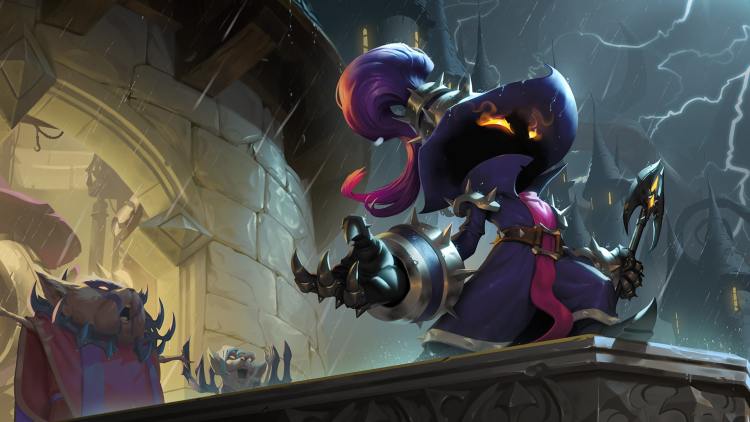 A plethora of new heroes and villains

Tristana, another champion joining the cast, is part of the Bandle City Gunners, a group that keeps watch over the city. She is based around a new card archetype being introduced in the set: multi-region cards. Her own effects, as well as her kit, increase in power as you add more regions on the board. Sion is a discard-focused champion, but not by discarding your opponent’s cards. He instead focuses on cards that discard from your own hand, which often have abilities and buffs for being discarded. It sounds counterintuitive, but is actually very powerful when used well.

Nami focuses on casting as many spells as possible, as well as buffing your followers on the board. Xerath is a landmark-focused champion, who likes to blow up landmarks to power up himself and his allies. Then, last but not least, is Ziggs, who feels like if Danny McBride’s character from Tropic Thunder became a magical woodland creature. He also focuses on landmark destruction, but with the goal of dealing direct damage.

There are also two new keywords being added to the set. The first is called Impact, and deals one damage to the opponent’s Nexus when a character with the keyword strikes. While this doesn’t sound like much on its own, the key distinction of Impact is that it can stack. This means a follower can end up with four or five Impact at once, dealing five damage directly to the opponent before the follower even finishes its attack. Manifest is the second new keyword and functions similarly to Invoke. Cards with Manifest will let you create in your hand one of three randomly selected cards of a specific type. 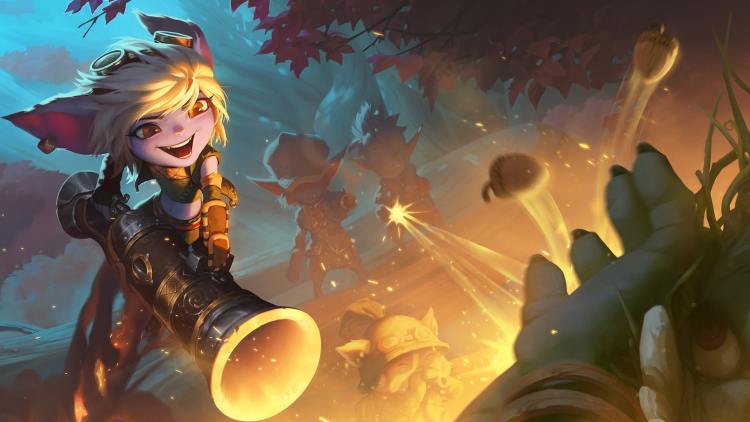 We were also shown a few brand new cards that highlight some of the key themes and powers of Beyond the Bandlewood. Mirror Mage is an 8 cost, 4/7 follower that generates a copy of a created follower in your hand, or a created spell. This lets you double up on any created card you make. Many cards for Veigar and Senna can create a copy of Darkness in your hand. If Darkness is already powered up, then these created versions will be as well. This may lead to situations where you can easily wipe the board clean.

The Lady of Blood is a 4 cost (set at 2/4) Epic card that reads: “When you discard a non-Fleeting card in hand, you can create a Fleeting copy of it.” This card is an absolute ‘three of’ in for Sion, letting you replace anything you discard.

Corina, Mastermind is one of my favorite new cards in the set, and works well with Caitlyn. She is a 6 cost with 5/5 and an ‘on Play’ ability. When she is played, you can plant five Flashbomb Traps at random in your opponent’s deck. Flashbombs are Caitlyn’s main trap, and when an opponent draws a card with a Flashbomb on it, one follower on the field takes two damage. Corina can otherwise manually activate all traps within the top five cards of your opponent’s deck. During the late game, this card can be devastating if you’ve been able to saddle your opponent’s deck with Teemo’s mushrooms and Caitlyn’s Flashbombs. More often than not, Corina hitting the board means you won the game without even needing to attack. 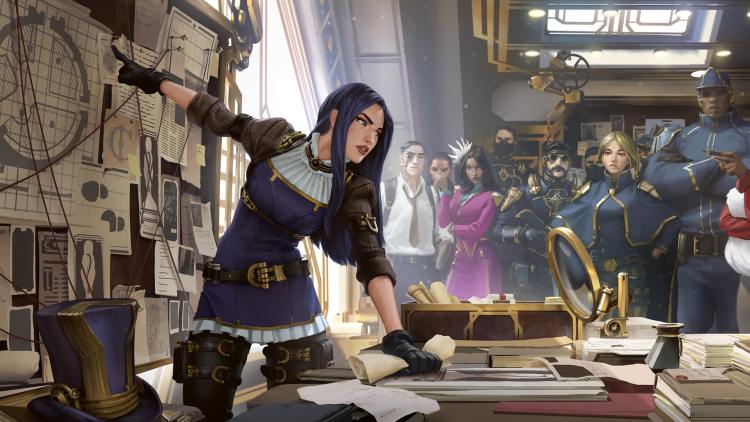 The meta is about to dramatically change

Fleet Admiral Shelly is a 5 cost (with 3/3) who gives your other allies +1/+1 for every two spells in your hand. This card has great synergy with Nami, who focuses on playing multiple spells in a turn. A lot of Nami’s kit lets you create spells in hand, further increasing Shelly’s effectiveness. The last new card we got to see is Bandle Painter, who’s a great representative for the city of Bandlewood. This humble artists costs 3 mana and is a 2/3 with Augment. When played, you can discard a card to create a multi-region follower in hand. This card obviously works great with Tristana.

This will be one of Legends of Runeterra‘s biggest sets, and it shows. Beyond the Bandlewood brings new cards for players of all types, and some of these new champions are primed to make some killer decks. Tomorrow, we will go over our hands-on time with the new cards, and how these decks work in actual game situations. If you’re interested, you can try Legends of Runeterra for free right now. Beyond the Bandlewood drops this week on August 25.

Bungie 30th Anniversary Pack brings themed content to Destiny 2, along with the return of Gjallarhorn