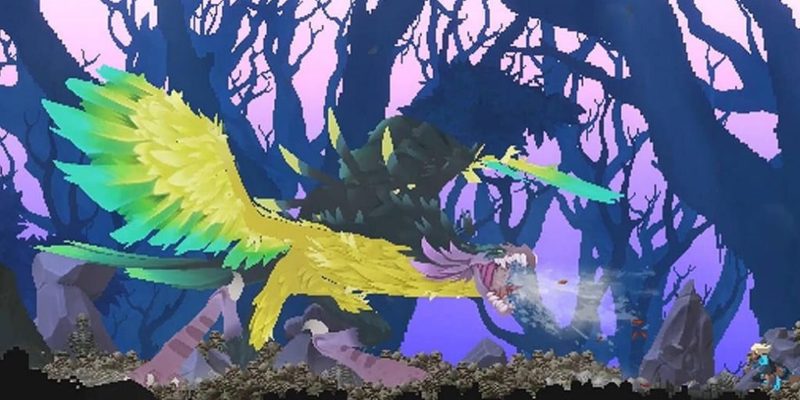 2D action-platformer Foregone is out today as an early access title and Epic Games Store exclusive. It is available right now for $24.99 (or your regional equivalent). Foregone is Big Blue Bubble’s first venture back into core platform game development in nearly a decade.

Big Blue Bubble spent much of the 2010s developing various mobile titles. The studio is probably best known for its work on the My Singing Monsters franchise. However, Foregone marks its first real attempt at making a signature IP core platform title. According to Damir Slogar, the company CEO, Foregone is a game he has wanted to make for a “very long time.”

Foregone will have players take on the role of Calagan City’s strongest arbiter. The role of an arbiter is to overcome enemies, defeat powerful bosses, and become stronger by gathering rare loot. The purpose of all this is to help unravel the mysteries hidden behind the Harrow.

The visuals are rather striking, offering a unique combination between traditional 2D pixel art and modern 3D animation. Its primary inspiration is the Souls games and the challenging combat mechanics they offer. Of course, both the art and perspective offer a twist compared to other Souls-inspired titles like Sekiro and Ashen.

If it’s killer soundtracks that make you love a game, Foregone might not be a bad shout. At MIGS 2019, Big Blue Bubble’s platformer won an award for music design. For reference, MIGS is an annual game conference held in Montreal, Canada that hosts over 3,000 different game developers.

Even though Foregone is currently an Epic Games Store exclusive, a Steam release will be coming down the line. According to its official Steam page though, fans will have to wait until at least 2021 for Big Blue Bubble to bring it across, the typical exclusivity period.