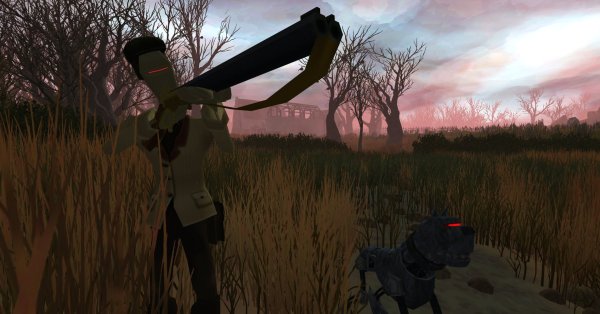 Developers Big Robot have terrible, robo-designs on eradicating humanity. Their forthcoming game Sir, You Are Being Hunted features emotionless robotic aristocrats chasing down unwitting prey (that’s you) with robo-dogs in the foggy British countryside. Said countryside will be procedurally generated, so you will never truly know where to hide and all the running away will be done in first person.

A “beautiful, hand-drawn inventory” will also play a role, so it sounds like you’ll be able to pick stuff up to help you (either) get away from the hunters or fight back against them. Gameplay specifics aren’t so clear at the moment, but that’s why this is just a ‘teaser’ trailer and nothing more.

Sir, You Are Being Hunted is pointing its release-shotgun squarely at 2013, and will appear on the PC.

Simultaneous multiplayer patched in to SSX