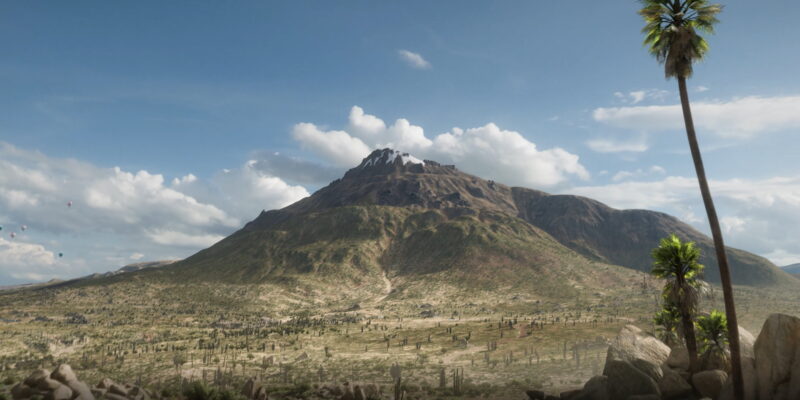 In a recent livestream, some developers from Playground Games sat down to show off the beautiful new biomes that players will enjoy in Forza Horizon 5. Located in Mexico, the new in-game map features a stellar diversity of regions including swamplands, swaths of desert, rocky canyons, thick jungles, rolling farmlands, tropical beaches, an urban city, and arguably the star of the show, the imposing Gran Caldera volcano.

Each of the biomes has been crafted with knowledge of Mexico’s diverse geographical features and varied climate. As mentioned in the recent past, the seasons/weather system that was introduced in Forza Horizon 4 has been upgraded in Horizon 5 to offer a more realistic atmosphere.

For instance, if it’s snowing on top of the volcano in the wintertime, it will be hot and sunny down below by the coast. During the summer, the tropical regions can have torrential downpours and high winds. On the other hand, the desert will remain dry and offer thick dust storms that totally blast out visibility. Small effects like foliage whipping around in the wind and intense light rays bursting through thick clouds of fog are far more pronounced in Forza Horizon 5 compared to past titles.

In fact, the developers state that just about every graphical effect has been enhanced, with more dynamic effects and higher resolution textures than ever before. Even the sound effects have been enhanced, including hundreds of more engine recordings that have been created using a more authentic technique.

Playground’s goal is to provide an authentic re-creation of the different parts of Mexico. So much so that even historical sites like an ancient hidden temple ground is located in the forest area, with many similar landmarks hidden throughout the map. On top of the Gran Caldera volcano, the entire map can be viewed. Playground states that its the grandest geographical feature of any Horizon title yet. Weather can even change while riding up the face of the volcano, such as rain turning to snow as you go higher. 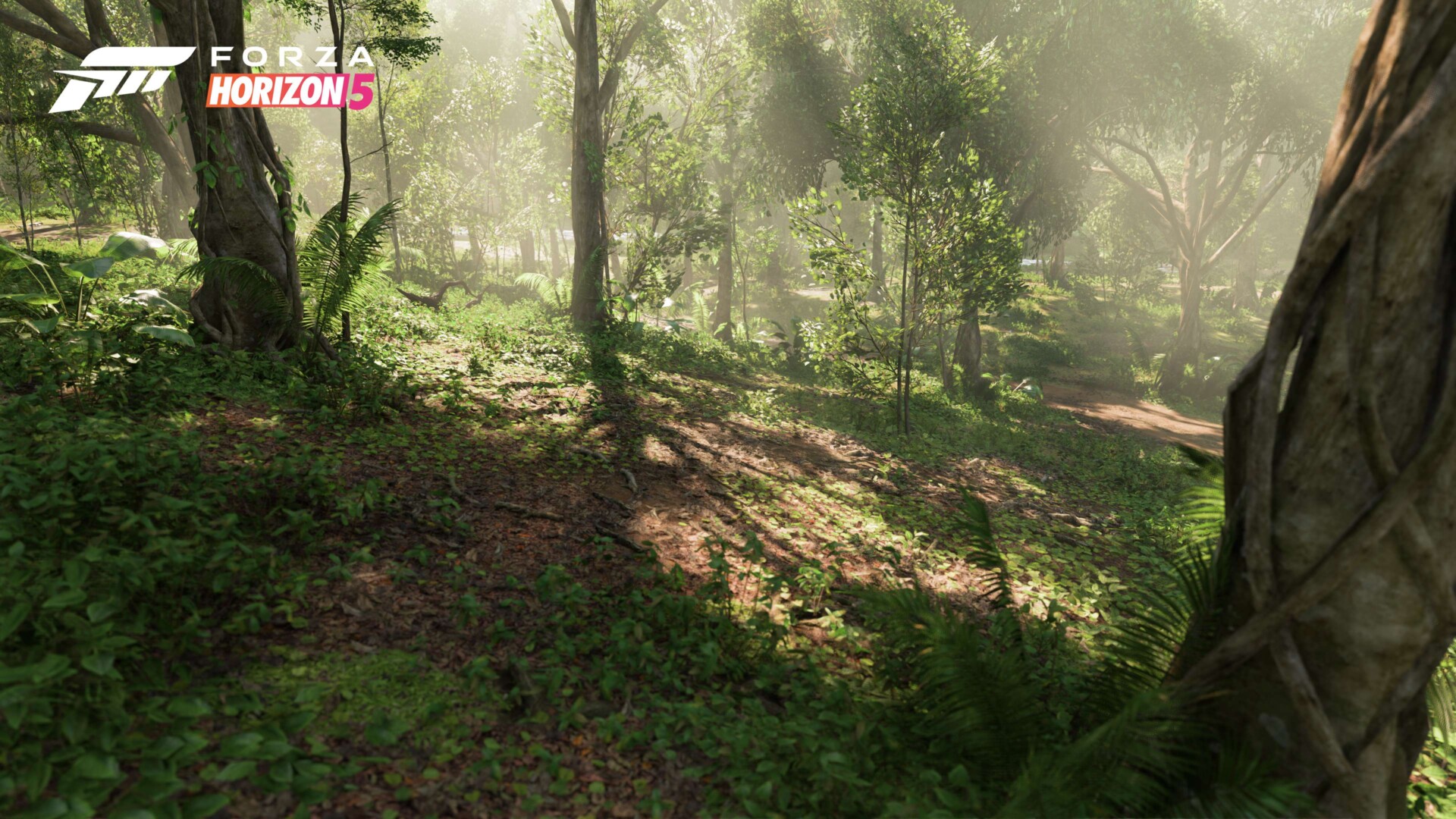 From data to decoration

To help capture the authentic look of Mexico’s features in Forza Horizon 5, the scenery was developed using photogrammetry techniques. In short, thousands of pictures were taken to capture as much data as possible to then render in-game, even down to individual rocks. Each biome has specific features to separate one other visually, and some races will meander between multiple biomes. For instance, a race can start in the desert and then shift into a bit of the coast. The coastal areas have been inspired by both the more tropical areas of Mexico and also the rockier coastline. 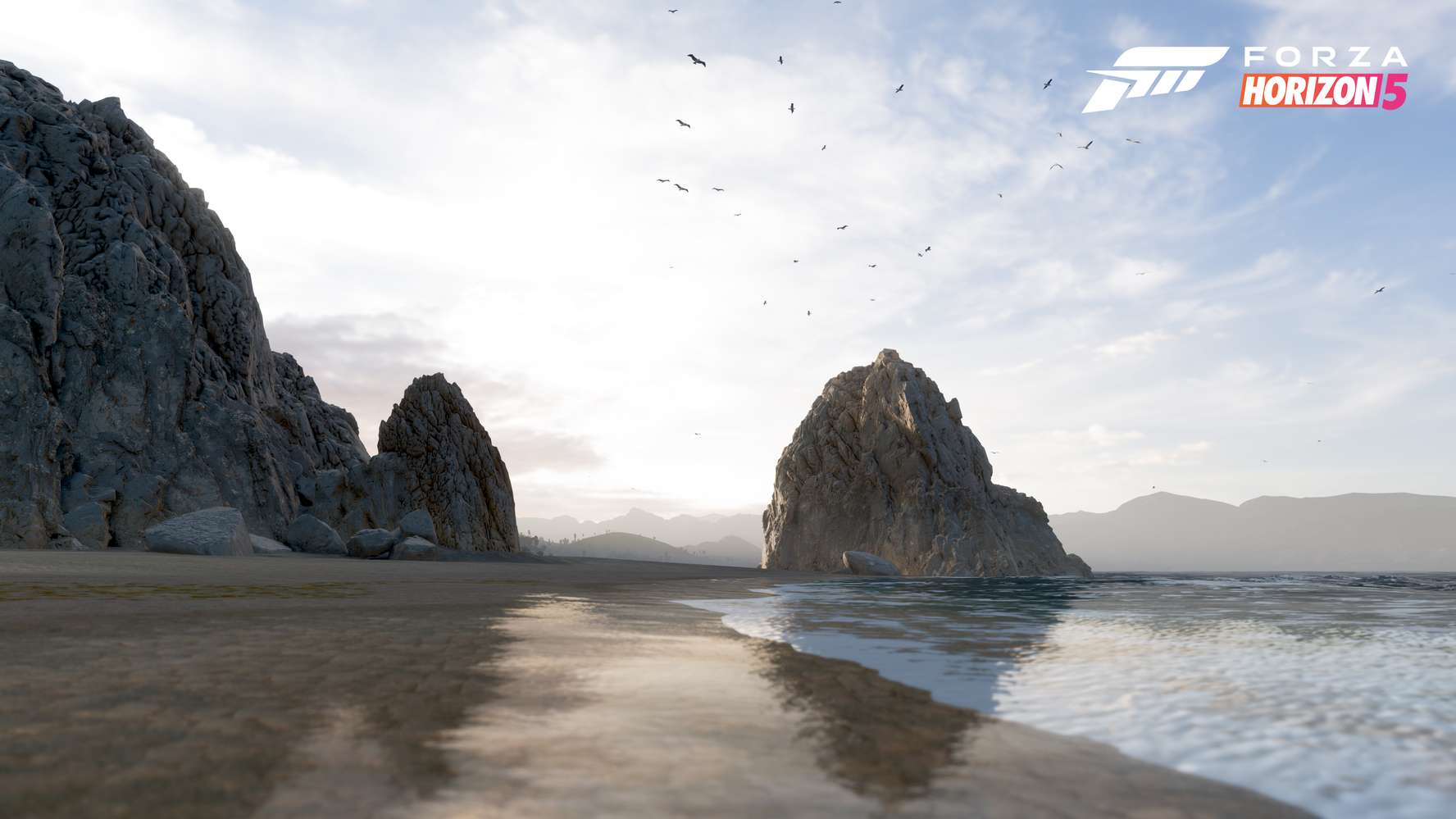 Another little detail revealed in the livestream is that there will be multiple Horizon Festival locations scattered throughout the map, which seem to be dedicated to specific racing disciplines. For instance, the one shown off already is a race from the Horizon Apex festival, which is dedicated to high-performance cars and road races.

In just a matter of weeks, the full map of Forza Horizon 5 will be revealed, so all of the biomes will get some time in the limelight.