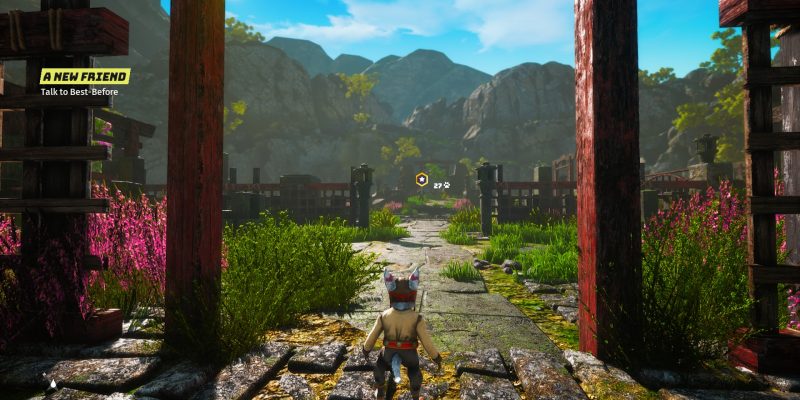 The first thing you’ll tackle in Biomutant is character creation. It’s one of those games that asks you to make choices that determine your starting point distribution. Just like most games, you won’t actually know what the best focuses are until you’ve gotten some time in. This guide will break down all the stat and class-based choices you can make during character creation, along with some suggestions as to what choices you should make, depending on how you want to play the game.

The first choice entails choosing your breed. There are six of these, each with their own slight differences. I consider the Primal to be the least-terrible looking one, but you’ll need to make a choice between looks and stats. Honestly, the stat differences don’t make much difference, but if you want the maximum boost, you might want to focus on them.

Melee attacks are the absolute best source of damage in Biomutant. That being said, having ki energy and energy regen are also very helpful when it comes to dodging. But I recommend damage, meaning that the Dumdom will be your best bet for that. You’ll want to go with the Fip if you prefer ki. However, you’ll be looking at your little character a lot, so don’t hesitate to go with what you like. 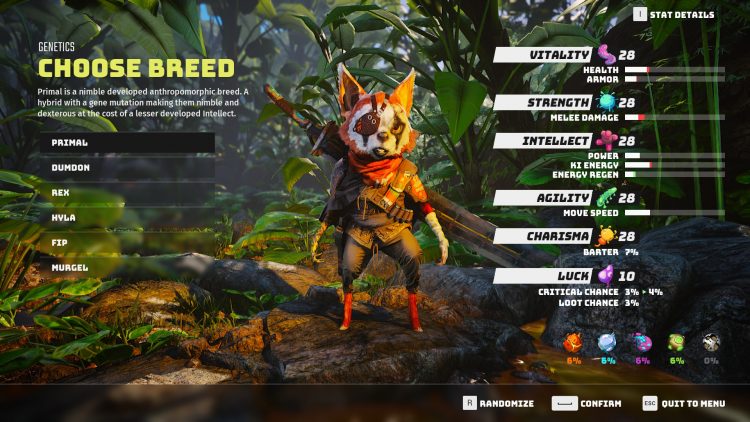 After you make this choice, you’ll be given the option to balance your stat points. Once again, I suggest going for straight damage via strength. You can mix and match however you like though. Once again, it doesn’t really matter. Biomutant is not a hard game by any means, but stacking melee damage will let you power through most enemy encounters for the entire game. How you decide this will impact your character’s physique though, so that’s another good reason to focus on it. 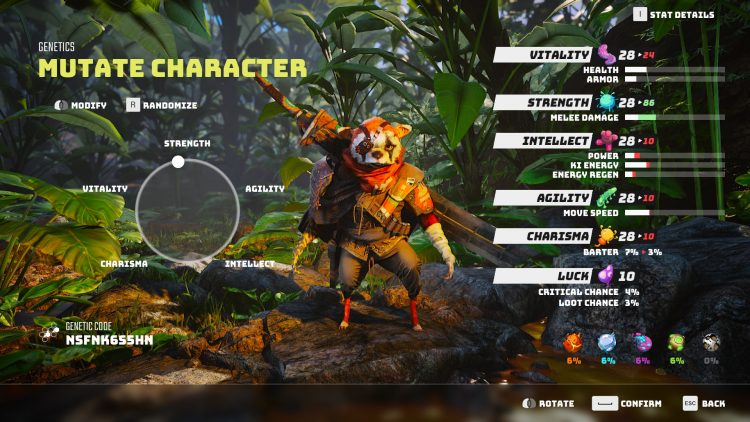 The path of least resistance

After you make that choice, you can choose your character’s resistances. This one matters even less. Honestly, you probably won’t ever notice any tangible difference in regards to anything by giving your character better resistance to one thing over another. Plus, it’s easy to get suits that cancel all types of damage received from those sources, so just do whatever you feel like. Nothing is more common than anything else, so it just doesn’t matter at all. You’ll also choose your fur color, but that has no bearing on stats, so that’s all up to you.

Then there are classes. You’ll pick from a list of five (six if you have the Mercenary DLC) and, well, they aren’t much of classes. They have one or two perks that you can start out with, and some of them are unique to each class. I will say that I found two-handed slash weapons to be more damaging compared to everything else, so I wouldn’t suggest worrying about dual wielding. But you won’t even have access to that if you don’t pick the saboteur. Honestly, most of these starting perks aren’t all that good. The saboteur gets a 20% reduced dodge cost, which is kind of nice. Also, picking the psi-freak start is the only way to get the spark ball, so you might want to go with that. 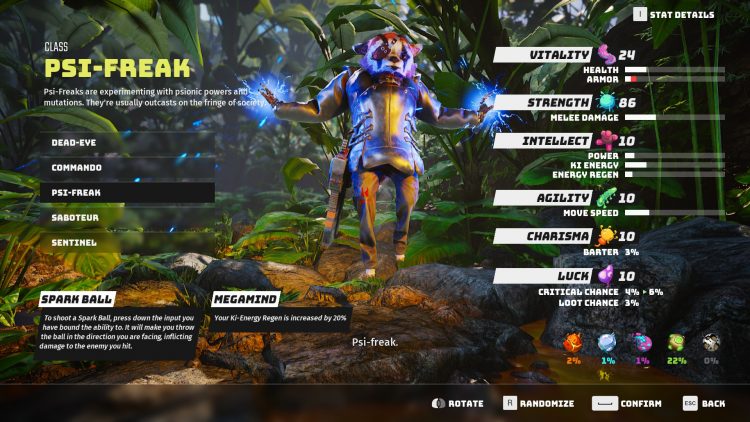 That’s really all there is to character creation in Biomutant. Don’t worry much about it and just go with what feels right. It’ll all be the same after a while regardless. We also have some guides on how to find and use psi-points as well as how the crafting system works.

Biomutant guide — How to get psi-points and unlock aura skills