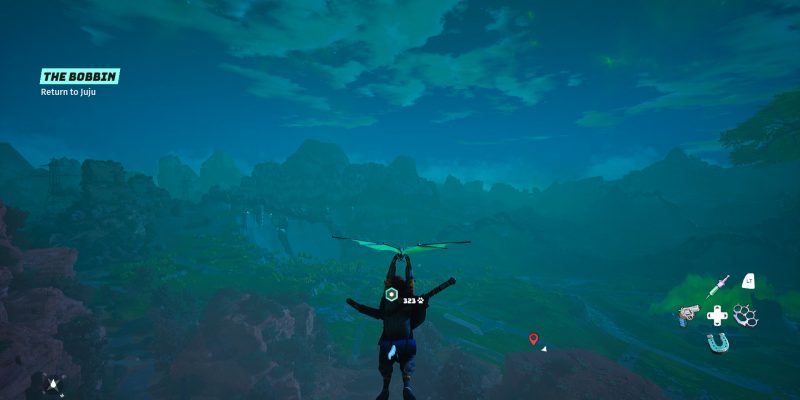 Like the rest of the game, crafting in Biomutant isn’t all that complicated. It’s a bit different compared to how many other games do it though. By “different” I mostly mean that it’s convoluted and that the menus are kind of annoying, but you take my meaning. This is going to break down what you need to know about crafting and how to get the most of out of your gear. First of all, you’ll find crafting components constantly. Most of these are little devices that you’ll have no idea what to do with at first, so those will pile up as you go on.

There are two ways you can go about crafting in Biomutant. You’ll need to go to “Craft” in the menu and select your hands. You’ll then be given the option to switch between melee and ranged weapons. You can craft an all-new weapon, or modify existing ones using the parts you’ve found. What you’ll want to do will depend on what you’ve got on you. If you’ve got a base that does more damage than any weapon you already have, then you’ll probably want to go with that. If not, just add parts to already-existing weapons to get another couple hundred damage or so.

Weapons are made via using items for the handle, base, and add-ons. Obviously, you want to prioritize damage, but you can also add other attributes based on the components available. But DPS should be your focus. The menus will tell you how much of everything is added and all of components that can be reused repeatedly. There’s a number with a green symbol by each component, but that just tells you the individual sell value. I’m not sure why they included that on this screen, as it’s not helpful info beyond higher value items typically being better. 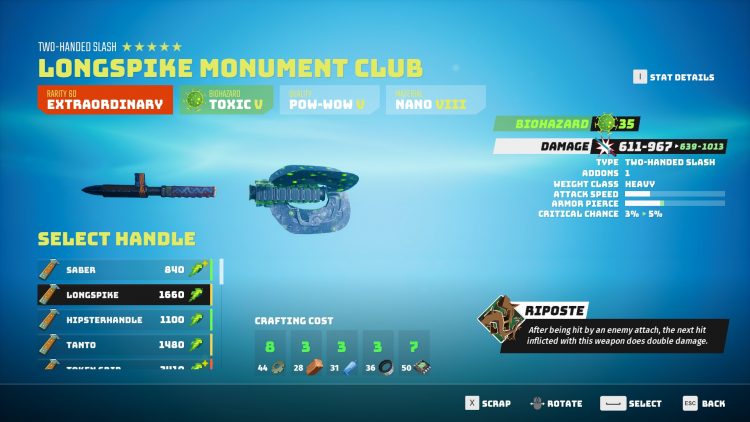 Check your inventory for base components every couple of hours, as you might have picked up something strong in your travels without noticing. Doing the appliance sidequests also reward you with some of the strongest unique components, so you can always do those. For instance, finding and solving all five globes will give you a globe crush weapon that may or may not be all that great, depending on what you’ve found prior. Unlike weapons though, you can’t make new gear. Gear pieces each have a certain amount of armor and add-ons. Not all pieces have add-ons, though.

When it comes to picking up a piece of gear, I’d recommend picking ones with add-on slots over ones without them. Add-ons can put a lot more armor on a piece of gear. Although Biomutant is easy without doing any of this, enemies will often do barely any damage if you do a good job of slapping all the strong add-ons you can onto gear pieces. Although, you can get through the game just fine without worrying about crafting. But it’s supposed to be an RPG, so why not use what you can?

That’s all you need to know about crafting in Biomutant. Once you get used to the menus it’ll be second nature. Plus, you really won’t need to mess with it all that often unless you’re into min/maxing. 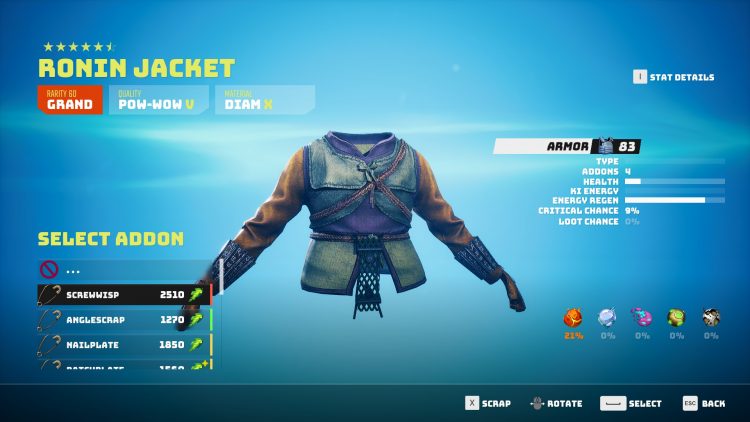 Biomutant guide — How to get psi-points and unlock aura skills