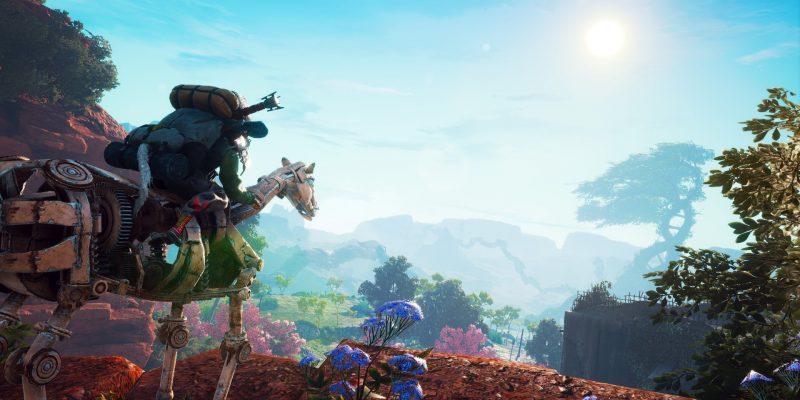 It used to be that when a game launched, that was it. You were stuck playing the version available on the disc or download. As gaming has evolved, so have the updates. Bug squashing and patch fixes too have evolved, sometimes changing the game altogether. Biomutant is one such title that aims to benefit from the modern practice of providing full overhaul style updates. From the game’s official Twitter account, Biomutant noted some major updates to the game, including graphics, narration, and combat.

We are working on the pacing of dialogues, narrator settings, difficulty settings, video settings like depth of field and motion blur, loot and enemy tuning as well as sound and combat.

From the looks of it, the next Biomutant update will probably come in a hefty package. It isn’t just a bad bug in the first level or loot drops. Instead, the Experiment 101 team is working to add some customizations for big-ticket items. According to the tweet, these include changes to narration, dialogue pacing, and graphics.

The team at THQ Nordic and Experiment 101 seem as though they are receptive to community feedback. Both THQ Nordic and the Biomutant Twitter accounts have commented and replied to user concerns. One such concern is the ability to skip the story at the game’s startup. THQ Nordic acknowledges that this is “one of the most requested features” from players and will likely address it in the next update.

As this is one of the most requested features, we will look into it.

There is currently no expected release date for the next Biomutant update. The patch will roll out to PC players first with a console fix coming at a later time. However, if it addresses some of the gripes players have had, including our own PC Invasion team – it can’t come soon enough. As it stands right now, here is a bullet point list of some of the standout items addressed in the thread:

Two Point Campus, from the makers of Two Point Hospital, gets leaked