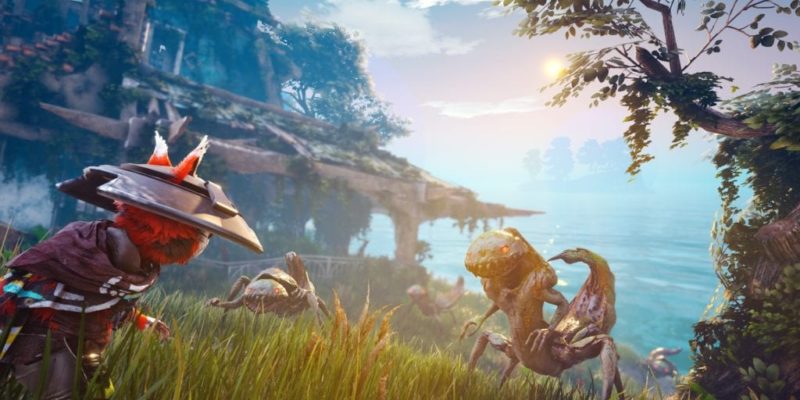 A set of former Avalanche (Just Cause, Mad Max) developers under the name Experiment 101 are making an open world RPG called Biomutant. You’ll play as a fuzzy red panda/racoon looking creature that can alter its own genetic code to change its appearance and abilities.

Said creature is also going to be pretty handy at martial arts. The official site confirms that you’ll be able to acquire new “Wushu” style combat abilities as you progress. As mentioned, Biomutant will let you change your look and talents through genetic recoding. You might pick up a mantis claw, or unlock psi-powers by coming in contact with some old world radioactive bunkers.

The open world can be traversed on foot, or in vehicles like mechs, hot air balloons, and jet skis. You’ll also come across equipment like gas masks and oxygen masks to allow you to enter previously dangerous areas.

The region’s Tree of Life is “bleeding death” from its roots (never good), and your actions will determine how the (narrated) story unfolds. There’s also talk of either uniting or bringing down the local Tribes. Biomutant is coming in early 2018 to PC.

Need for Speed Payback trailer has cops coming from everywhere