As you may be aware, the Games for Windows Live system is being discontinued next year. That has left a fair few PC games who were using the system in a bit of a bind. 2K Games’ solution for BioShock 2 is to surgically remove the GfWL cancer and beef up the Steam version with some added extras.

According to this thread on the 2K forums, any BioShock 2 key purchased at retail or digitally outside of Steam can now be redeemed on Valve’s digital service. They also state that “Any key “activated” in Steam (retail or digital) will give you BioShock 2 and all associated DLC packs, including Minerva’s Den.” Which is a neat bonus. If you already own BioShock 2 on Steam then I think you’ll now own all of the DLC. It should update itself automatically.

If you opted to buy BioShock 2 from Steam today, you would get all of the DLC packs excluding Minerva’s Den. However, that excellent single player DLC can now be purchased separately on the service. Previously, it was only available through GfWL.

Multiplayer characters and saved games will not transfer from the GfWL copy to the newly activated Steam one. However, the game now has controller compatibility and supports big picture mode.

NeoGaf has been following a few games on Steam that look as if they’re planning to do this. It seems as though Batman: Arkham Asylum and Batman: Arkham City will be removing GfWL too at some point.

XCOM: Enemy Within can be pre-ordered on Steam 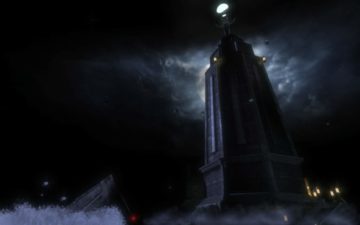