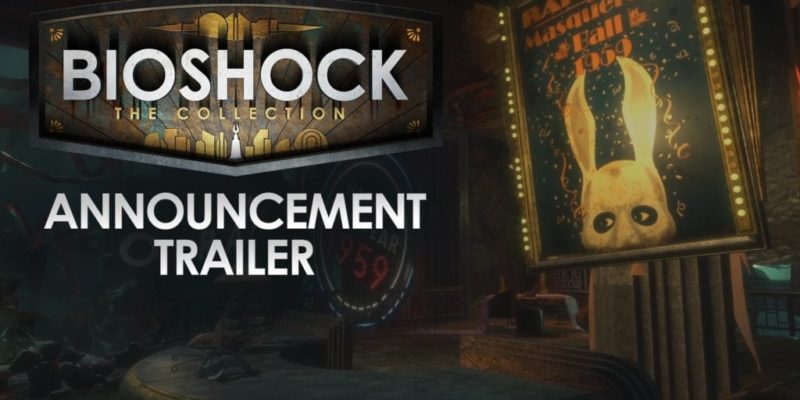 As yesterday’s extensive leaks indicated, 2K have announced the upcoming release of BioShock: The Collection; a ‘remastered’ set of the three BioShock titles. The PC will be getting this Collection (digitally, at least), and those who already own BioShock, BioShock 2 and/or Minerva’s Den (BioShock 2 DLC) on Steam will have the option to upgrade to the newer versions for free.

Both of the first two games are very cheap in the Steam sale right now ($4.00 apiece), so if you want to plan ahead for a free upgrade, now is a decent time to pick them up.

BioShock: Infinite isn’t getting any sort of remastering on PC, because 2K consider it recent enough to hold its own in the graphics and textures department. It is also noted that BioShock 2’s new version will not include the game’s original multiplayer mode.

This announcement is not exactly exhaustive in its details about what, exactly, has been ‘remastered’ in these games. This sentence is the closest it comes: “The weapons, plasmids, levels, and character models that shocked you years ago have been reskinned and retextured to look better than ever.” We may learn more specifics between now and the 13 September release date (16 September internationally).

Here’s what’s in BioShock: The Collection, followed by a trailer. It’ll cost $60.00 USD as a stand-alone, but as noted above there are much, much cheaper ways of getting the bits you want on PC.

Tumblestone Is Coming On July 12