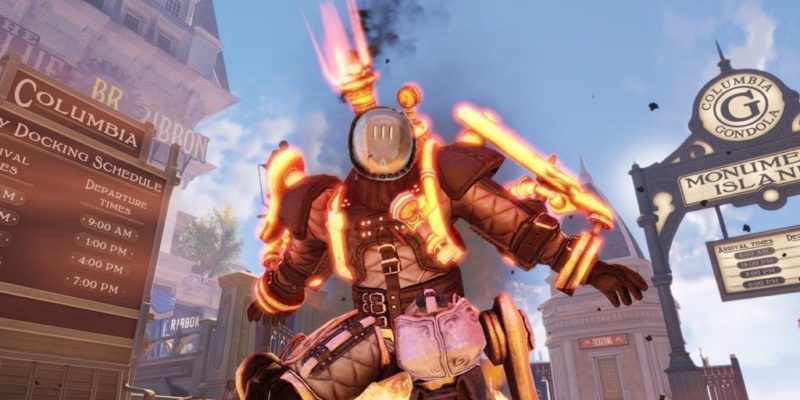 A new trailer for Bioshock: Infinite was released today, which has a bunch of new details to be snagged from it. The trailer shows off a bunch of the powers which you will be able to take advantage of throughout the game, also, another way which Elizabeth will join in and help is revealed in the trailer.

A few plot points are also revealed in the trailer, such as the reasoning for Booker actually coming to Columbia in the first place, along with a variety of scenes that appear to be pulled straight from the story, so if your looking to dodge spoilers, this trailer may not be for you, although of course they are only very minor spoilers.