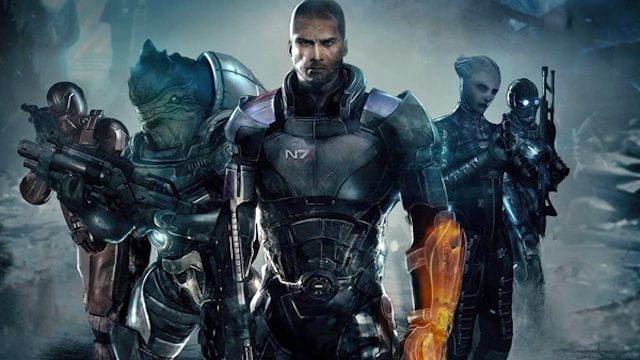 In case you missed the memo, it’s officially N7 day. That means a celebration of all things Mass Effect, BioWare’s highly beloved series. Though it’s been ages since we’ve seen anything new from the series (the last game was Andromeda), it’s still a hit with fans. And now, the developer is curious to hear what they want next from it.

BioWare recently sent out a tweet, asking what fans want to see with the series moving forward. It noted, “We want to hear what you love about the Mass Effect universe and what you want to see in the future.” It then invited fellow users to take part in the conversation by using the #N7Day tag on social media.

What else did BioWare say?

Casey Hudson, general manager for the studio, put in his own two cents as well. He greeted everyone with a “Happy #N7 day!” Then he pondered, “We’ve been thinking a lot about where we’ve been in the Mass Effect universe, and where we want to go next.”

After this, he posted a number of tweets featuring members of the ME community, followed by some great artwork, featured below.

We have so many ideas for things we want to do in #MassEffect, so much concept art that hasn't yet been brought to life, and so many stories yet to tell. #N7Day pic.twitter.com/gDXbYComCC

So the real question is… what does it mean? Could the company be returning to the Mass Effect franchise now that work on Anthem is pretty much concluded?

Not at the moment, it seems. The company previously confirmed that it was working on a new Dragon Age game, though we haven’t heard too much info on it as of late. The Video Game Awards are next month, so an announcement could be made then. Once that’s done, however, the sky may be the limit for a return to Mass Effect.

For the time being, fans can dare to dream — and celebrate N7 day, of course. Here’s hoping the series does make a fond return at some point, though.