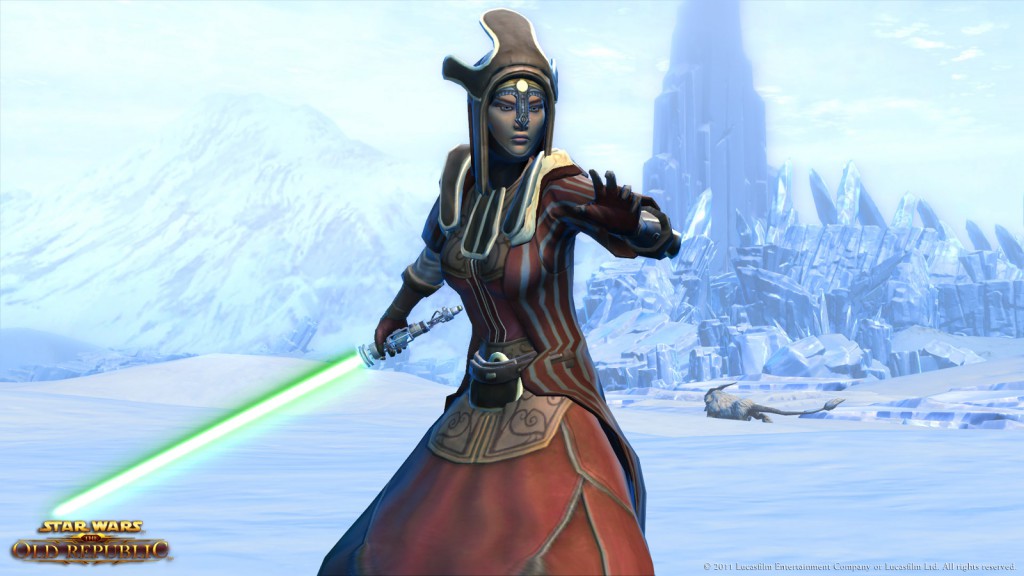 Despite BioWare saying late last year that it couldn’t see MMO Star Wars: The Old Republic going down the free-to-play route anytime soon, it was only a matter of before the developer looked into the prospect.

It’s the way the MMO market is going, if you don’t at least think about free-to-play you’re going to fall flat on your face. Seems BioWare has finally picked up on that reality.

In a recent interview, following significant losses to The Old Republic’s subscriber base, the game’s lead designer Emmanuel Lusinchi has confirmed that the free-to-play is being looked into at BioWare.

“The MMO market is very dynamic and we need to be dynamic as well,” he said. “Unless people are happy with what they have, they are constantly demanding updates, new modes and situations. So we are looking at free-to-play but I can’t tell you in much detail. We have to be flexible and adapt to what is going on.”

Perhaps it’s because BioWare are not a ‘proper’ MMO developer that’s behind the reason it has taken them so long to figure out that free-to-play is becoming integral to the genre. BioWare, and publisher EA, certainly seemed to think the power of the Star Wars (and the BioWare name) would be enough to entice players into the world. That tactic certainly worked in the short term, but multiple failures later (end game complaints, borked updates and a developer seemingly unprepared for the amount of post-launch support needed) have resulted in less than stellar performance for the MMO this year.