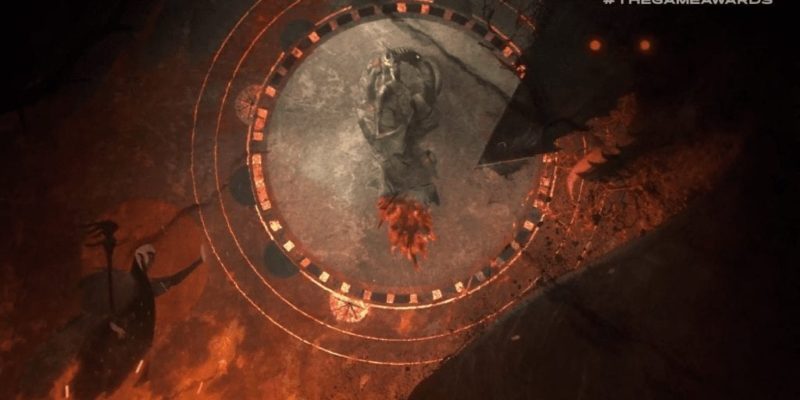 “I suspect you have questions,” asks the Dread Wolf teaser trailer. Yes, you’re damn right I have questions. BioWare just dropped the teasiest of teases for its next Dragon Age game during The Game Awards 2018. Which I called, by the way. But other than its sheer existence, next to nothing has been revealed about the new game.

All we can glean, is that the next Dragon Age will have something to do with Solas. I’ll stop you here if you haven’t beaten the last Dragon Age, because this is a big spoiler. Solas, a companion in Dragon Age: Inquisition, is an elven mage who’s not quite so friendly with his fellow kin. At the end of the game, he’s called the Dread Wolf. This is a big reveal for those who know Dragon Age lore, which, admittedly, I’m a little sparse. Just know that the next game should revolve around Solas, and betrayal is most likely on the menu.

Age Of The Wolf

What little we have to go on the upcoming Dragon Age comes from the makers. Both Mark Darrah, executive producer, and Matthew Goldman, creative director, have dropped some words at the game’s official blog.

“We have been working on a new Dragon Age game for quite a while now and I am pleased to finally tease the existence of this project,” writes Darrah. “While we won’t be sharing any details for now, I can tell you we have been building a new team around a core of Dragon Age veterans, people I’ve worked with on Dragon Age, Jade Empire, and some of whom I’ve worked with since the Baldur’s Gate days. While I have been focused on Anthem, the rest of the team has been hard at work exploring ways to push BioWare’s storytelling to the next level. I’m so excited to show you more!”

Goldman writes, “Making players into heroes of their own stories has been my real-life quest since Baldur’s Gate. Over the years I’ve taken on increasing challenges: building vast living worlds, devising fun party-based combat and illustrating fantastic stories. Now, I’m honored and excited to continue BioWare’s rich legacy of colorful companions, romance and epic choices in my favorite fantasy franchise. We’ve gathered our strongest team yet and are venturing forth on the most epic quest ever!”

We’ll have more on the next Dragon Age game as details emerge.