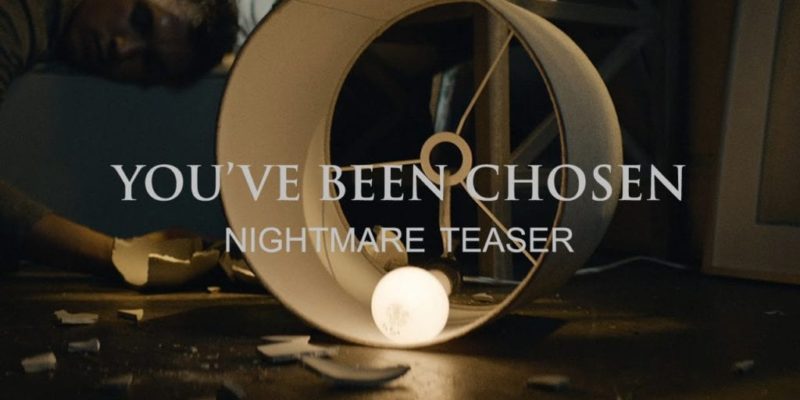 A 40-second live action video teases a reveal for a rather horror-ish new BioWare IP at Gamescom.

Titled “You’ve Been Chosen: Nightmare Teaser”, the video asks what really happens when we sleep. There’s all sorts of horror weirdness like a man in a suit with billowing smoke for a head, and trying to open your car door only to find you’re already sitting in there, and… well, yes. It’s a bit odd.

The text for the teaser reads: “The time is near. They are watching. Your power is rising. Cologne, Germany. You’ve Been Chosen.” Cologne? Germany? That sounds like Gamescom, guys.

So, absolutely no idea what this is but considering the modern-day aspects of the video I’d wager it’s a new IP. Looks a bit The Secret World to me in terms of tone, but… are BioWare doing a horror game? Or is it a third-person action game/RPG with an eerie horror setting? Or is it a proper CRPG? I doubt the latter, myself. Either way, it sounds like we’ll find out at Gamescom, so sometime between 13 August and 17 August.

I suppose I’d also hazard a guess that the game might be called You’ve Been Chosen, considering how prominent those words are on both the trailer itself and on the not-exactly-amazing website. I mean, there are stylised versions of those words that look like a logo, but who knows? That might just be the game’s tagline, a la The Secret World‘s Dark Days Are Coming.

Middle-Earth: Shadow Of Mordor – 10 Characters Who Must Cameo