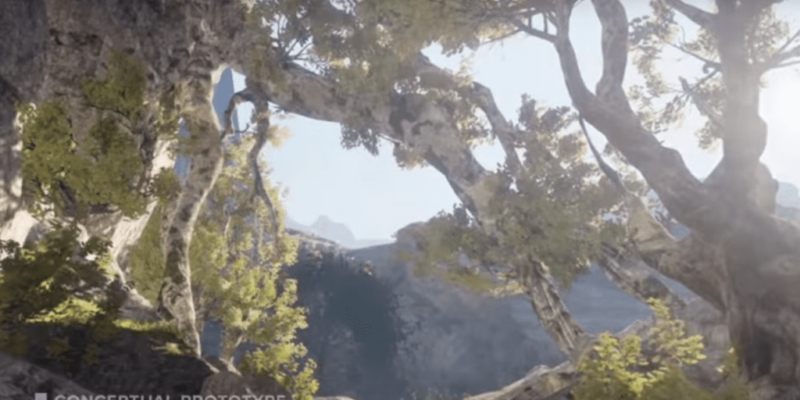 Who’s ready for an extremely vague update about BioWare’s in-progress project based on a new intellectual property? Excellent, because that’s exactly what’s been released today.

You may recall from back at E3 2014 that BioWare’s Edmonton studio were working on a new IP. News of that formed part of a short E3 video (below), starting around the 1:20 mark. At the time they said they wanted to take on “contemporary stories” and create a world “as imaginative as everything we’ve done before”. Along with some environmental concept shots, that was about it.

Three years on, the message hasn’t become a whole lot clearer. BioWare’s Aaryn Flynn, in a note released today, says they’re “creating a unique IP that will bring players together in exciting new ways”. He also writes that work on this “new universe full of new characters, stories, and gameplay” began in 2012. In addition, he says that it’ll be something to “enjoy with your friends”.

Combined with the line about bringing players together, that sounds like a multiplayer focus. But I could just be divining the tea leaves incorrectly here.

Again, this trailer isn’t new, it’s the E3 one from 2014 which introduces the new IP around the half-way mark.