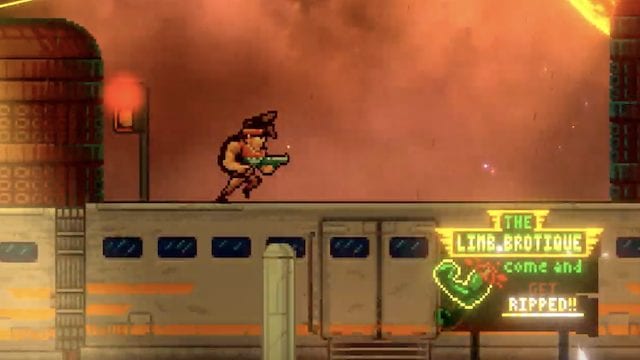 By now, fans of run-and-gun shooters have seen all kinds of entries come their way. But what about one where your soldier eats as much as they open fire? Well, that’s about to happen with Bite the Bullet.

Set to release sometime next year, the game is described as a “Run & Gun & Eater.” Along with being able to take out enemies with gunfire, you can also eat them. But there’s a reason for taking this digestive path — you actually acquire new upgrades as a result.

Mega Cat Studios has released a new behind-the-scenes trailer to walk you through Bite the Bullet‘s concept. It has controls similar to older favorites like Metal Slug and Contra, but with the ability to digest downed foes. Once fully eaten, you’ll have to see how they affect you via Fat, Protein, and Calories.

With these components, you can upgrade weapons for better performance and increase your soldier’s skills. There’s no limit to what the soldier can eat, including meat, plants, and even metal. (A good iron diet, eh?) This can change effects in the game almost instantly — and very dramatically. There are also power-ups that provide buffs, like a lawful banana. 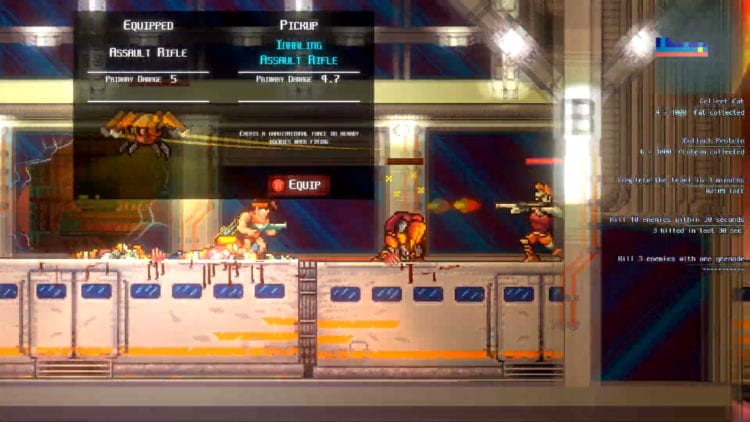 But there’s a catch. If you eat too much of something in Bite the Bullet, it can not only hurt your appearance, but also your overall performance. Fortunately, this gives you an opportunity to turn into the Zombro, a muscle-bound freak that can bash enemies with melee attacks. You’re also invulnerable for a limited time.

The video features a peek at boss battles and how you can eat them once defeated. But it also shows off your character vomiting to earn perks. And yes, it’s graphic.

Check out the full trailer below. We’ll let you know when more information about Bite the Bullet is available.

Hitman 3 confirmed to be ‘well underway’