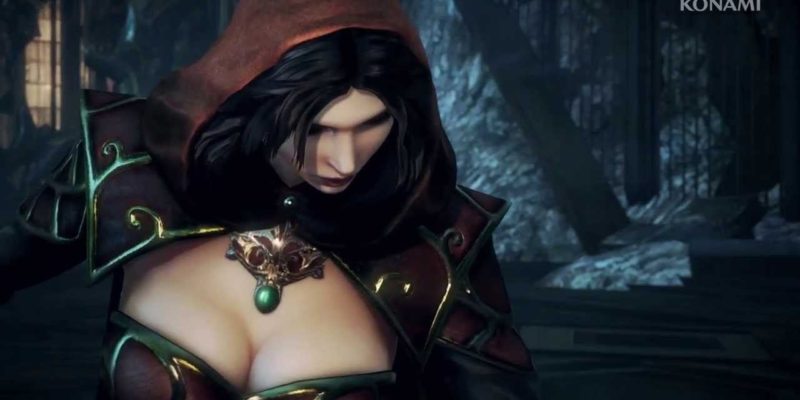 This Dracula’s Tomb edition is a gravely serious matter.

To the surprise of everyone, Robert Carlyle turned out to be Dracula. That’s something of a spoiler for the first Castlevania: Lords of Shadow, but since every single trailer for the sequel has been spoiling the exact same thing I don’t feel too bad about it. This trailer is no exception, showing Dracula Draculing it up and being a bit sulky about the fact that his kid wants to fight him now.

I’m perhaps not doing the melodrama of the story justice here, sorry about that. Anyway, it all looks very lush and gothic and brooding, which are three things that I count amongst my personal favourite features for a game to have.

If you’re interested in this sort of thing, Konami are also doing a couple of special editions of Castlevania: Lords of Shadow 2. There’s the ‘Dracula’s Tomb Premium Edition’ which has four “miniature figurines” designed by artist Neil Googe, an A4 hardcover artbook and comes inside a tomb-like design. This is limited to 30,000 copies and (in the Uk at least) can only be found at GAME. Alongside that, there’s a “steelbook edition” for those who pre-order from Zavvi.

The press release then goes a little vague, but I think it’s saying that if you pre-order any edition of the game from a participating retailer (it doesn’t clarify who these are, but probably the usual suspects,) you’ll receive one of “the alternate ‘Premium Dracula’ suit, a ‘Dark Dracula’ costume, or a ‘Relic Rune’ pack, that adds a wealth of relic items to the user’s inventory.”

Castlevania: Lords of Shadow 2 is due for release in February, THE DARKEST MONTH.