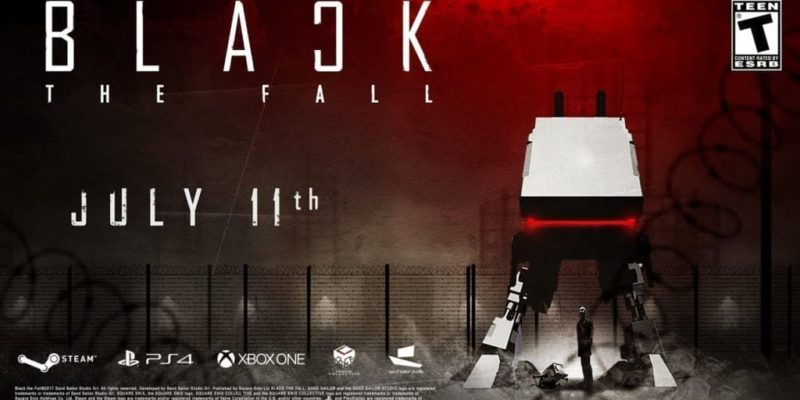 Black The Fall will launch for PC, PlayStation 4, and Xbox One on 11th July. This dystopian puzzle-platformer is the first game from indie developer, Sand Sailor Studio, and is being brought to gamers with the help of the Square Enix Collective. The game looks like the cousin of Limbo and Inside with its oppressive atmosphere and 2D puzzles & platforms. Here’s the official description of the game as well as the trailer that was released to celebrate the launch date announcement –

After decades of toil, an old machinist plots his escape from the oppressive grasp of the Communist regime. Through hidden passages, shadow and grief, he struggles. Ingenuity, reflexes, and deception are his tools. Along the road, he befriends the most unlikely creature, an abandoned little robot. Could they escape this bleak and deadly world, together?

Black The Fall will launch for PC, PlayStation 4, and Xbox One on 11th July

Vampyr gets a stunning trailer for E3

A BLOODY ADDICTION: THE CHARMS OF FRIDAY THE 13TH: THE GAME