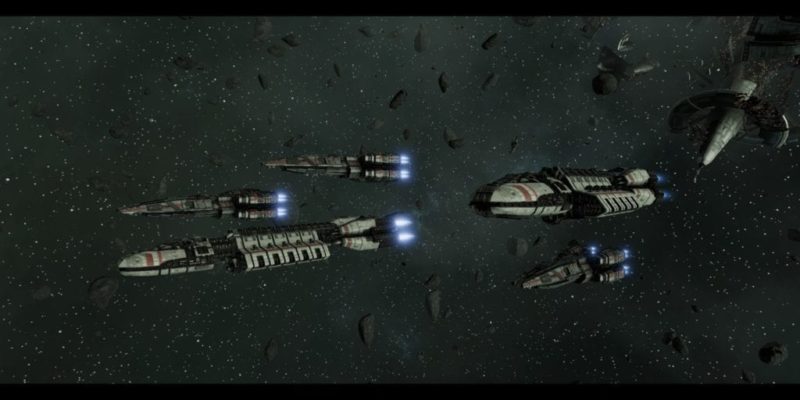 Called the Reinforcement Pack, the new content includes an expanded roster of ships adding two more per faction. The Cylons can surprise Colonials with the Phobos Tech-Cruiser take on Viper wings with Derastes Gunships.

The Colonial Fleet’s new ships include the Janus Heavy Cruise with three missile slots and there’s the new Berzerk pocket-sized Assault Carrier with its heavy turrets.

In addition to the new ships, there will be new ammo, and both the Cylons and Colonials can create and deploy new types of mines which Black Labs says “changes your tactical experience”. They also say there be a few “surprises”.

The Reinforcement Pack will release on Steam next week on 8 December. For more on the game, check out our review.