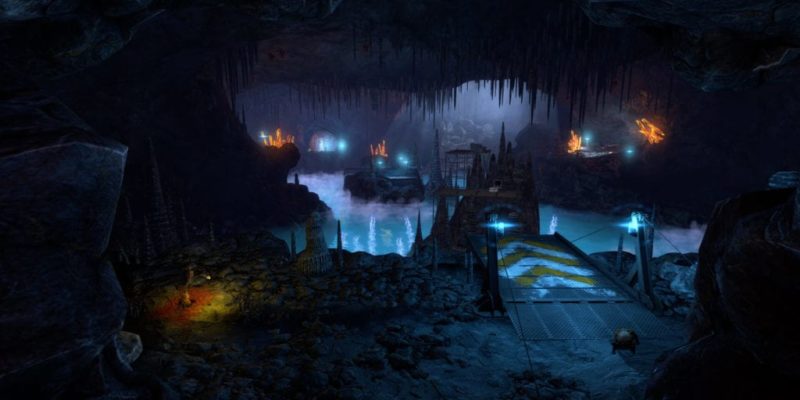 The Half Life Black Mesa Xen levels update will be coming out next year and a first screenshot to show how it’s looking has surfaced.

According to the holiday update, the team is currently focusing on gameplay wanting to “build an experience that feels both fresh and familiar”. More media is expected to appear soon but for now, this will have to suffice, This shot is “one of the less alien parts of Xen” and the “juicy stuff” will be shown later.

Xen will be released some time in the summer of 2017 which will complete this Half Life remake.