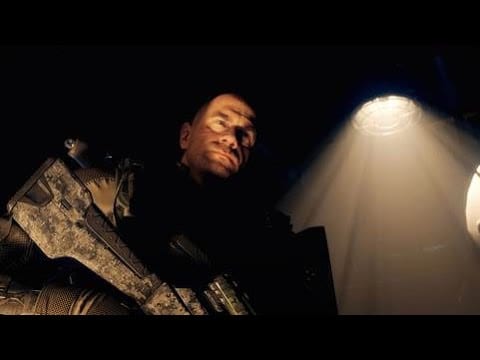 I might be misinterpreting what I’ve seen in this Call of Duty: Black Ops 3 story trailer, but it looks to me as if the plot is to save Law & Order’s Christopher Meloni from a neural interface that’s giving him flashbacks to WW2 Tiger Tanks. But that can’t be right, because it’s just silly.

I think I saw the three-eyed raven from Game of Thrones in there too though, so who knows what’s going on.

It’s a lot more involved than gruff men shooting other gruff men in the Middle East anyway, so that’s pretty encouraging. If Black Ops 3 wants to be more like Deus Ex, that’s all fine with me. The trailer seems to be motioning towards a fair amount of harrowing videogame pathos too, which could honestly go either way depending upon how seriously it wants to take itself.

The opportunity to play through weird flashbacks and brainwrong hallucinations seems alright; and a good government technology cover-up story could work too.

Here’s the trailer. Black Ops 3 is out in November.