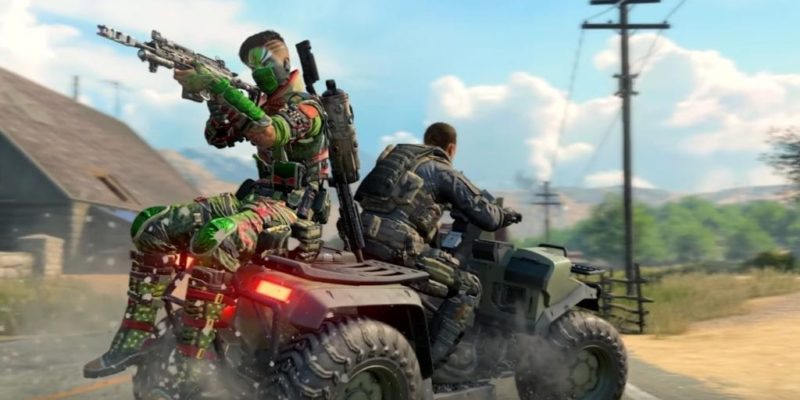 Call of Duty: Black Ops 4 has taken the world by storm since it launched a week ago. We’ve already cited the pros and cons of the game, from Blackout being a game mode that you need to experience, as well as Traditional Multiplayer leading to matchmaking misery.

There is, however, another facet of this yearly blockbuster offering from Treyarch and Activision that we still need to discuss, and that’s progression. While the game does let you rank up in its multiplayer modes, you also have a chance to acquire brand new cosmetics through the Black Market. That’s a new meta progression system where you get cosmetic rewards just by playing and taking part in seasonal events. Check out the Black Market trailer for Call of Duty: Black Ops 4 below:

Black Ops 4 And The Black Market

The Call of Duty: Black Ops 4 offerings in the Black Market are known as Contraband items. These are cosmetics that will be rewarded when you participate in seasonal events known as Operations, such as the aptly named “Operation First Strike.” This one’s expected to last for a couple of months. Here are the cosmetic rewards you can expect with each Operation or season.

There are also limited-time events, likely based on certain holidays, that will add unique rewards on top of the ones you receive from Operations. For instance, there’s an upcoming Halloween event.

Finally, those who want to take the shortcut can do so by choosing offerings from Blackjack’s Shop. Herein, players can purchase specific cosmetics for real-world money — microtransactions, of course — and the shop’s wares will change every week. 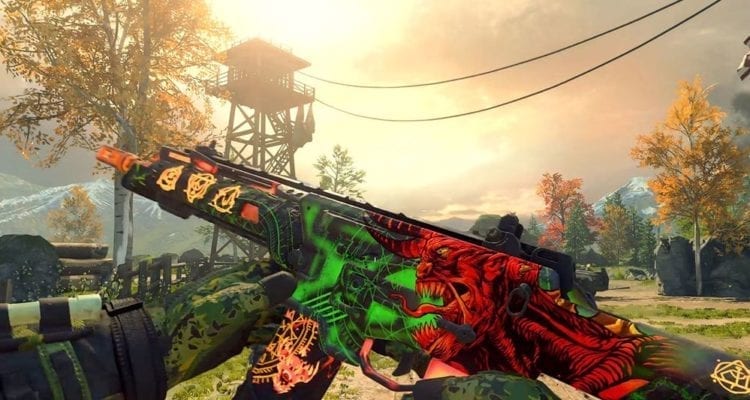 Microtransactions And Cosmetics? A Black Eye For Black Ops 4?

There’s no doubt that some players might feel apprehensive knowing that microtransactions exist in a full-priced, AAA-game. We did make mention of that in our article that discussed microtransactions in Assassin’s Creed Odyssey. Some might feel that the system in Call of Duty: Black Ops 4 wouldn’t become too intrusive. Yes, you can choose to pay with cash, but these are for direct purchases. You won’t have to worry about random rewards a la Call of Duty: World War II loot boxes in the form of supply drops.

Given that many of these offerings can be earned in-game just through regular play, it does provide you with more leeway. And, since all the items are cosmetics, nothing would provide a big spender with a massive gameplay advantage. Everything’s just for show. That is, of course, unless people use these new gestures/emotes to exploit and peak around corners.

Then again, this “you can get everything by playing” process can also be a huge grind and fairly taxing. A Reddit user by the name of DuvelMe theorized that it would take roughly six and a half hours of playtime each day just to hit the highest tier in the Black Market. Other users also mentioned playing several games (and winning a few) and not even getting past a single tier. The onus now is on Treyarch to create a means of faster progression in Black Ops 4. Otherwise, players might have to get used to the idea that the grind won’t be worth it.

PC Players Have To Wait

If you’re wondering why reports are coming from other players, that’s because they’re on PS4. The Black Market system and events in Black Ops 4 are live now for Sony’s console as a timed exclusive. PC and Xbox One users will need to wait until October 26 for the Black Market to go live. The limited-time event, meanwhile, will begin the day after.

What do our readers think? Is this a fair implementation of cosmetics and microtransactions for Call of Duty: Black Ops 4? Or will this be too taxing and frustrating even for avid hobbyists, leading more players to prefer paying with cash rather than grinding for rewards?

Crossroads: Forza Horizon 4 vs. The Crew 2