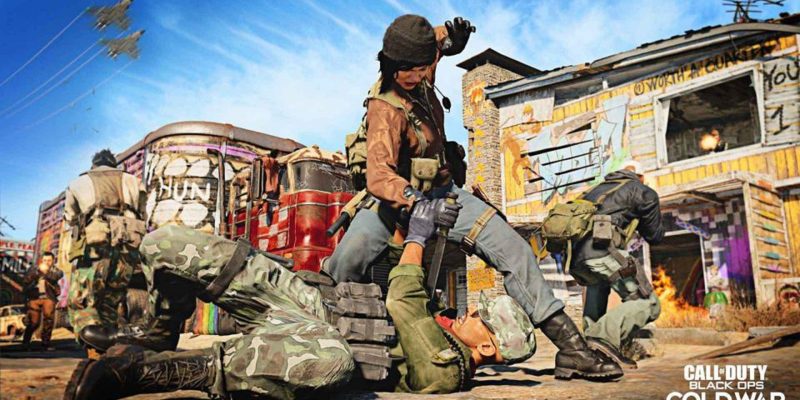 Finishing moves were first added to Call of Duty: Modern Warfare in 2019 and they have continued into Black Ops Cold War. Using a finishing move allows you to get an impressive kill with various animations. This includes transitioning into a flashy animation with a knife, or sending dogs to finish off your opponent. Since they were introduced to Call of Duty, they have been a popular addition to the game. You can acquire these unique ways to kill an opponent through purchasing them in an in-game bundle, or by unlocking them through the battle pass. Now, players are calling for the ability to be able to cancel a finishing move before the animation has completed.

On the Call of Duty: Black Ops Cold War Reddit page, finishing moves have become a hot topic of discussion. A player posted a clip of them completing a finishing move, but they are unable to disable it. As a result, they miss out on potentially achieving a double kill. This frustration was shared by various Black Ops Cold War fans who have encountered the same issue.

Another problem that has been raised in relation to finishing moves is that you are left exposed. A finishing move lasts a few seconds. In that time, you are left out in the open and you can easily be spotted by an enemy who may catch you in the act. Additionally, when you are performing a finishing move, your kill is not always guaranteed. In the past, players have expressed their frustrations that a teammate can come in and take your hard-earned kill before the animation has completed.

It will be interesting to see if the developers will address any of these concerns and allow players to cancel finishing moves in Black Ops Cold War. In the past, community input has resulted in Treyarch rolling out requested changes in patch updates.

I think there should be an option to disable the finishing moves if you want. No matter how quick or many times I press the button most of the time this happens. I missed so many double kills. from blackopscoldwar

Among Us Love Couple mod gives you another way to win