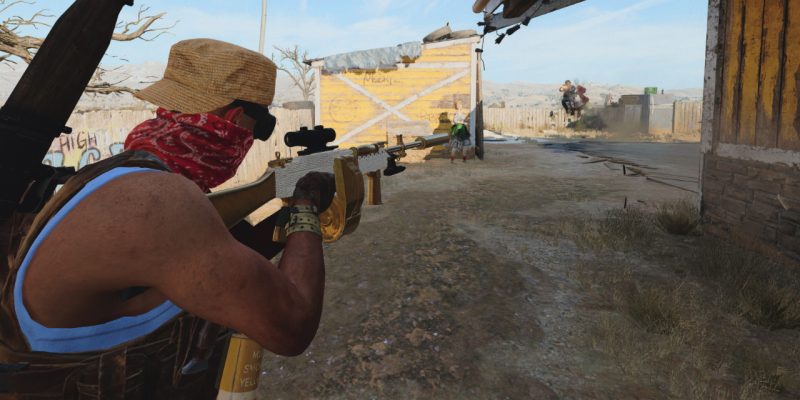 It’s no secret that leveling up guns fast in Call of Duty: Black Ops Cold War can be challenging. For whatever reason, Treyarch has greatly nerfed the experience rates when compared to Modern Warfare. The result of this is that getting a primary gun to its max level usually takes around 1,200 kills in regular multiplayer.

If you were to average 15 kills a game, then it would take you 80 matches to cap out a gun. A regular game of Call of Duty typically lasts around seven minutes — depending on what game modes you play. At seven minutes a game, it will take you just over nine hours to level up your weapon. Considering there are 22 primary guns in Black Ops Cold War, that’s a staggering 200 hours to level up every one of them. If you were to include pistols and shotguns, that number goes up to about 250 hours. And that’s not even taking into account the extra time needed if you want to complete the gold camo challenges, too.

Assuming that you don’t want to spend the next 250 hours of your life grinding CoD, here’s what to do. Most regular multiplayer modes simply aren’t viable for fast gun leveling. Equally, the Zombies mode in Black Ops Cold War may be fun, but it provides painstakingly slow experience rates. But there are two game modes that can help speed up the grind considerably: Dirty Bomb and Warzone‘s Plunder.

A new addition to this year’s Call of Duty, Dirty Bomb is a team-based objective game mode. By either killing players or looting nearby crates, players can acquire uranium. You and your team then have to deposit the uranium at the various dirty bomb objective sites. Once 20 uranium has been deposited, these sites become active, and it’s a race to become the first team to detonate the bomb. Doing so will net your team a ton of score points and shoot you up in the leaderboard.

While the game mode is fun and offers something different to regular multiplayer, that’s not why we’re playing it. Instead, it’s the incredible experience rates offered for killing enemies. On average, a kill in Dirty Bomb is worth more than two times that of regular multiplayer. And yet it’s  definitely not more than two times as difficult to get kills. In fact, with the right loadout and an aggressive playstyle, I’d argue that it’s easier to get kills due to how many players are in each lobby. 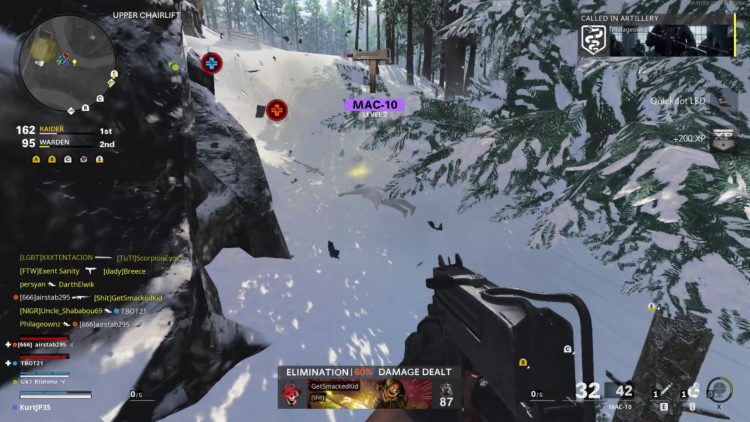 Playing the objective doesn’t provide much gun XP in Dirty Bomb, but it is a great way to progress through the seasonal battle pass and work through the prestige system.

The strategy to get the most value out of gun leveling in Dirty Bomb is straightforward. You’ll want to land close to Dirty Bomb sites and rush any enemies you see. There’s even the option of following other players parachuting in and then killing them as soon as you both land. Obviously, it’s in your best intentions to focus on the sites that have more players dropping on them.

The only exception to that approach is if you’re leveling up light machine guns and sniper rifles. These are far easier to use at longer range, so landing on top of a dirty bomb site will often see you outgunned. Instead, you’ll want to land just outside of the dirty bomb, preferably in a location with good sightlines. Once that’s achieved, you just sit back and pick enemies off as they arrive one by one.

The Dirty Bomb method depends on a couple of things. One, you have to actually have decent enough mechanics to secure 20-plus kills a game for it to be worthwhile. Also, it requires a lot of concentration due to the constant moving around of Dirty Bomb’s objectives. However, there is an alternative for those who want a more relaxed approach to fast gun leveling in Black Ops Cold War.

Plunder is a game mode in the free-to-play CoD spin-off, Warzone. Unlike the main battle royale game, Plunder sees players working their way around Verdansk collecting money. Similar to Dirty Bomb, this is mostly done by killing players or looting nearby crates. But there is one difference that makes Plunder a viable method of fast gun leveling: the contracts you can find scattered around provide fantastic weapon experience rates. 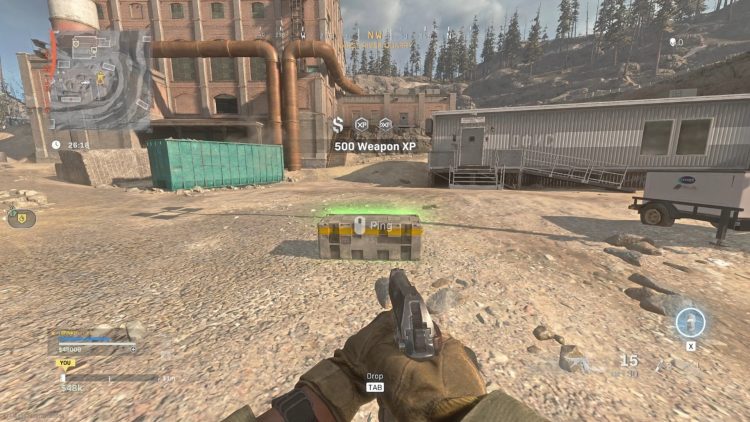 Using a car you’ll get around eight or nine contracts done a game. With a helicopter, expect to complete around 14.

Specifically, it’s the Supply Run contracts that you’ll want to be completing. Start out every Plunder game by opening up your map and marking a Supply Run contract. Track it down, pick it up, and complete it. These contracts require you to travel to a faraway buy station to be redeemed. Therefore, it’s best to grab yourself a vehicle early on to speed up the process. Although a truck or car works okay, a helicopter is best overall as it lets you get through contracts the fastest.

Just remember that, when opening up the buy station to complete the contract, you need to have the correct gun equipped. If you wanted to level up your Black Ops Cold War MP5 fast, then you should be holding said MP5 when you open up the buy station menu. Every completed contract will award 500 weapon XP. This isn’t the absolute fastest method, but it doesn’t require much attention or effort on your part. Finally, if you can’t find any supply run contracts, nearby recon contracts work well too.