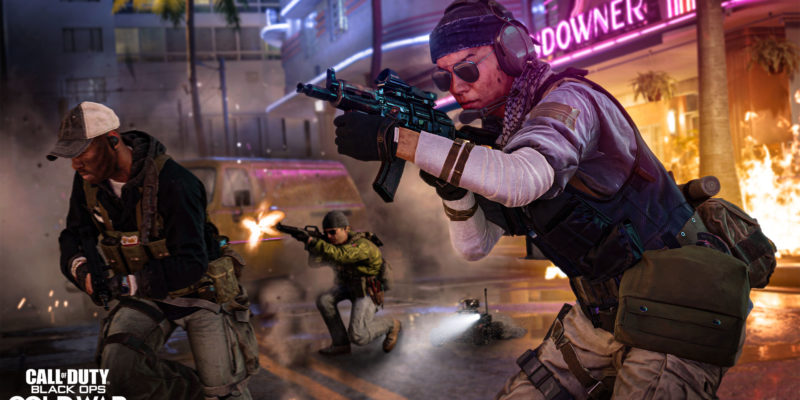 A little more than a week before its official release, Call of Duty: Black Ops Cold War has received an update to its PC specs, and they should make every PC player very happy. The game’s formerly egregious, hard drive-bursting maximum file size of 250 GB has been reduced by half.

For PC players that managed to get their hands on any of Nvidia’s RTX 3000 Series cards, this should be wonderful news. Running the game at its highest specs, in 4K with ray tracing enabled, will now eat up a comparatively paltry 125 GB of drive space. Now, the game should be able to fit on whatever drive players choose.

File sizes for Call of Duty: Black Ops Cold War have come down across the board as well. Players looking to simply run the game at 1080p won’t have to worry about deleting other titles any more, as the game will take up a reasonable 82 GB of disk space. That’s for players looking to run the game at 60fps at medium settings, with ray tracing on, or at a higher fps with a high refresh rate monitor. To put it simply, unless the game is running at 4K, it’s not going to take up over 100 GB of space. For comparison’s sake, it was also recently revealed that Black Ops: Cold War would have a total file size of over 130 GB on both the PlayStation 5 and Xbox Series X. 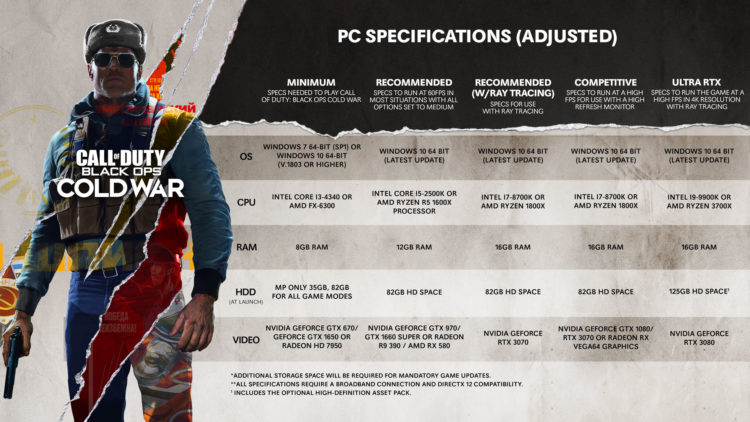 And the good news just keeps on coming. For the players that aren’t interested in the game’s campaign and meeting a virtual Ronald Reagan, the required file size for its multiplayer has also been shrunk down. Playing some Black Ops with friends will now only cost players a measly 35 GB.

While the news that Black Ops Cold War won’t be eating up drives with its bloated file size is fantastic, nobody should start celebrating just yet. These measurements are for the game when it launches, and will undoubtedly increase as the game receives updates and more content.