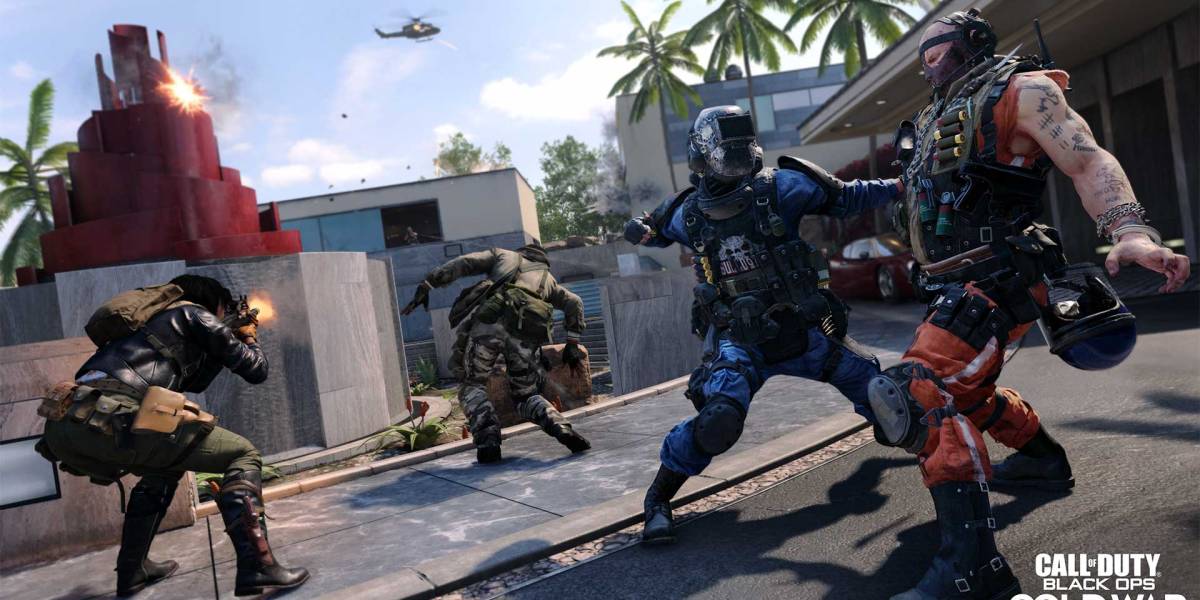 Call of Duty: Black Ops Cold War Season 1 launched yesterday. It provided players with a variety of new content across all game modes. Call of Duty: Warzone players have been able to access the new Rebirth Island, as well as Black Ops Cold War guns in the battle royale for free. If you want to access multiplayer, you have to purchase the full game. However, if you want a taste of what multiplayer has to offer, a free access week has been confirmed. In addition, you can hop into the available playlists with your friends that may already have the full game.

A Call of Duty blog post outlines that the free access week will begin on December 17 at 1 PM EST. You will then have until December 24 at 1 PM EST to play the maps and modes that will be made available. This week will be divided into two stages, with more game modes being added into the rotation in stage two.

The first stage of access to the Call of Duty: Black Ops Cold War free week starts on December 17 and runs until December 21. During this stage, you will be able to play classic modes such as Team Deathmatch and Domination. Also, the fan-favorite Modern Warfare 2019 mode 2v2 Gunfight will feature. The Nuketown holiday 24/7 and the Raid and Mall playlist will be available to jump into as well.

The second stage of the free access week will begin on December 21 and last until December 24. This will see the addition of prop hunt into the rotation. Finally, this will be accompanied by the combined arms hardpoint mode and Fireteam: Dirty Bomb.

How about some double XP for Black Ops Cold War too?

In addition, a double XP event will take place from December 18 to December 21. Even if you are in the free access week, you will be able to participate and earn weapon bonuses. If you would like to see what multiplayer has to offer, this is an action-packed week that is not to be missed. 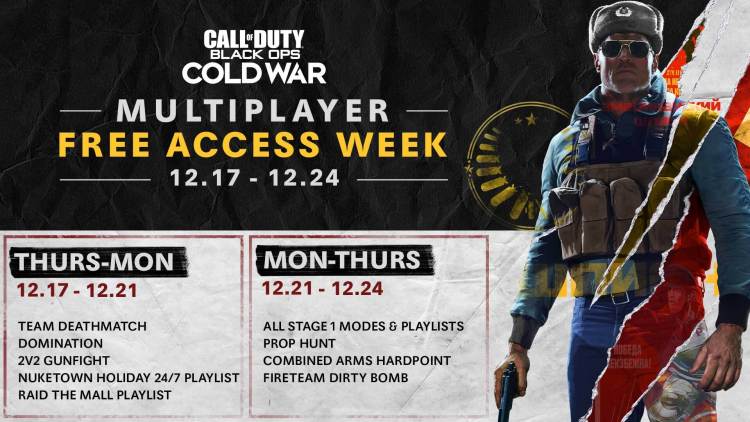 By Matt Henzel22 hours ago
Guides