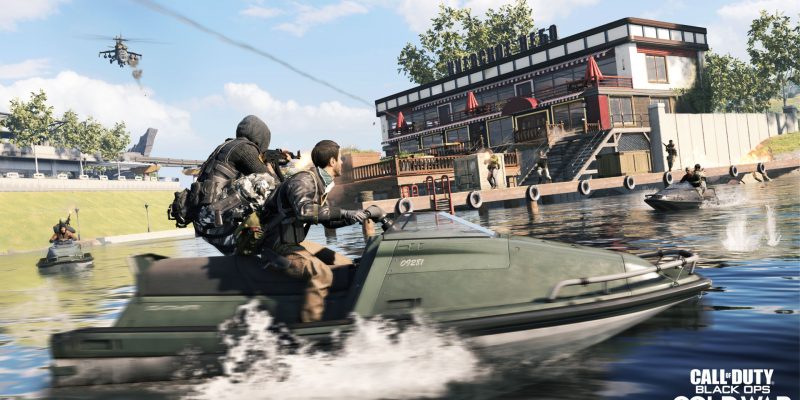 Season Two for Call of Duty: Black Ops Cold War and Warzone is expected to be arriving pretty soon. The first season brought a lot of content for players to enjoy. At the time of writing, the developers have not given any hints at what players should expect. However, a new leak suggests that a new Zombies mode may be on its way. In addition, some Black Ops Cold War weapons are involved in the leaks which players may be able to use in the next season.

According to a leaker known as Okami, there could be a new mode named Outbreak coming soon. Supposedly, it is an open-world Zombies game mode and it is co-op. The potential upcoming playlist will take place on a large Fireteam map. This would not be the first time that Treyarch incorporated Zombies into a large-scale area. Call of Duty: Black Ops 4’s battle royale, Blackout, had zombies spawning around the map.

Another leaker, TailsDoll553, outlines four weapons that are rumored to be coming to the game. The first is the NTW-20 bolt-action sniper rifle which deals high damage. Next, a weapon called the AI-LC10 is expected to arrive, with its only description being that it is a fully automatic submachine gun. The final two weapons are expected to be melee weapons. The first is a Machete. The second is described as an E-Tool, which is a shovel.

this seems to be the upcoming sniper coming to cold war/warzone called the NTW-20 pic.twitter.com/doiR5h7a3W

Without any confirmation from Activision or Treyarch, it is difficult to know if and when the weapons and game mode will arrive. With Season 2 expected to launch towards the end of February, we should not have to wait long to find out. As an open world Zombies mode is quite unique to the franchise, it is likely that the mode would be popular among fans. Also, the weapons revealed in the leaks could alter the meta in both Black Ops Cold War multiplayer and Warzone.