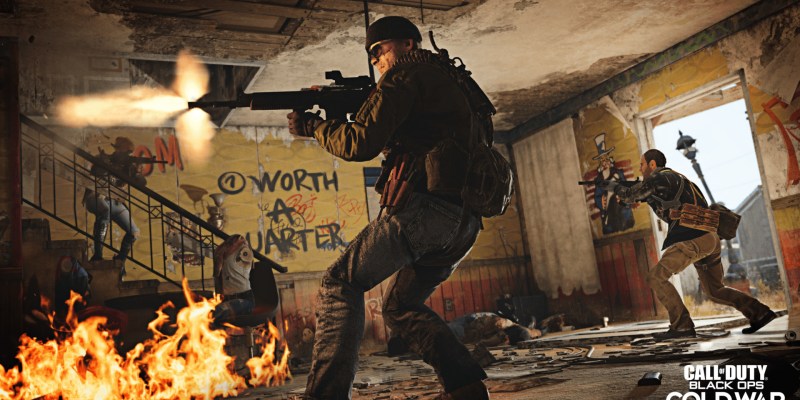 Call of Duty: Black Ops Cold War has brought a variety of content for players to enjoy, with more to come in Season 1. So far, we know that the iconic map Raid will make a return, along with a new Warzone experience. According to a new leak, the game mode Prop Hunt could also make a return in Black Ops Cold War. Prop Hunt is a popular mode where a team of props hides around the map and the enemy team hunts them down. In past Call of Duty titles, the props have been many different objects with the ability to taunt.

Dataminers were able to retrieve a full set of voice lines referring to Prop Hunt in Call of Duty: Black Ops Cold War. As you can hear, it appears that all of the announcers have lines related to the game mode. In addition, there are a few lines which reference hardcore prop hunt and barebones variants of the game.

It is unknown when the game mode will be released. Without confirmation from Activision or Treyarch, it is also unknown if this mode will be released at all. It could be that Prop Hunt, or the hardcore and barebones variants have been scrapped. However, it will not come as a surprise if Prop Hunt does make a return. It has appeared in a multitude of past Call of Duty titles. That includes Call of Duty: Black Ops 3, Black Ops 4, Modern Warfare Remastered, and WWII.

There is no doubt that Prop Hunt would be welcomed by Call of Duty: Black Ops Cold War fans. Players may be more eager than ever to jump into the action as Prop Hunt did not feature in Call of Duty: Modern Warfare 2019. It will be interesting to find out what the hardcore and barebones variants will entail. All may become clear when Season 1 begins on December 16.