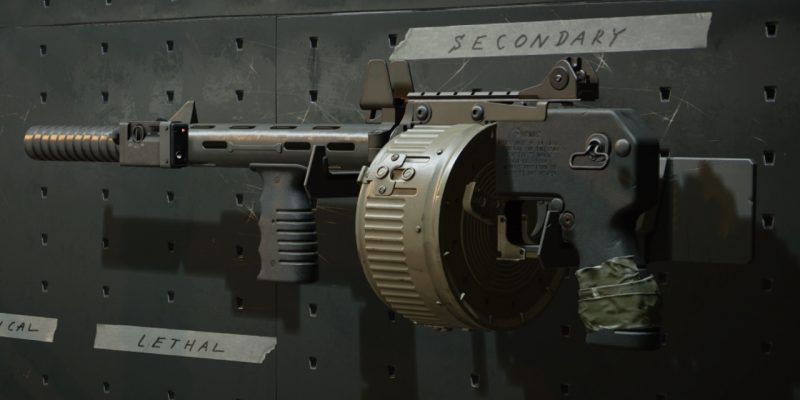 This year’s Call of Duty launched without an automatic shotgun. But as part of the Black Ops Cold War Season One update, Treyarch added the Streetsweeper. Based on the real-life Armsel Striker, the Streetsweeper is a 12 gauge shotgun most notable for its revolver-like reload mechanism. Cold War is only the third Call of Duty this shotgun has ever featured in, with its last appearance in Modern Warfare 3.

Auto shotguns haven’t had the best of luck in recent years with them generally being outperformed by pump-action and semi-auto competitors. However, the Streetsweeper is a viable secondary that can match both the Hauer-77 and Gallo SA12. Unfortunately, much like the other shotguns, this isn’t strong enough to be run as a primary weapon. The biggest reason for this is that it shreds through its magazine thanks to its fast fire rate and takes an age to reload. Trying to use the Streetsweeper as your main gun will cause you spend more time reloading in cover than actually engaging in gunfights.

Unless you opt for Gunfighter to improve your primary weapon, Perk Greed is the best wildcard to use. If you plan to run around and close the gap on your enemies, both Ghost and Ninja are basically required. Other scouting perks like Assassin and Forward Intel are also useful for predicting spawn rotations. Otherwise, any of the other typical meta perks like Flak Jacket are good choices.

As standard with every shotgun, the 5Mw Laser Sight is a must use. Arguably, it’s even more important with the Streetsweeper than the other two. You aren’t likely to aim down sights (ADS) very often with this, so doing anything possible to narrow your hip-fire spread is a must. Of all the attachments in Black Ops Cold War, none offer a better reduction than the 35% provided by this. Also, the only con is a 20 ms increase to ADS time, which is negligible given the Streetsweeper’s fast handling. 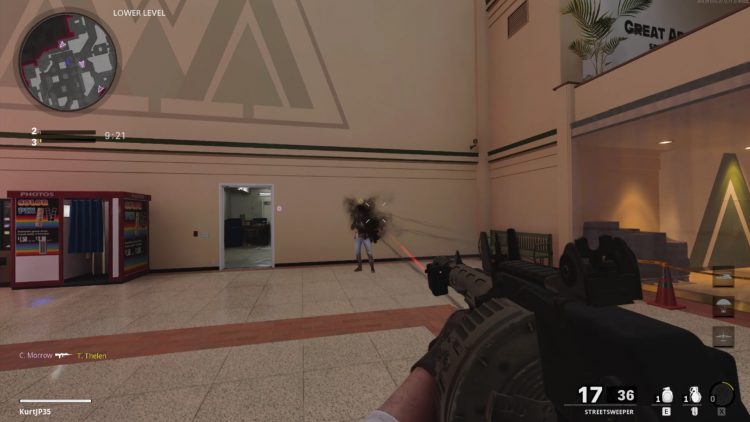 The hip-fire on the Streetsweeper is very forgiving. Even when off target, you can deal some surprisingly good damage.

Bizarrely, the STANAG 18 Rnd drum has no downsides when used on the Streetsweeper. The in-game description claims that it reduces your reload quickness by 32%, but this isn’t strictly true. It only takes longer to reload, because you have six more shells in your drum. That makes this a no brainer since it provides extra ammo and magazine capacity at no cost.

For once we’re going to use the Serpent Wrap over the Airborne Elastic Wrap. Even though the extra 5% ADS improvement given by the Elastic Wrap is nice, it’s not overly required. Instead, I prefer using the Serpent Wrap as it doesn’t hurt our sprint-to-fire time as much. Given how much you’ll be hip-firing with this, I prioritize sprint-to-fire speed over ADS speed. Although the Airborne Elastic Wrap is still a decent alternative if you value the ability to drop shot. 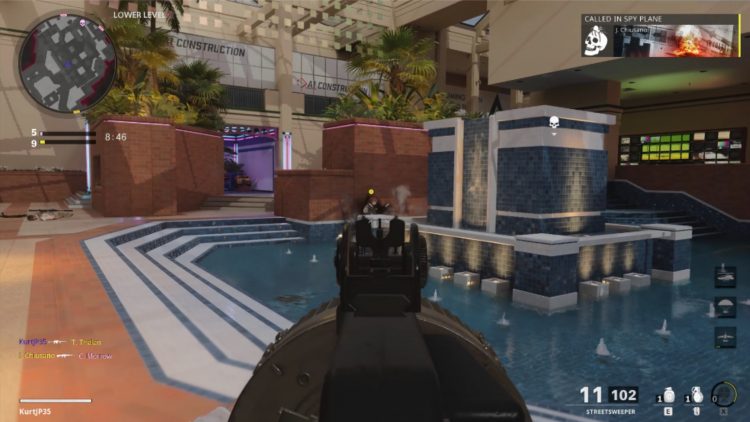 As an auto shotgun, you’d expect its range to be woeful, but the Streetsweeper maintains a decent time-to-kill up to 17 meters.

My choice of stock was a little harder to decide on than I expected. I ended up opting for the No Stock attachment as the 40% improvement for the sprint-to-fire time is incredible. However, this does give a 15% reduction to hip-fire accuracy, which isn’t ideal. Of the six stocks offered in Black Ops Cold War, the only other one that could be decent on the Streetsweeper is the Wire Stock. This offers a smaller improvement to the sprint-to-fire time, but has no downsides. Which one of these you opt for is widely personal preference.

The only other change you could make for this build depends on what game modes you play. For those that prefer hardcore modes, I’d recommend switching out No Stock for the Duckbill Choke. This muzzle is usually a poor choice, but on the Streetsweeper is makes the shell spread extremely wide. In a game mode where everything kills in one shot, having such a wide spread is fantastic. It makes your shots extremely forgiving as long as your target is within 15 meters or so.