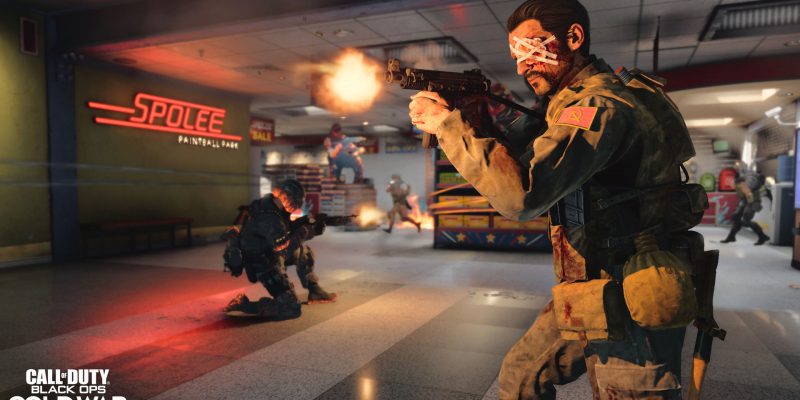 The initial launch of Call of Duty Season Four introduced a lot of new content into the game. With the Black Ops Cold War and Warzone mid-season update just around the corner, the Season Four action is about to step up again. In a roadmap, the developers have outlined what fans can expect to see when the mid-season update rolls out on July 15.

The main focus of the Black Ops Cold War mid-season update is on Zombies. Already, we have learned a lot of information surrounding the new round based map, Mauer Der Toten. However, the new content for the fight against the undead does not stop there. The perk Mule Kick will allow you to carry three weapons, instead of the standard two. In addition, the mid-season update will introduce the LT53 Kazimir grenade. With all the right ingredients, you will be able to craft these at crafting tables. Once thrown, the grenade will suck up zombies that are nearby.

In terms of Black Ops Cold War multiplayer, the mid-season update will introduce new game modes and a familiar map. The game mode Capture the Flag will return, which has featured in countless Call of Duty titles in the past. A mode you may be less familiar with is the new Paintball Moshpit. Later on in the season, the paintball game mode will be expanded from the paintball course to more maps. Speaking of the paintball course, Rush is returning, which was originally release in Call of Duty: Black Ops II. The small arena map guarantees fast paced, close-quarters combat. 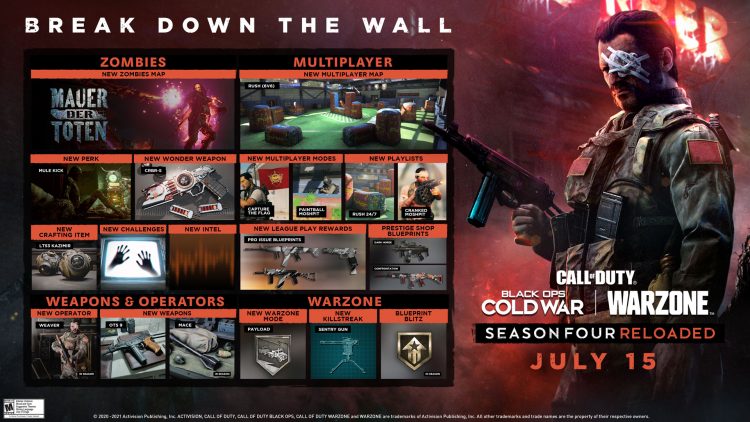 The mid-season update does not leave out Warzone

Turning to Call of Duty: Warzone, the OTs 9 submachine gun will be the latest weapon to be added into the battle royale and multiplayer. For context, the weapon can be compared to the Bullfrog, but slightly better in terms of power and fire rate. The mid-season update will also introduce Warzone’s first objective based mode. The 20v20 mode will be known as Payload, and the attacking team will have to take vehicles to the checkpoint, while defending players will have to obstruct attackers. Next, Warzone will get a new sentry turret killstreak, but there is a catch. You can only obtain the sentry turret in an extremely rare legendary item drop when you go through a Red Door.

For PC, the mid-season update is expected to be 13 GB without the HD pack and 21.2 GB with the HD pack.

Call of Duty: Warzone hack is allowing players to have an unlimited UAV