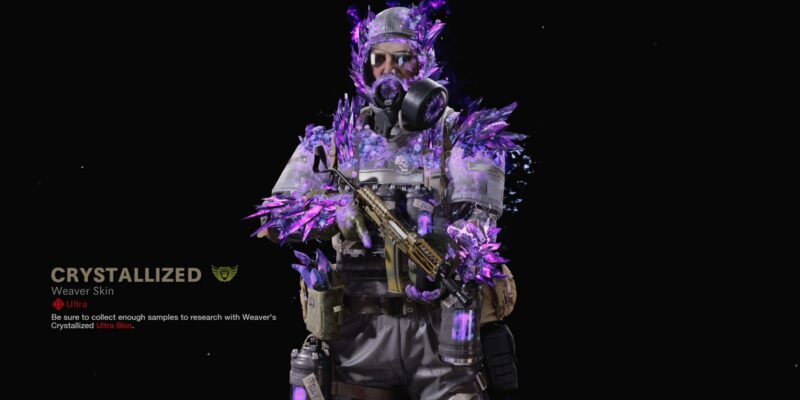 Since the launch of Season Five, there’s been a lot of new content for Call of Duty: Black Ops Cold War and Warzone players to try out. From new weapons to game modes, the season has not been short on content. Another aspect of the game that is regularly updated is the Call of Duty in-game store. There, you can spend your Call of Duty points on bundles which contain skins, weapon blueprints, emblems, and more. Recently, a Zombies-themed Weaver skin which is covered in Dark Aether crystals became available for fans to purchase in Black Ops Cold War. Although the Weaver skin is visually appealing, it is causing problems in matches due to a a bug in Black Ops Cold War.

The Call of Duty leaker known as @ZestyCODLeaks on Twitter shared a video which demonstrates the issue with the Weaver skin. While in a multiplayer match, the player realized that aim assist was absent when they were trying to take down an enemy using the skin. The player further investigated the issue in a private match. As you can see from the video, aim assist failed to kick in. Even when the the crystallized Weaver was moving, the player could not hit a single shot.

The leaker also stated that it is currently unknown if the Weaver skin bug is present in Warzone. It is definitely a strange bug that needs to be resolved. At the time of writing, Treyarch has yet to respond and the skin remains in the in-game store. There is no doubt that players using this skin will be at an advantage in a gunfight. To keep an eye on the bugs and glitches the developers are working on, you can check out the Black Ops Cold War Trello Board.

How to unlock the Marshal in Call of Duty: Black Ops Cold War and Warzone